On April 27, the incident was first reported by the contractor on-site to officers. A few days later, police found five ropes that could be interpreted as nooses. 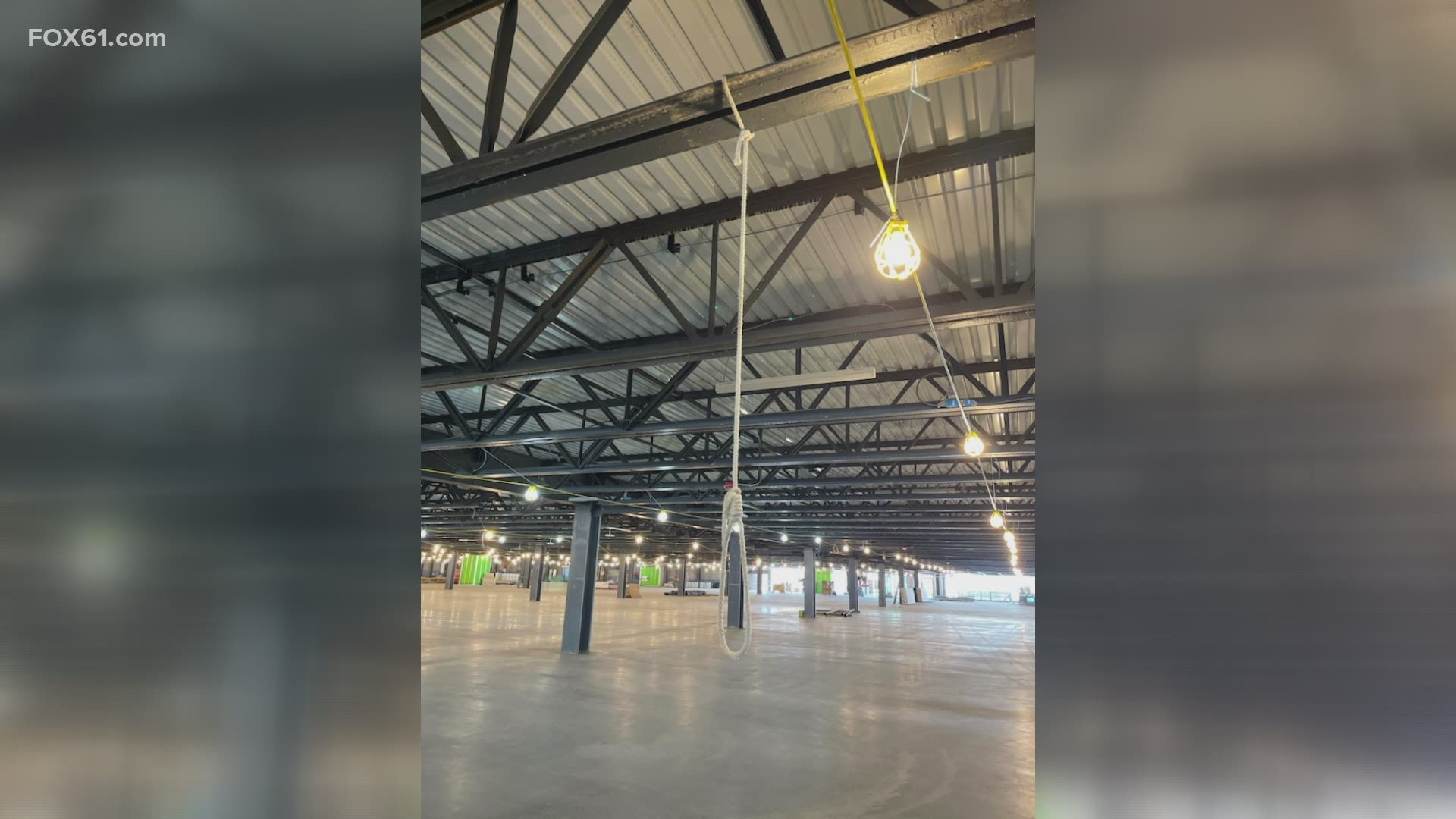 WINDSOR, Conn. — The NAACP along with Windsor town council members and state representatives including Lt. Gov Susan Bysiewicz held a press conference on Friday after a noose was found and similar incidents were reported at an Amazon construction site in April.

Local leaders expressed their absolute discussion and anger at the noose being found at the site. Lt. Bysiewicz said she and Gov. Ned Lamont will do everything they can to help with the investigation while condemning the incidents.

Police released a brief update Friday regarding their investigation into the noose that was found.

Officers first responded to the construction site on April 27 after receiving a suspicious activity complaint. A construction supervisor told police a safety team documented the incident, removed and threw away the noose.

A viewer sent FOX61 News a photo of the apparent noose. Police confirmed the rope in the photo was the one under investigation.

Credit: Provided to FOX61
Noose found at Amazon warehouse in Windsor on April 27.

Police said an email was sent out to all the employees telling them of the incident. Police added the area where the noose was found is not monitored by surveillance cameras and hundreds of employees from multiple companies have access to it.

Officers said there are not any leads or suspects at this time.

On April 28, police again responded to the second report of a rope thrown around a beam. Police say that incident was not a noose.

Police responded a third time to the site on April 29 after they were told there were five additional ropes that could be interpreted as nooses, found at various locations on different floors in the building.

Police say they have continued to interview employees that were on-site during the times in question. Police added the areas in question are not monitored by cameras and hundreds of employees from multiple companies have access to them.

The NAACP said in a statement that it's demanding Windsor police request help and manpower from state police and the FBI.

"Mere information sharing among agencies is simply not enough; and only serves to perpetuate the narrative that Black lives have little or no value, and that our concerns are not taken seriously," said the NAACP in a written statement. "The presence of these nooses and ropes pose a clear and present threat and danger to African Americans and persons of color not only at this Amazon facility, but in the community at large."

Police say the evidence recovered at the scene is being processed at a state lab. As of May 5, police have not identified a specific group as a target of the hate incident.

Friday evening, Scannell Properties said it has also committed to contributing an additional $10,000 reward towards the $5,000 reward being offered by R.C. Andersen construction company.

Amazon did release a statement regarding the incident:

"We're deeply disturbed by this incident. Hate, racism or discrimination have no place in our society and are certainly not tolerated in any Amazon workplace — whether it be under construction like this one, or fully operational."