Police said they responded to the site three days in a row for similar incidents. On Thursday, they found five ropes that could be interpreted nooses. 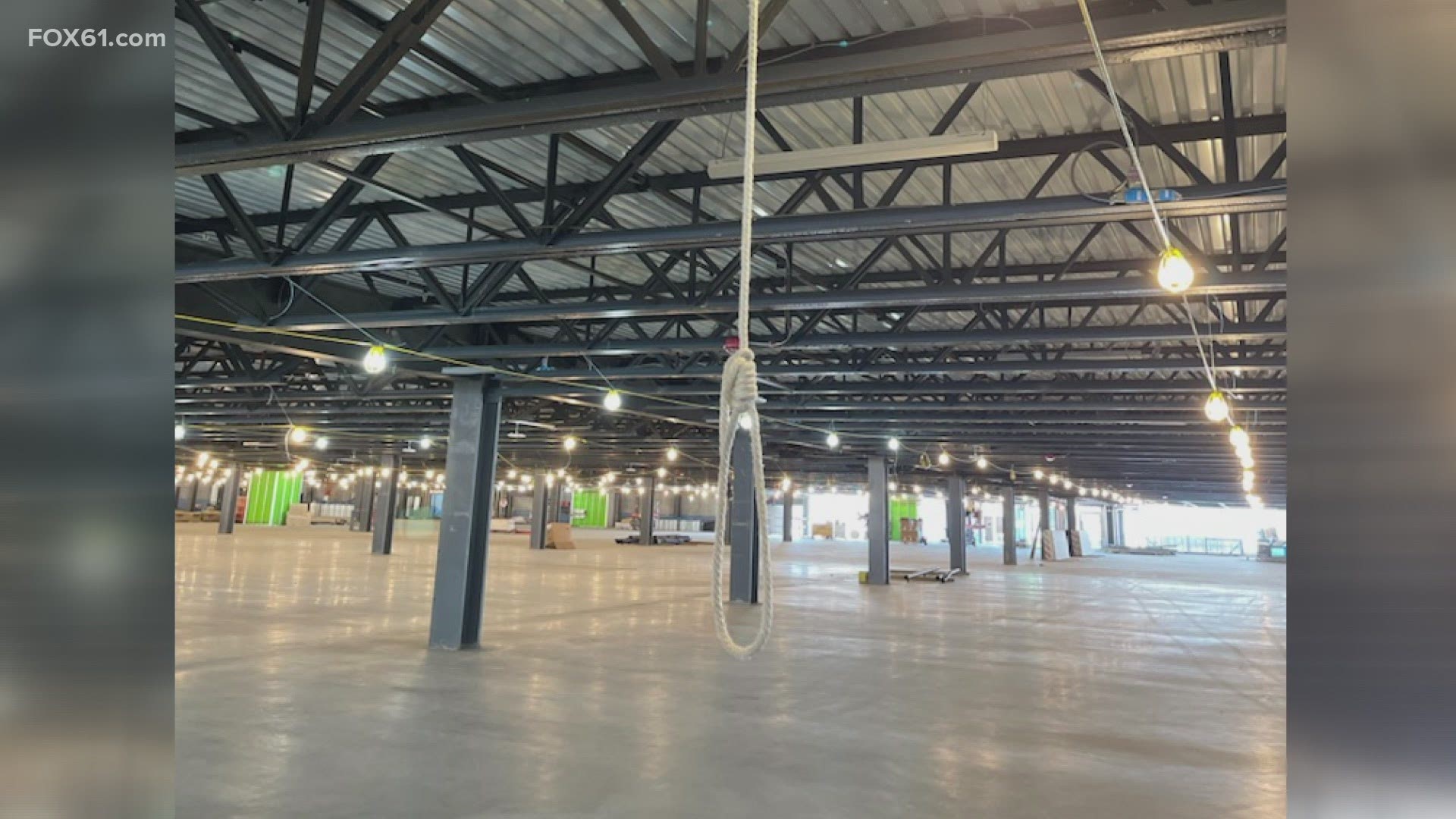 WINDSOR, Conn. — Police said at least one noose and five more ropes that could be interpreted as nooses were found hanging inside an Amazon construction site in Windsor.

Officers first responded to the construction site on April 27 after receiving a suspicious activity complaint. A construction supervisor told police a safety team documented the incident, removed and threw away the noose.

A viewer sent FOX61 News a photo of the apparent noose. Police confirmed the rope in the photo was the one under investigation.

Police said an email was sent out to all the employees telling them of the incident. Police added the area where the noose was found is not monitored by surveillance cameras and hundreds of employees from multiple companies have access to it.

Officers said there are not any leads or suspects at this time.

On April 28, police again responded to the second report of a rope thrown around a beam. Police say that incident was not a noose.

Police responded a third time to the site on April 29 after they were told there were five additional ropes that could be interpreted as nooses, found at various locations on different floors in the building.

The ropes from this incident were taken as evidence and police said they will be tested to identify a potential suspect.

"Seven incidents we believe are connected, that's part of our investigation," Power said.

The president of the Connecticut NAACP released a statement on the incidents:

Update from Windsor police after a noose was discovered at the future home of the Amazon warehouse on Kennedy road on Monday. 5 new ropes found today that police say could be "interpreted as nooses" ⁦@FOX61News⁩ pic.twitter.com/kLY82Ytvpr

Police say the general contractor has been "proactive in addressing these incidents" and working with them. On Wednesday morning, the site had a meeting discussing the initial incident. An anti-discrimination/discrimination awareness training was also held on-site.

A spokesperson for Amazon said, “Amazon does not tolerate any behavior deemed hateful, racist, or discriminatory.”

FOX61 spoke with Justin Waters on his lunch break. The 34-year-old said he moved to New England from Georgia and never expected this.

"There was a lot of racism, a lot of separatism. The proms I went to; a black prom and a white prom," said Waters. "It’s you know, to come up here, I didn’t think it would be like that up here. I moved up here to get away from it.”

A $5,000 reward is being offered by the general contractor for any information identifying anyone responsible for the incidents.