A woman who did not want to be identified kicked the thief and his box cutter until he gave up and walked away. 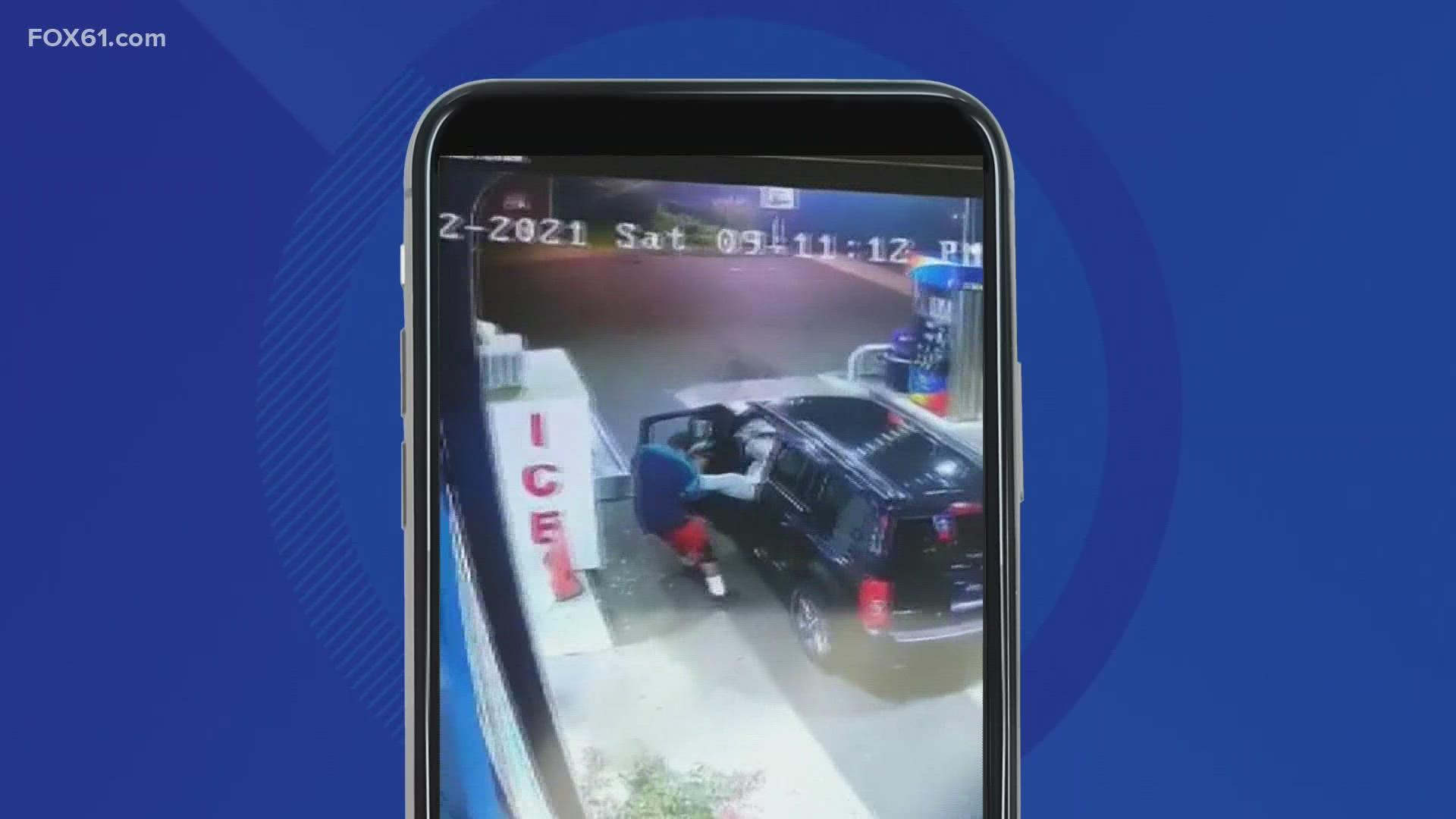 NEW BRITAIN, Conn. — A New Britain woman shared a strong message of caution after she said she was attacked and nearly had her car stolen earlier this week.

It happened at the Sunoco gas station on Stanley Street.

In this case, she was able to fight off the thief and keep her car.

The woman, who did not want to be identified, told FOX61 she believed the thief hid behind the rose bushes and chose to attack her knowing she was a woman and by herself.

The whole incident was caught on surveillance cameras.

"I said to myself, 'either you defend yourself or he's going to take it,'" she recalled.

In the footage, the woman is seen talking on her phone, about to enter her Jeep. As soon as she gets in, the thief quickly approaches her, stops her from closing her door and yells at her.

She said the thief threatened her and said he had a gun, but never showed one.

Seconds later, she said he whipped out a box cutter and that is when she got into defense mode. She wrapped her right arm around her steering wheel to prevent him from pulling her out of the car all while she kicked him and the box cutter out of his hand.

A clerk then came out of the gas station after he heard the commotion and ran back inside to call 911.

"I was not going to let him do that. I work too hard for what I have. There's so many things people say 'oh I would've done, I would've done," she said. "It takes you five seconds to figure it out and say 'either you help yourself or you let him take whatever he wants to take.'"

The thief continued to attempt to pull the woman out of the car and eventually, he gave up, shutting the door in frustration and walking away.

"It was a self-gratitude accomplishment I guess," the woman said.

The surveillance footage is now also in the hands of police who are working to get the man off the streets.

Police said they can keep reminding people to stay vigilant, but it is the law that needs to change.

"We keep arresting the same individuals over and over again and we're seeing that when that occurs, the thieves and the criminals are emboldened and they keep committing these crimes because they know there's no punishment for it," Chute added.

Police said the thief is 35 to 40-years-old with black hair and a thin mustache and beard.

He was last seen wearing a black, teal blue and purple sweatshirt with red and black shorts.

While that suspect is still on the loose, the woman had this message for him.

"I know you came from a woman. How dare you do what you did to me? How would you feel if someone did that to your mom?" she said.

The clerk of the gas station who witnessed the incident did not want to go on camera but said the thief is known to walk around New Britain, hide in corners, waiting for his next opportunity to steal someone's car.