HARTFORD – Connecticut continues to make strides in the fight against homelessness. The U.S. Department of Housing and Urban Development (HUD) released its 2019...

HARTFORD – Connecticut continues to make strides in the fight against homelessness.

The U.S. Department of Housing and Urban Development (HUD) released its 2019 Annual Homeless Assessment Report to Congress last week. The report found that  in Connecticut, 3,033 persons experienced homelessness on a single night in January 2019, a decrease of 23.7 percent from 2018.

That’s in contrast to national numbers, where HUD says 14,885 more people were found to be homeless since 2018. But homelessness among veterans and families with children continued to fall, declining 2.1 percent and 4.8 percent, respectively, in 2019.

The national estimate is based on data from 3,000 cities and counties. Every year on a single night in January, agencies and tens of thousands of volunteers go out to identify who is living in emergency shelters, transitional housing programs, or on the street. HUD says these one-night ‘snapshot’ counts, as well as full-year counts and data from other federal agencies, are crucial to understanding homelessness.

The next count in Connecticut is January 21st. Doctor Richard Cho, the CEO of the Connecticut Coalition to End Homelessness, joined Aisha Mbowe on the FOX61 Morning News on Sunday, and said they are in need of volunteers to help in the annual “Point-In-Time” Count . Visit their website for more information about the count and how to volunteer. 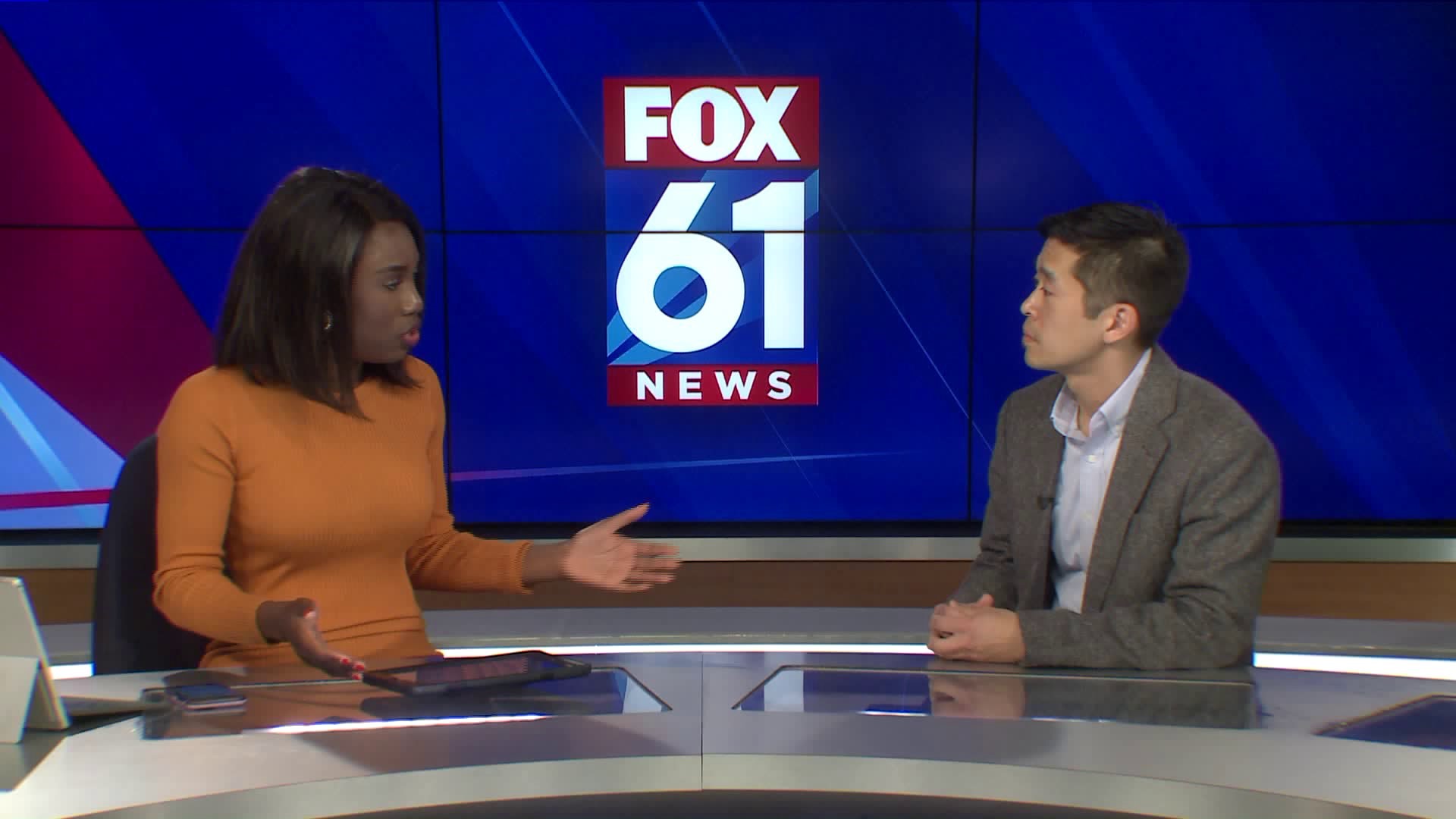 Dr. Cho says some of the keys to Connecticut's recent success are the statewide coordination of efforts, and much better 'triage' of people who are experiencing, or about to experience, homelessness.  Another key is reversing previous thinking, and employing a "housing first" approach.

"Years ago, we used to think people needed treatment first, or that they needed to get their full life back in order before they got into housing," Cho said. "What we realized was, the goal is to get people back in to housing, and then all of a sudden they can get a job, they can get treatment, they can get the healthcare that they need. And so it's the application of that housing-first approach, which we take statewide, and we are one of the only states that is doing that in a fully coordinated way."

Key Findings About CT in the HUD Report

Nationally the numbers show that homelessness among veterans is half of what was reported in 2010.  Last year alone, the number of veterans experiencing homelessness declined by 2.1 percent. HUD says that's the result of intense planning and targeted interventions, including close collaboration between HUD and the Department of Veterans Affairs.

Communities continue to report declines in homelessness among families with children, including a decline of 5% between 2018 and 2019, and 32% between 2007 and 2019.  Planners are increasingly relying upon interventions to move families into permanent housing more quickly and at lower cost.

Long-term or chronic homelessness among individuals with disabilities grew 8.5 percent since 2018, while falling 9.4 percent below the levels reported in 2010. HUS says the long-term decrease is due largely to more permanent supportive housing opportunities available for people with disabling health conditions, who might otherwise cycle continually through shelters or the streets.