HARTFORD – Tuesday marked day one of the civil trial filed against Fotis Dulos, the estranged husband of Jennifer Dulos who has been missing since May. Je... 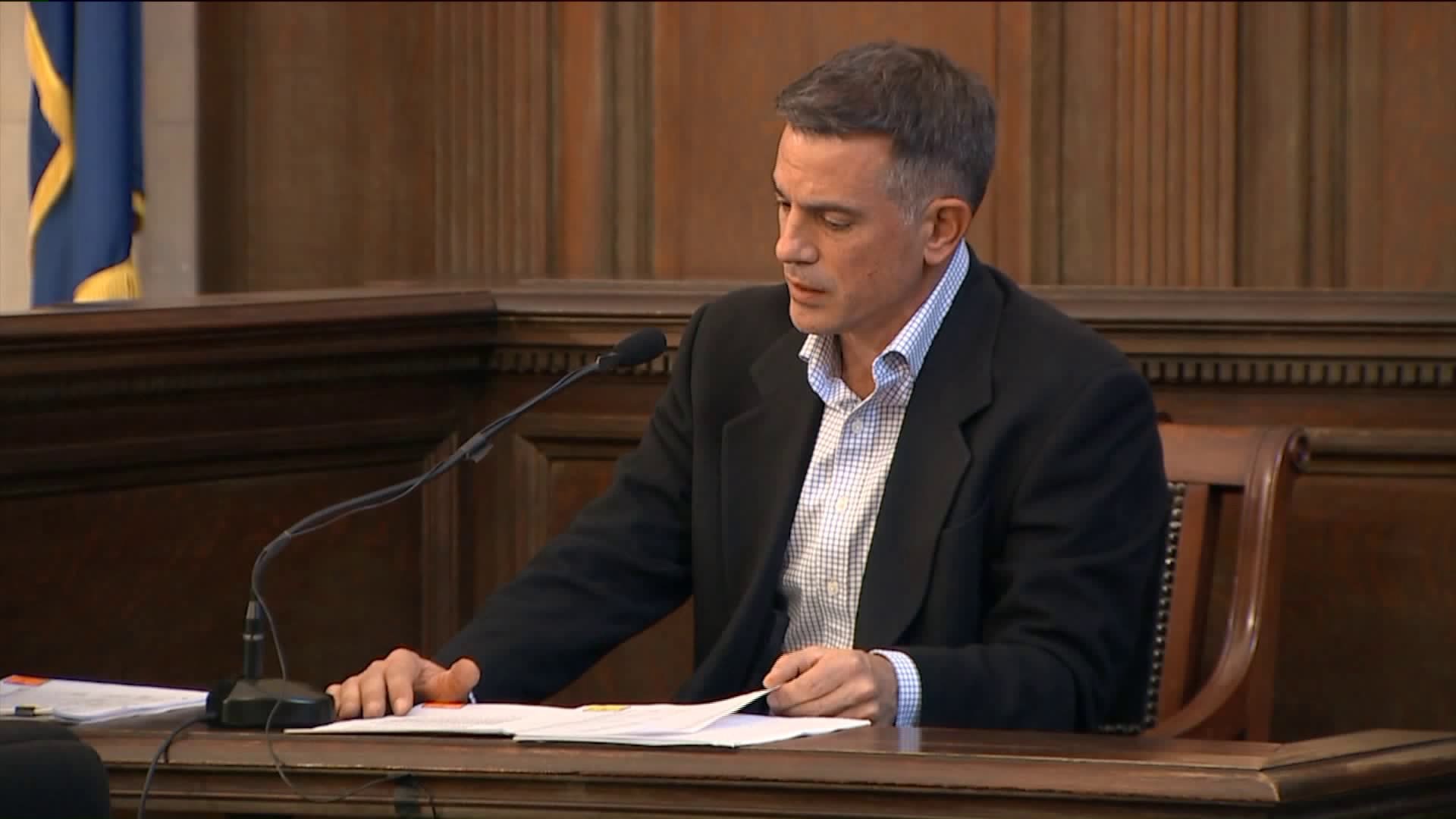 HARTFORD - Tuesday marked day one of the civil trial filed against Fotis Dulos, the estranged husband of Jennifer Dulos who has been missing since May.

This is not a criminal case against Fotis and more so about money.

In court, Fotis had several copies of invoices laid out in front of him and answered detailed questions about each item. He stated they were not loans but advances his father in law forgave.

“He was like a second father to me. He expressed his pleasure with how fore group was performing, he expressed his support and he said to me that I the future any of these advances are not going to be considered loans," said Fotis.

He described a positive relationship with his father in law and added there were formal promissory notes for loans between the two but later changed after Jennifer gave birth to their fifth child.

Fotis' attorney, Norm Pattis then addressed the crowd outside.

"The amount of money that flowed both ways, it’s going to make it almost impossible to say who owes what to whom and if you did the math there, it appears that the Farber estate owes Mr. Dulos money but that’s not a claim we’re prepared to press. I think that the state has attempted to drape this case in motive and animosity. It strikes me that the animosity goes the other way around," said Pattis.

Shortly after, FOX61 caught up with the Farbers' attorney, Richard Weinstein.

"I think it stands very well from our viewpoint but I don’t have any further comments ... thank you," said Weinstein.

FOX61 also followed Fotis as he walked out of the court but he had no comment.

Fotis' sister told FOX61 she does not believe her brother plays a role in Jennifer's disappearance.

"He is the nicest person I know. He’s a very, very good person," said Rena Dulos.

This case will continue into Wednesday morning.

Stay with FOX61 for continuing coverage.