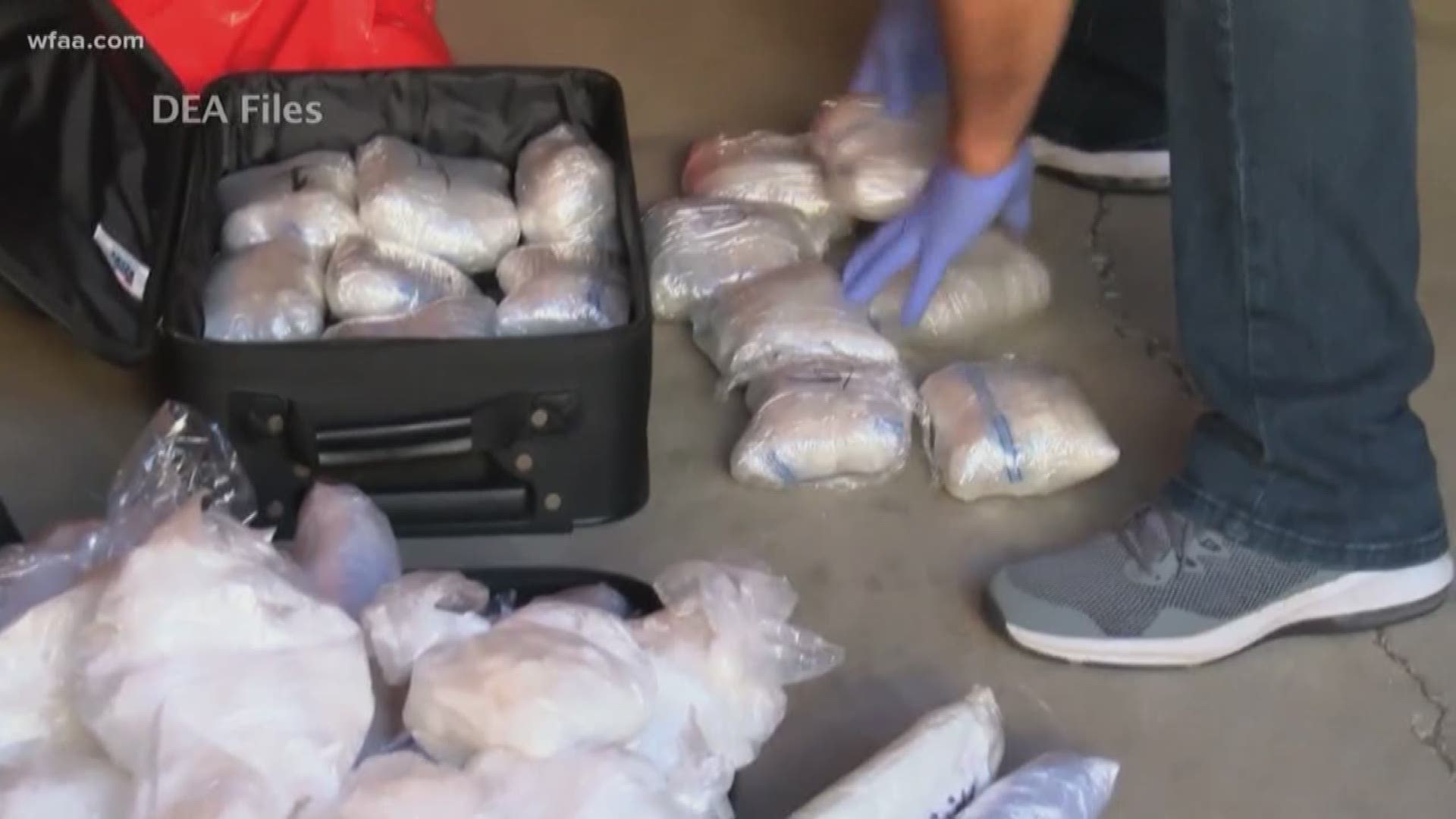 DALLAS — The Drug Enforcement Administration says Dallas is one of eight transportation hubs for methamphetamine in the United States.

“That vast increase in drugs did not hit our neighborhoods and were not on our streets," Dallas Special Agent in Charge (SAC) Eduardo A. Chávez said. “But, it’s a little daunting to think that there is just that supply that is out there.”

Both El Paso and Houston were also labeled as two of the eight hubs. Thursday, the DEA announced Operation Crystal Shield, a new million-dollar effort to combat the drug, spending money on everything from intercepting the drugs to money for travel.

She now runs a sober living program with seven homes for women and continues to see the drug’s devastating impact.

“It is a problem and it needs to be addressed,” she said. “The most important thing with all of this is we need to talk about it more."

One big issue: The price has plummeted, making it even more enticing.

“The market for methamphetamine has been flooded in many areas,” Chavez said.

On top of that, Chavez said the normal purity of the drug has quadrupled in the past decade, to the point where 95% pure is now the standard. Overdose deaths are up 22%, according to the news release.

“It could harm them a lot faster. There could be a lot more repercussions physically,” Cooper said. “It goes for days and if it’s that potent, it’s lasting even longer.”

“You try meth at 95% pure and then you’ve tried it once and you end up spending a lifetime trying to get off it,” Chavez said.

Then, there’s the spike in liquid meth. From paint cans to gas tanks, it’s easier to hide and recrystallize once in the U.S.

“Traffickers are utilizing more imaginative and creative ways to get it across,” Chavez said.

Chavez says meth is a driver of both addiction and violent crime and now there are new resources to target the drug.