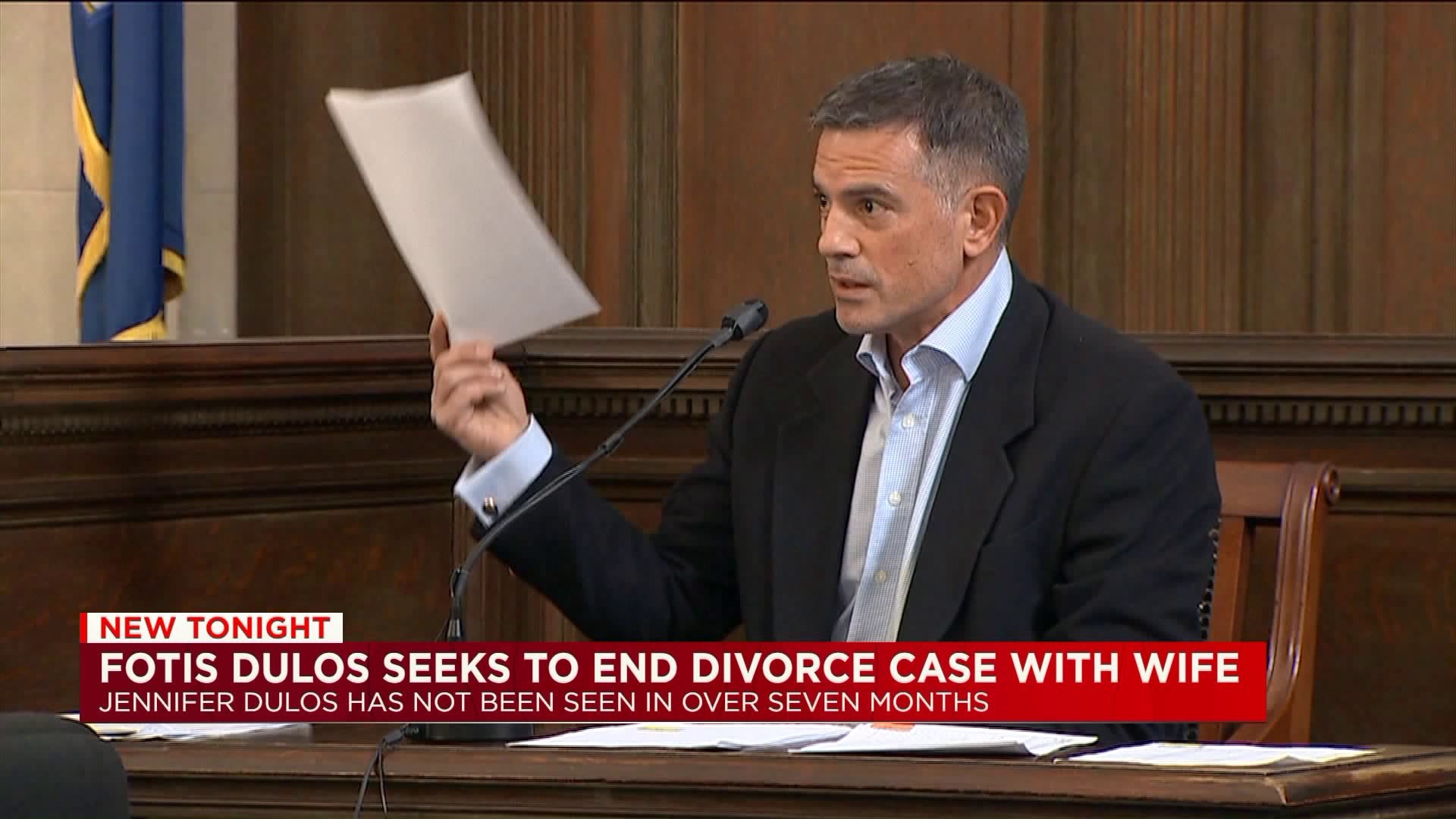 It’s an effort to streamline the legal process. The family court divorce case has sat dormant since June. Attorney Richard Rochlin filed a motion Thursday to dismiss it.

It would mean all future custody decisions would be handled by either the juvenile or probate court through one judge and one ruling.

Fotis Dulos hasn't seen his kids since May.

“We're not asking the kids to come live with him at this time, but he wants to be able to see his kids and hug them and tell them that he loves them,” Rochlin said.

Fotis has said that several times through the media.

“Because I cannot tell them. I will tell you guys that I love my children, I miss them every day and I will not stop fighting for our right to be a family,” Dulos said recently.

“I don’t know how they are doing. There’s no information flowing. I love my children, I miss them. I think about them every morning when I wake up,” he said during a recent Fox News interview.

Attorney Rochlin told FOX61, Fotis is not seeking sole custody right now. “I think everything is on the table, but for right now we are just looking for access.”

Sole custody lies with Gloria Farber, the mother of Jennifer Dulos who is suing Fotis separately for what she claims are unpaid loans. Fotis' estranged wife Jennifer has been missing for seven months.

“He does have a presumption of innocence in this country,” Rochlin said.

In the motion to dismiss, Fotis asks to know his kids 'academic and medical records.' “Anything that a normal parent would want to know about their children, and he's entitled to that information under state law,” Rochlin said.

Rochlin said Fotis should have unsupervised visitation rights. He added that any re-introduction of Fotis to his kids would be handled with sensitivity.

“Certainly, we would be open to consulting a child psychologist,” he said. “Exposing them to their father, someone who makes up half of who they are. I can't imagine that that, in any way, should be prohibited simply because it would be a difficult thing for the children.”

Rochlin told FOX61 that as part of an order, he may also seek access to the children on behalf of Fotis' sister Rena Dulos. She is the aunt of the children who has also not been allowed to see them.

The next big date to note is January 9th. That's when Fotis will have his custody appeal heard. It's also the day he will be in court for criminal proceedings.