Dulos civil trial wraps for the day in Hartford court 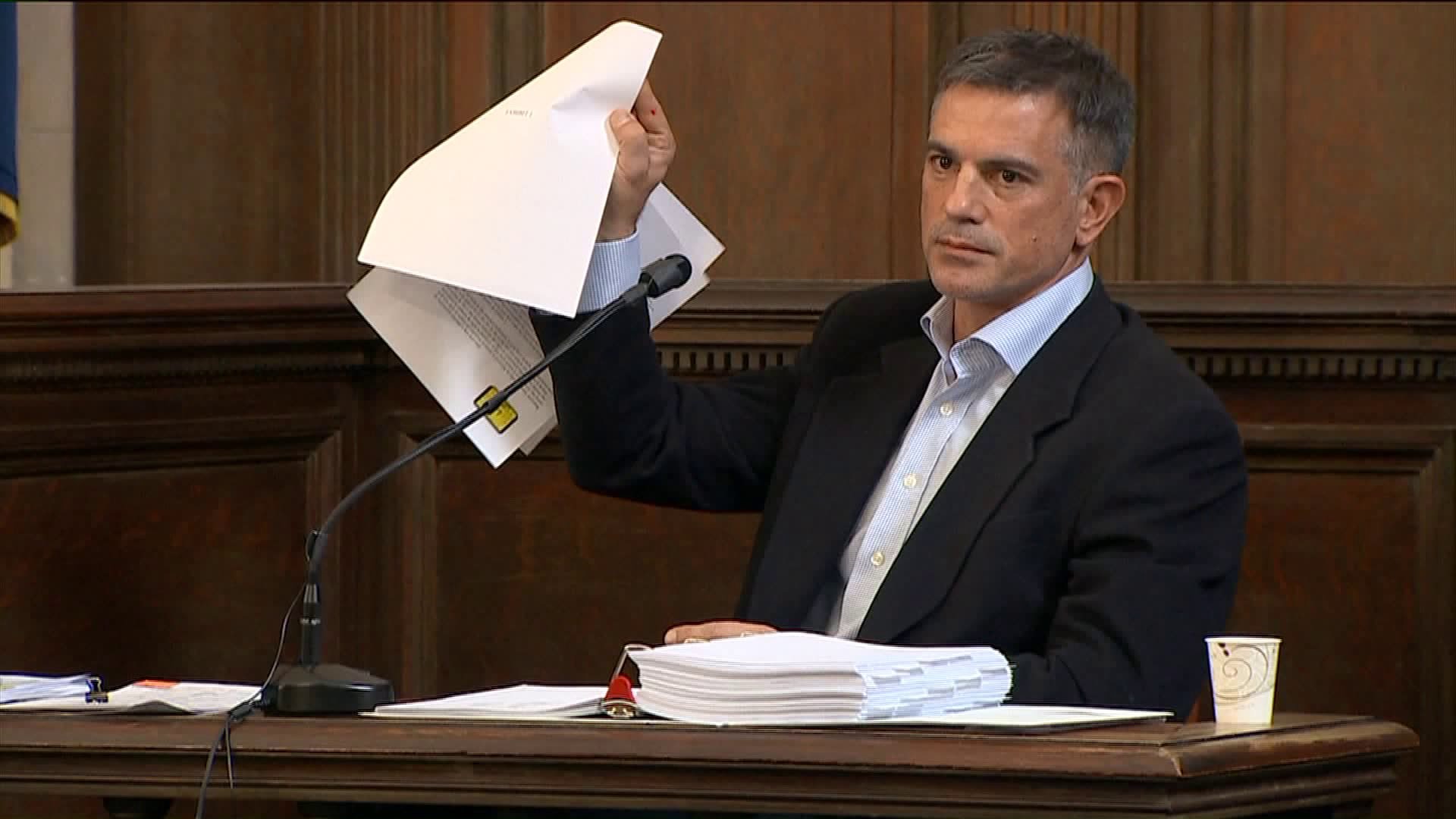 Wednesday marked day two of the civil trial filed against Fotis Dulos, the estranged husband of Jennifer Dulos who has been missing since May. The trial will not resume for another two weeks.

Farber said Fotis owed her family up to $3 million  related to expenses with Fore Group, Inc., a luxury home business.

Day two began with Fotis back on the stand as the attorneys continued directing their questions towards invoices, spreadsheets and financial documents. 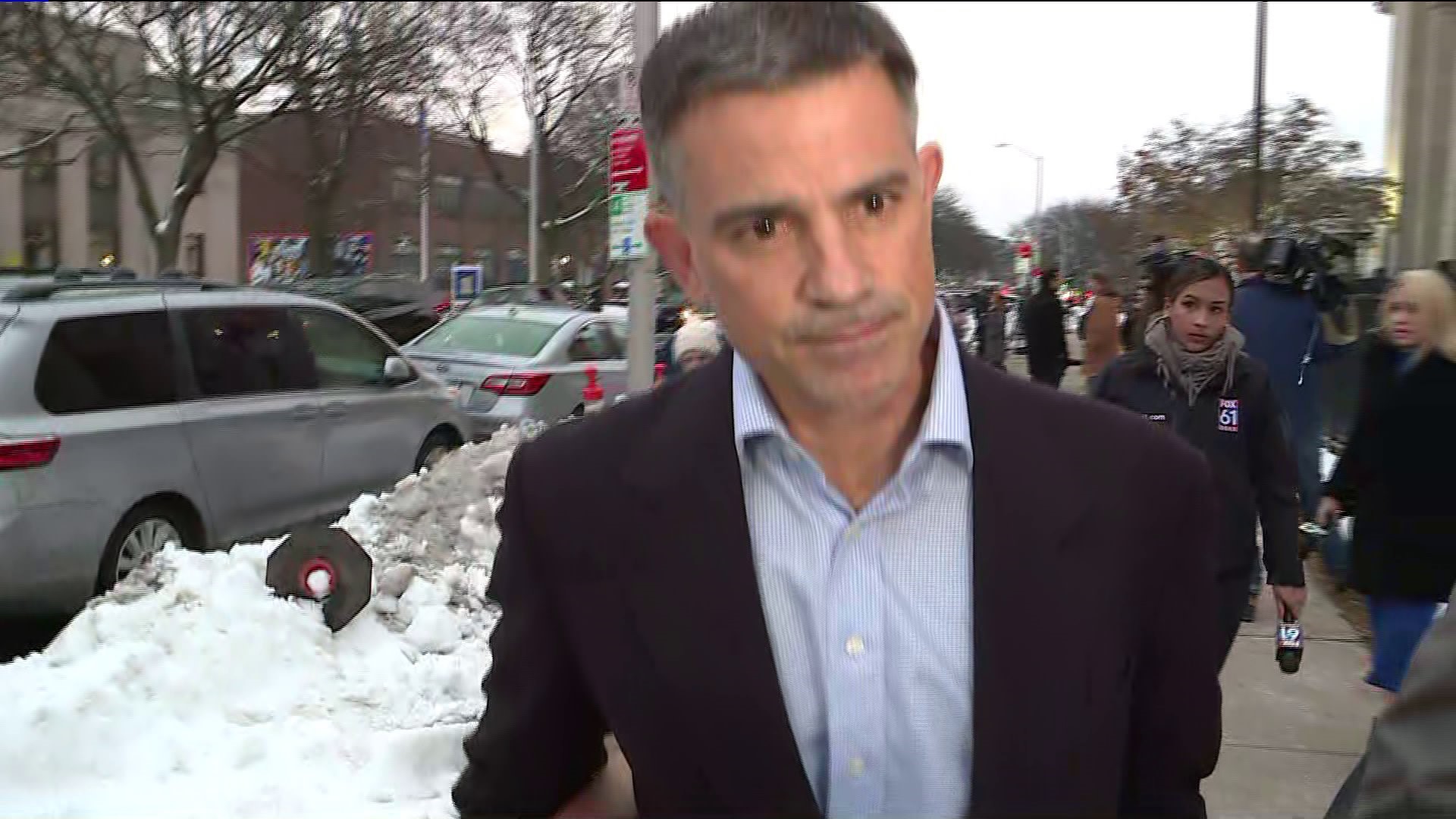 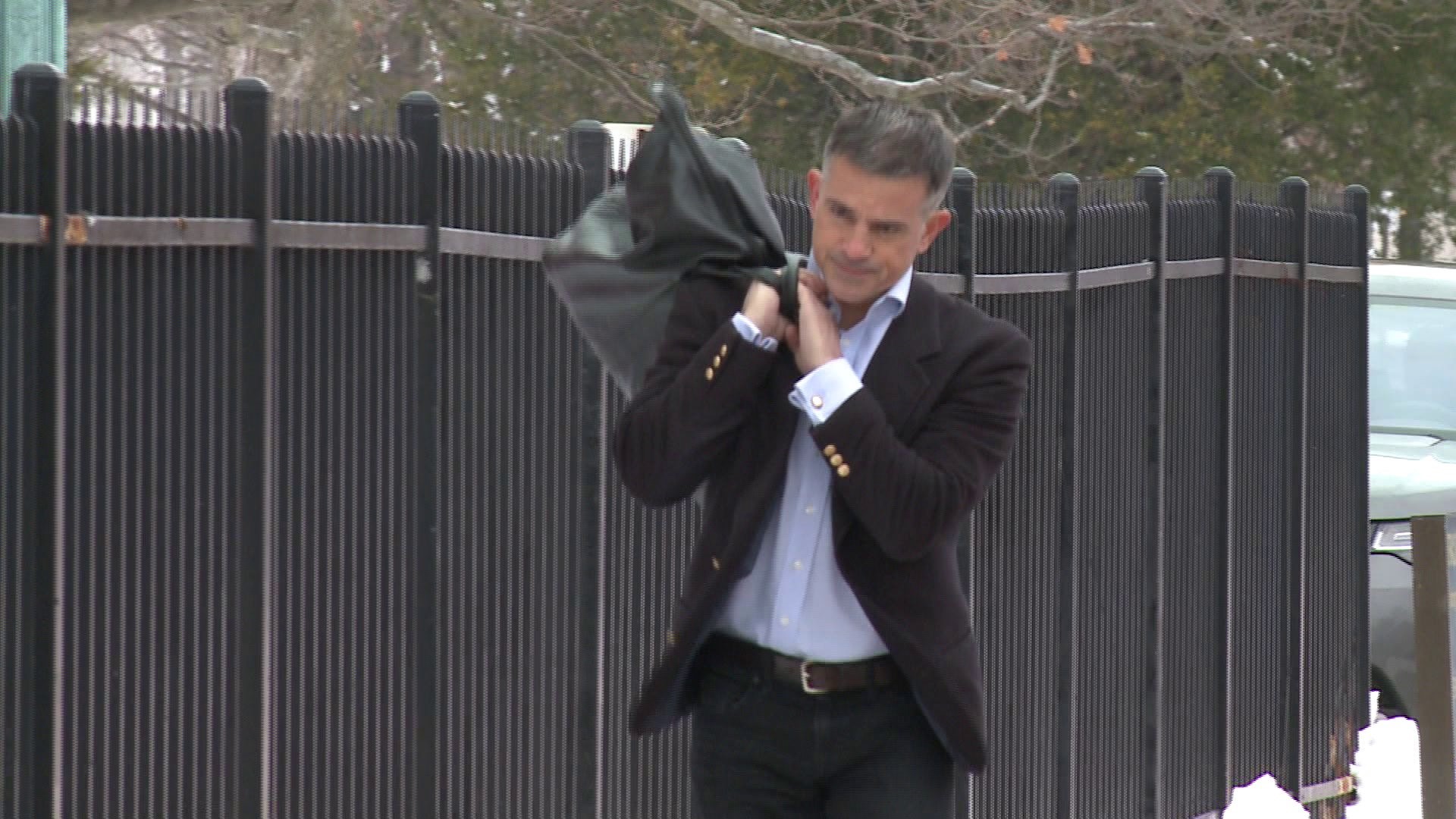 Attorneys spend time asking about a $1250 monthly payment Dulos said Jennifer, Gloria, Hilliard Farber and himself agreed upon and whether it should’ve been applied to the principle “gifts”.

On the stand Dulos said he did use his credit cards for both business and personal and would only reimburse himself for business expenses when it came to Fore Group Inc. funds.

On Tuesday,  a paralegal on the stand said they found Dulos reimbursed himself more than $2 million. In his testimony on Wednesday, Fotis says there are discrepancies in her calculations and all his reimbursements were business expenses.

The plaintiff’s attorney asked Dulos how he obtained Jennifer Dulos’ account records after July 2017 and why he still has access to it. Fotis says he had them in his office. The account was used to pay a Fore Group employee in the past who was also the longtime babysitter for Dulos children. Fotis says Fore group funds were never used to pay her for her babysitting services. Jennifer is the one who paid her for those services. 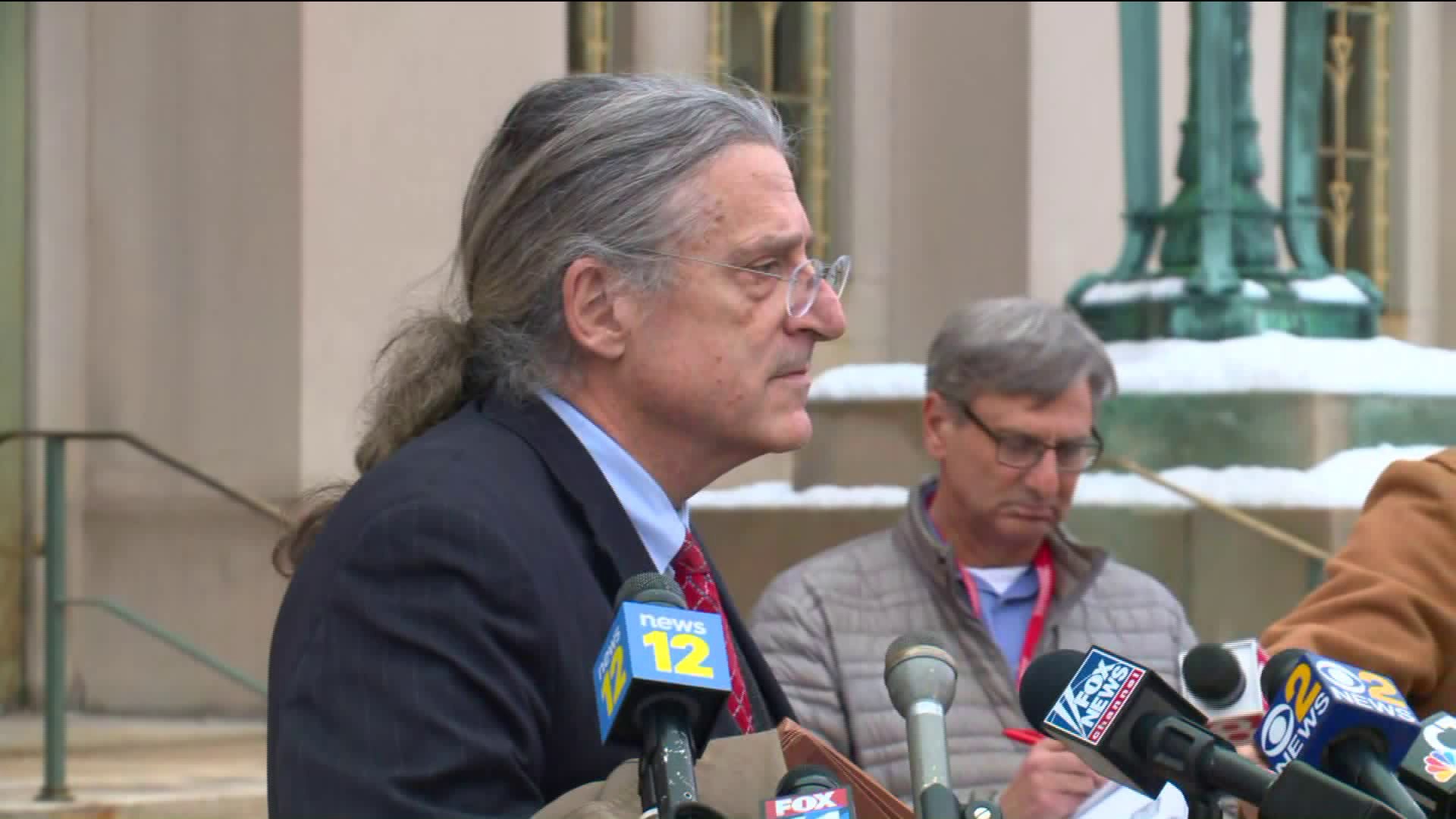 Fotis says he conducted business on trips with Michelle Troconis to Miami, Argentina and other places and Fore Group only reimbursed his airfare and business related expenses on those trips.

Farber’s attorney questioned whether Fotis Dulos has lied under oath before. He is bringing up that a judge ruled Dulos provided false testimony during divorce trial with Jennifer Dulos.

In 2017, the year Hilliard Farber passed away, Fore Group tax returns were in question again as an accountant testified Fotis directed him to treat $1.7million loan as equity, and the accountant refused. Fotis said there were discrepancies.

There were some tense moments when Farber’s attorney asked Fotis, “Why would Gloria Farber, mother to Jennifer agree to continue to give you this $14,000 ‘gifts’ through 2019 even after Jennifer filed for divorce in 2017, and now after Jennifer’s disappearance and your charges?”

Dulos civil trial wraps for the day in Hartford court