Teacher Malcolm Welfare said, “It’s amazing just to see the new blood being refreshed and to see all these budding professionals come into the world." 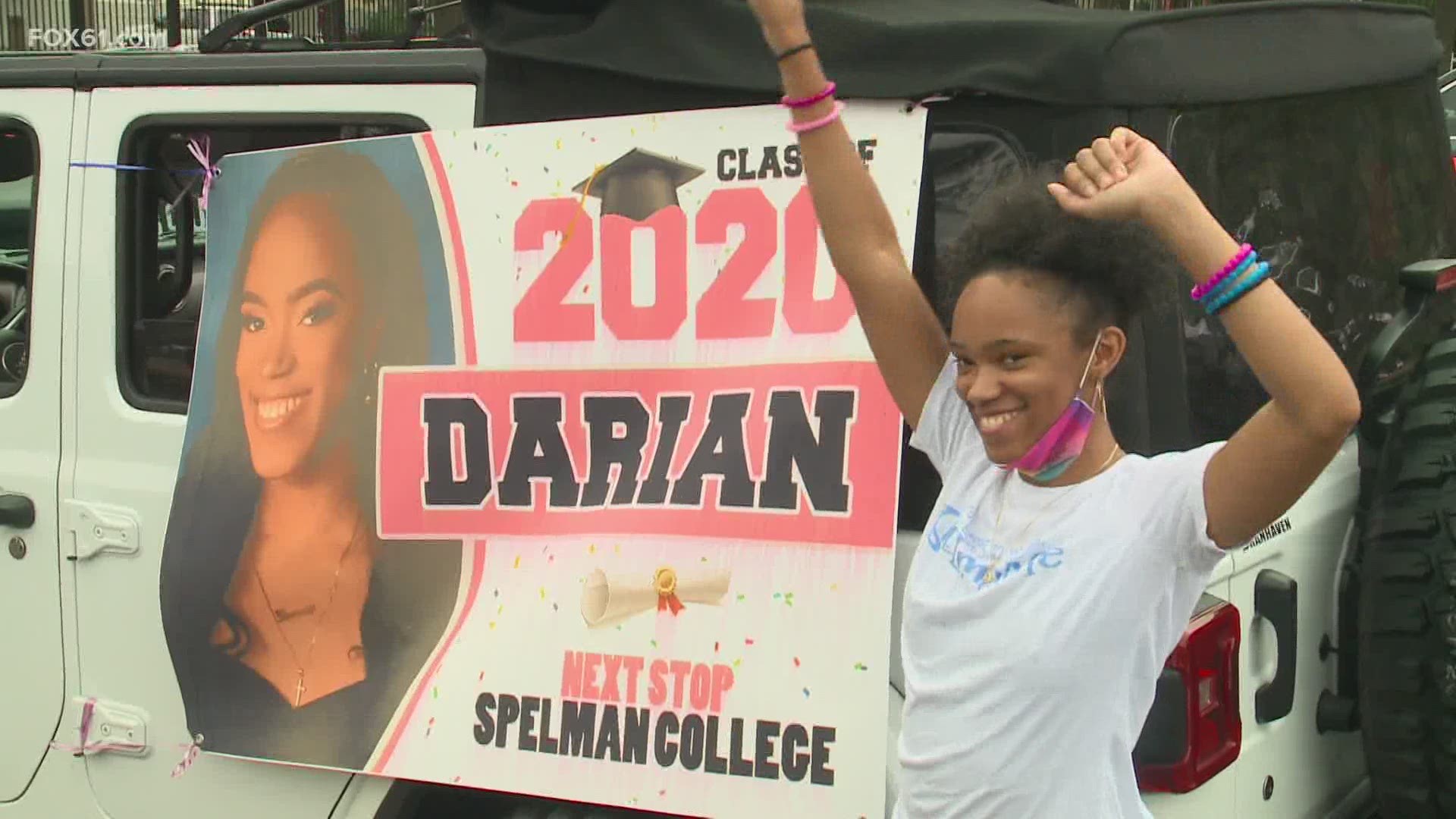 NEW HAVEN, Conn. — Graduating seniors had their own version of a "reveal party" at Science Park Sunday afternoon.

In the car parade, each student showed their college of choice, some chose Howard, others chose places like Spelman, or Virginia State.

In an age of social unrest, some students say it’s comforting going out of state but still have a familiar setting.

For others like Basim Robertson, who is going to Howard University, says during this time he is reflecting on how he got to this point of heading off to school.

Robertson said, “It was a rough journey because I know it was a competitive school, but you know I was A1 throughout high school from freshman to senior year.”

With the beat of the marching band and the cheers of the community, one teacher says seeing his students uplifted meant the world.

Malcolm Welfare who is a teacher in Norwalk said, “It’s amazing just to see the new blood being refreshed and to see all these budding professionals come into the world because that’s what I see when I look at students, I see people going to their profession."

State officials leave one bit of advice to the now new college freshmen.

State Rep. Robyn Porter said, “Stay focused, keep your eyes on the prize and never let anyone tell you there is something you can’t do… there are no limits.”

The new college freshman say they are ready to face new challenges.

“Meet new people, meeting new people moving in and going to a foreign state that I haven’t lived in before and just living life on my own,” said Parks.

“Just focus on school, stay determined and make sure to do extra-curricular activities as well because that helps not just academics,” advised Robertson.