The high school went remote on Wednesday for planning purposes. 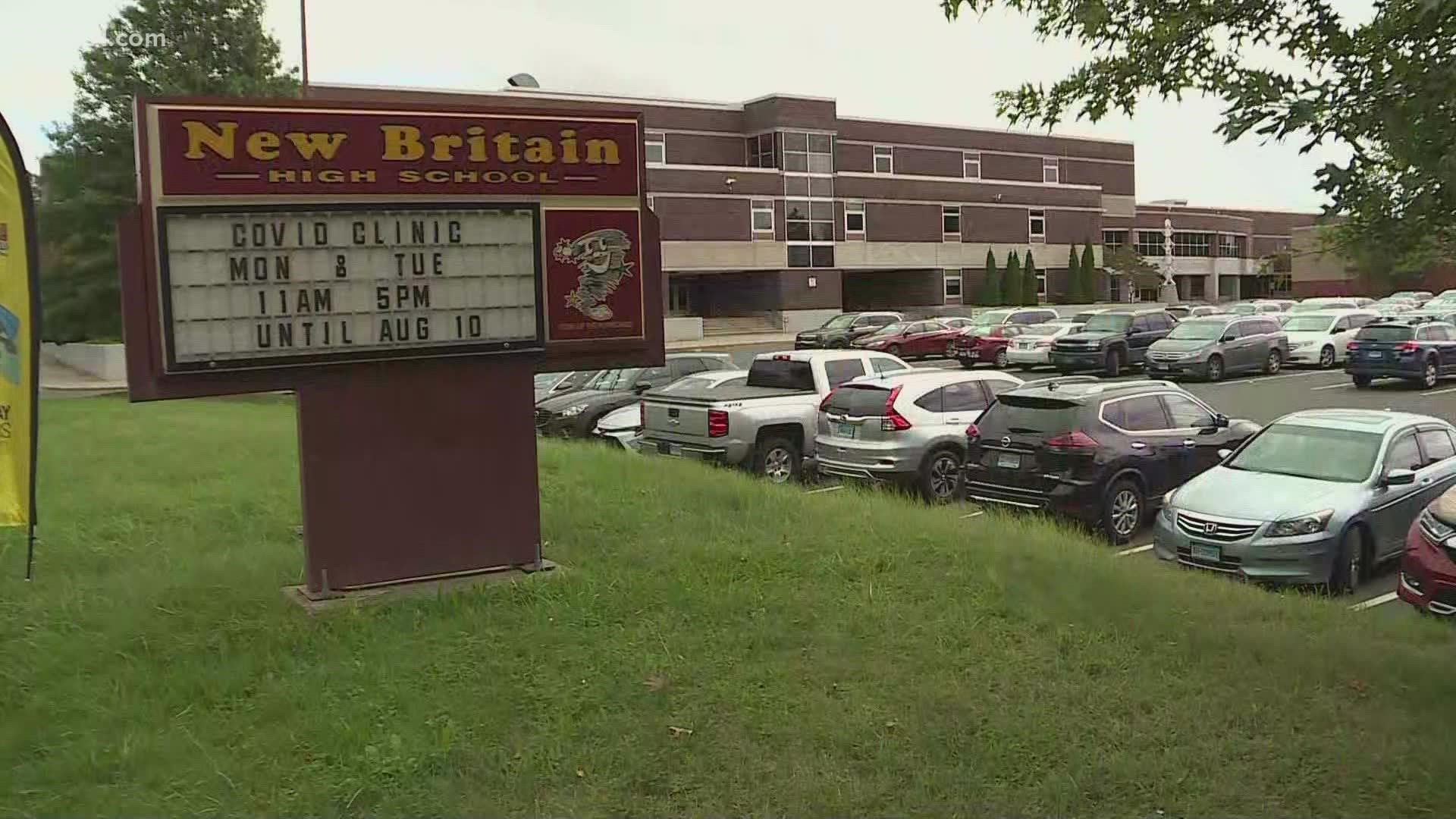 NEW BRITAIN, Conn. — High school students in New Britain were back in the classroom Thursday after a whirlwind 24 hours that saw them briefly return to remote learning after a stream of vandalism and violence on campus.

The students returned for a half-day on Thursday and will do the same on Friday to give school administrators more time to improve the culture on campus.

The school’s principal triggered a firestorm Tuesday night and into Wednesday when he sent a letter to New Britain parents saying that classes would be remote for the rest of the week, claiming that ongoing violence and vandalism had forced officials to restart the school year.

The state Department of Education, with the support of the town’s mayor, said the school was not allowed to send students to remote learning and that they would have to be back in classes.

In a letter to parents on Thursday, Principal Damon Pearce provided an update and outlined part of the plan school administrators have implemented to change the "climate of our school."

He said he worked with campus safety officers to identify students who were in the hallways after the classroom bell without a pass. Officials met with the students, reviewing their grades, attendance and any prior discipline incidents.

"This problem-solving session with students allowed the administration to understand the needs of each child," he wrote in the letter. "While this is a time-consuming process, we are committed to responding to each child in a manner appropriate to their needs and behaviors."

School administrators appeared to attribute the stream of violence and vandalism – which according to some students, included damaged bathrooms and fighting on and off-campus – to the viral TikTok challenge “Devious Licks.”

Students across the country – and in Connecticut – are filming themselves damaging school property.

“One time, all the bathrooms were closed because all the sinks, soaps, tissues, everything’s gone," said Raheem Ramos, a freshman at NBHS.

The district said they are working with a group of high school students who will face disciplinary actions including expulsion and are working closely with a mentor.

“It’s going to be a lot of talking to the students saying 'Hey this has to stop'...I hope it ends up being more than that, I hope we can still get some learning done rather than trying to instill lessons that we should’ve learned while we were in kindergarten," said Jacob Cantu, a senior at NBHS.

Cantu told FOX61 he fell victim to the violent acts on Tuesday.

"I had a garbage can thrown over the stall door of the stall that I was in,” he said. “I had no prior reason for this. I was just using the bathroom, didn’t know who did it.”

Cantu describes being left with physical and emotional pain from what happened to him. He said the school told him they are looking into the case. In the meantime, he said he doesn't feel as safe as he used to at school, prior to this week's events.

"Not so much anymore. Before, I could walk the halls and not really have to watch my back. Now after all of this, I feel like I need to be a lot more aware," Cantu said.

A spokesperson for the district said they are working with the students who fall victim to this destruction. They have a system in place to provide support to the families.

In terms of learning remotely and taking some time off schoolwork Thursday and Friday to better the school culture, some students felt it was necessary while others just want it all to be done with.

"It's kind of frustrating, considering that they had to put us online yesterday. And that was kind of annoying because like they put the entire school online because of a couple of students," said Nexelise Nunez, a sophomore at NBHS.

There is a PTO meeting at the high school at 6 p.m. on Thursday. 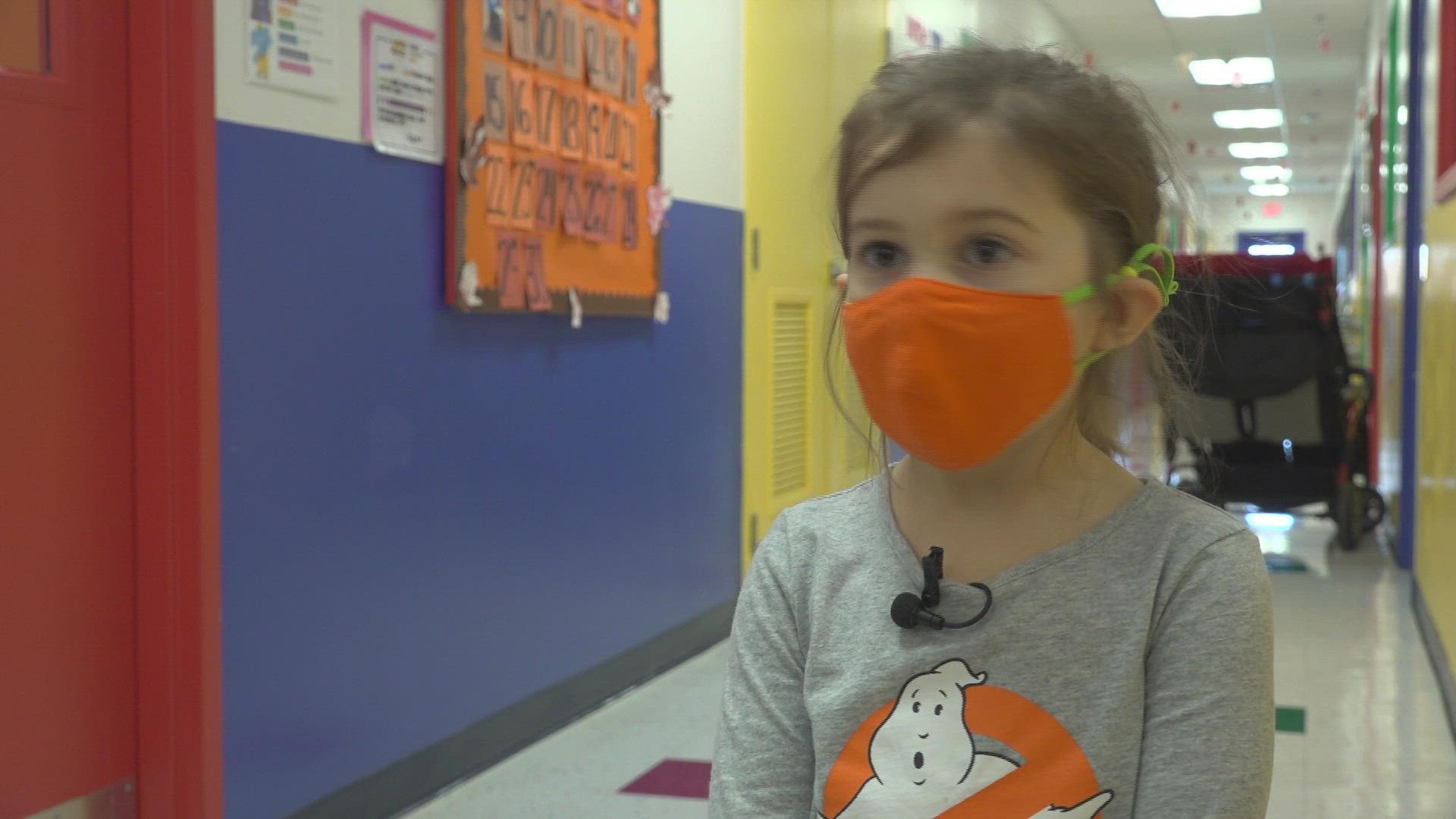 Bringing diversity to STEM through early education in Connecticut