After parents and students were notified Tuesday of being remote for the rest of the week, New Britain school officials changed their mind on Wednesday. 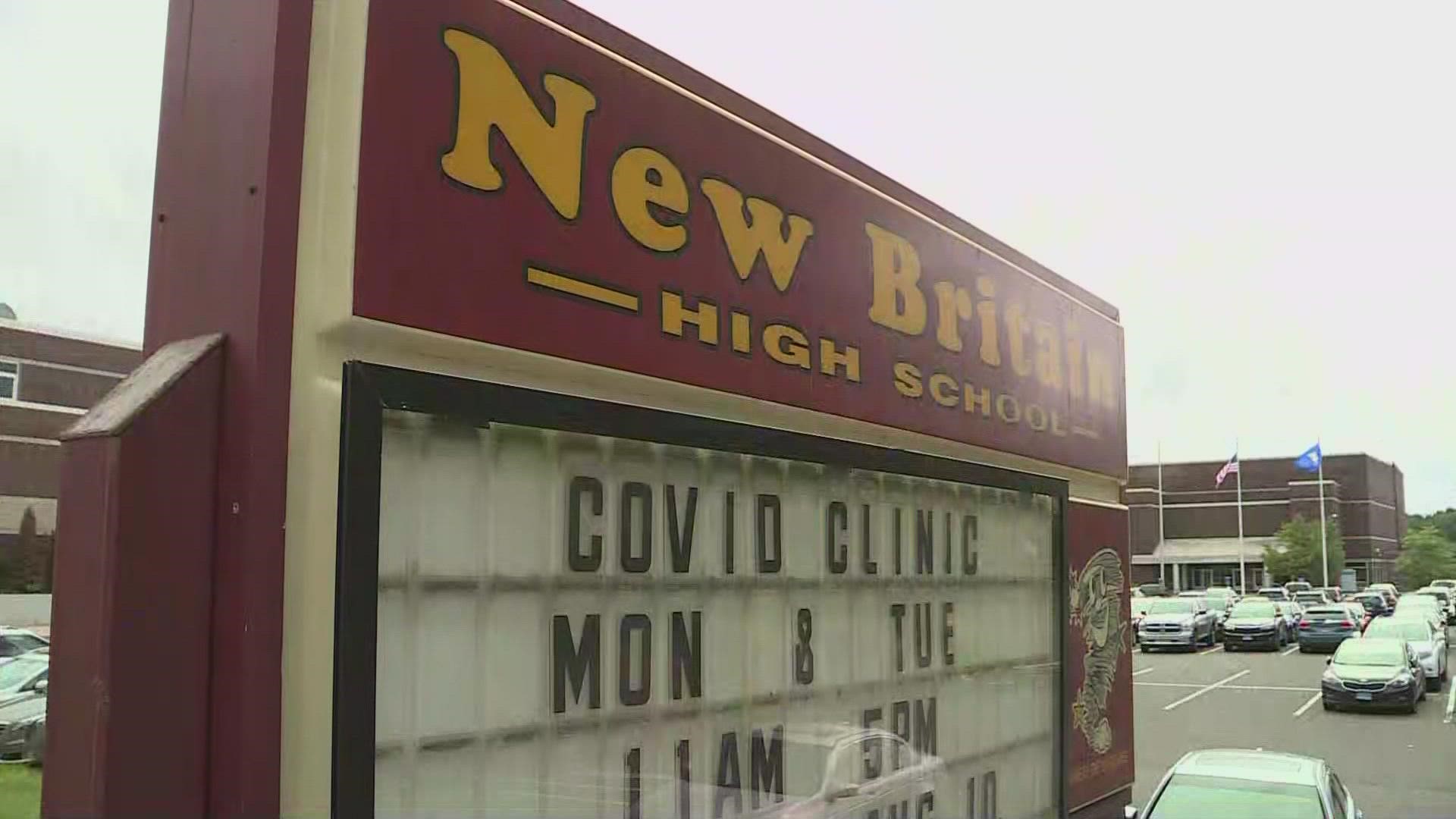 However, on Tuesday, students and parents were notified through text and email it would be remote learning for the rest of the week in response to the vandalism and fights.

In the email, it mentioned adjustment struggles by some students as the reason.

The district's decision sparked a response from the State Department of Education.

In a text message to FOX61, it said in part:

"The district is now aware that their actions are in conflict with State guidance that does not recommend that they move to full remote learning.”

However, Superintendent Nancy Sarra said the State Department of Education's response had no impact on them changing their mind. It was because they learned the remote days would not count as school days, so students would eventually have to make them up.

"We will be making up this day for students on Election Day so that our students don’t miss and they’ll have the mandated 180 school days," said Sarra.

“I’m disappointed in this decision, it’s not fair to the majority of students who behave respectfully and want to be in school to learn.”

He said he is confident no additional remote days will be needed.

"While I recommended a pause for a day, we have a support team and administrator and support staff - ten of us altogether working since 7:30 this morning identifying students and this is the important part - creating support plans for those students," said Pearce.

School officials called  this process a "COVID haze," pointing to the pandemic as a possible factor to the fights among students.

"We didn’t really exceed 500 students in total on any given day last year so for the last 18 months, students really haven’t had to share space together," added Sarra.