The CIAC Board of Control extended an invitation to DPH to meet in the coming week to discuss its recommendations for interscholastic athletics. 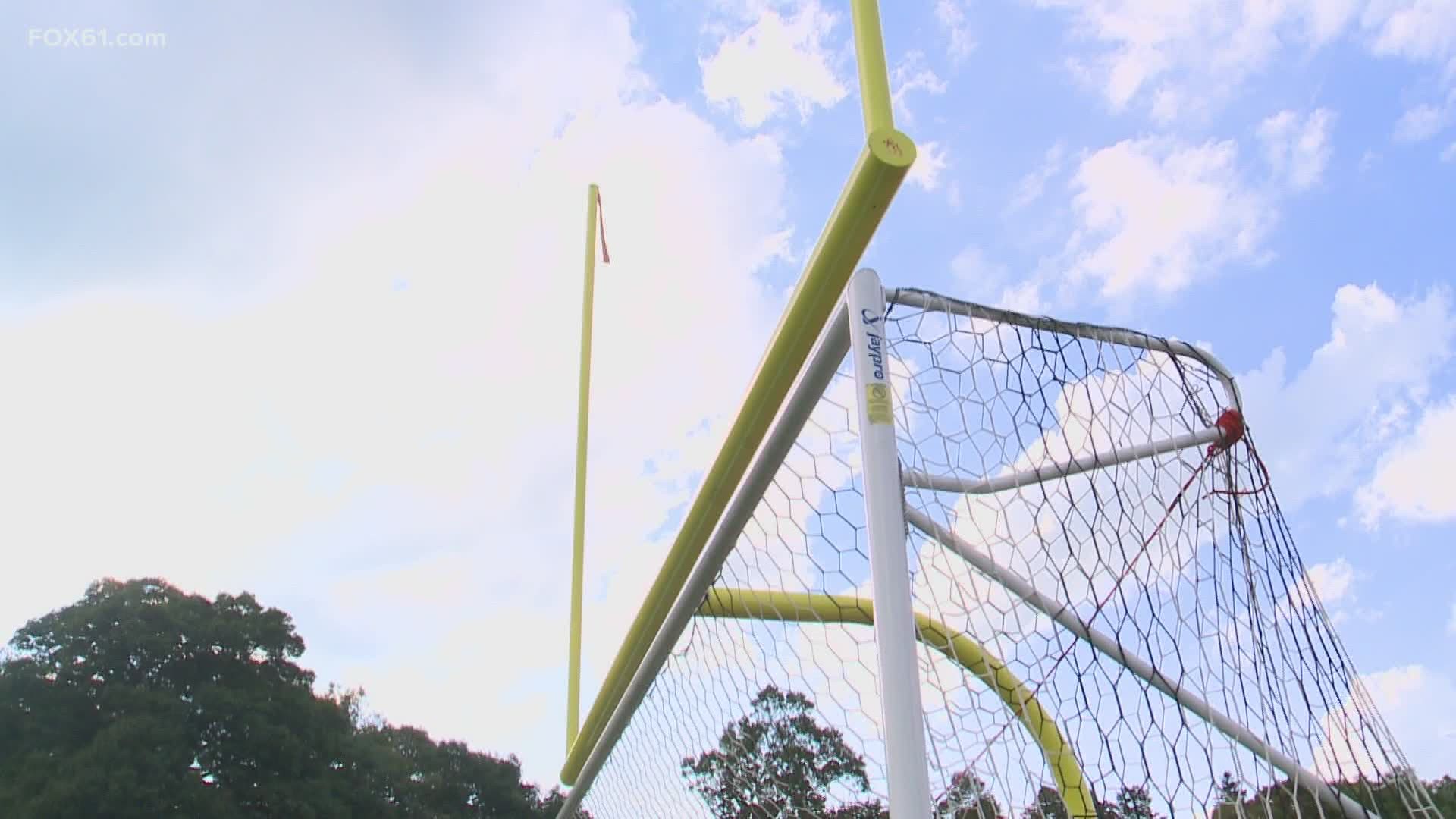 HARTFORD, Conn. — Officials announced Friday afternoon that the CIAC Board of Control will pause all in-person interscholastic fall sport activity, including conditioning programs which are already underway until Monday, August 24.

The CAS-CIAC Executive Director, Glenn Lungarini said the action is based on their review of Connecticut's Department of Public Health recommendations released this week.

According to a release, the board extended an invitation to DPH to meet in the coming week to discuss its recommendations for interscholastic athletics.

FOX61 spoke to a soccer and track and field athlete at Conard High School who said she has accepted it.

"I think it’s definitely disappointing but I mean I understand given all the concerns and stuff and everybody getting sick," said Maggie Gillis, a sophomore.

Even though practices are put on hold for now, Gillis still ran laps around the track with her sister to keep fit.

"We are just running in the track to kind of get in shape. It’s still good to be in shape even if you’re not going to be playing sports," added Gillis.

Brendan Parker of West Hartford just graduated from Conard High School and he said the news came as a big disappointment even though it does not impact him. 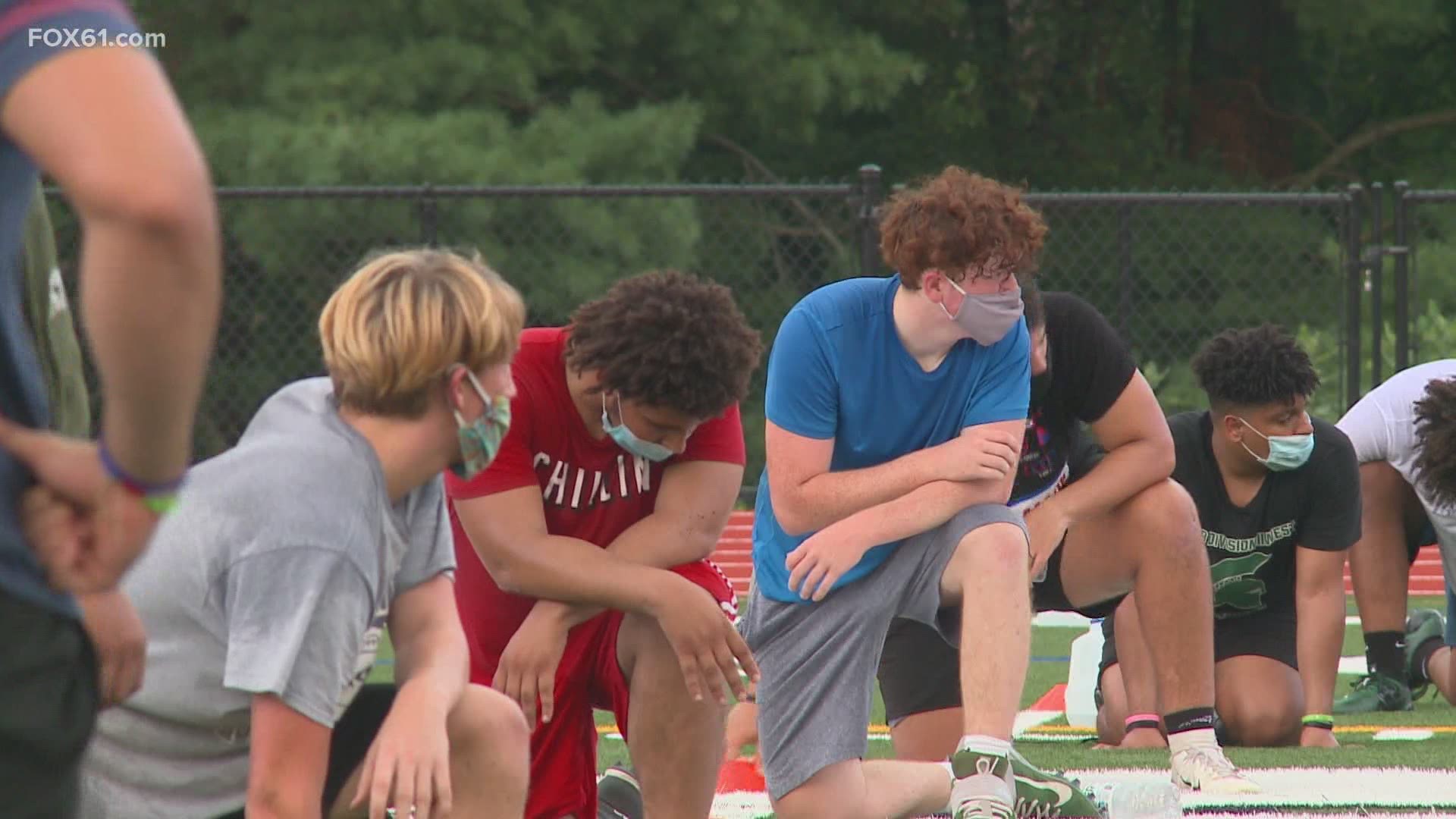 "Like to play all four years and then for most kids, their starting year is their senior year to have it just washed out. It’s just hard. I’m like let’s keep everyone safe but at the same time, does it really matter if we’re all together on the field or all together at home? No one’s following the precautions so like everyone’s hanging out with everyone outside of school - does it make a difference?" said Parker.

The CIAC will look to emphasize the value of the integration of athletics with the return to education and concerns of equity and consistency between interscholastic athletics and other athletic opportunities, officials said.

In an effort to not lose conditioning gains and socialization benefits made during the summer, CIAC coaches are encouraged to promote virtual safe contact and conditioning with their athletes during the pause.

The Board of Control continued:

CIAC welcomes continued collaboration and input from experts while emphasizing that the safety and health of students is the focus of all decisions. The importance of safely conducting interscholastic athletics remains paramount. Connecticut COVID health metrics show students have been safely participating in athletics across the state throughout the summer and that participation in private or town programs would likely continue throughout the fall if interscholastic opportunities are cancelled. While outside programs have had minimal issues thus far, CIAC believes its collaboration with health experts and relationships with its member schools has lead to a plan providing the best alignment with COVID mitigating strategies and creates the best opportunity for a safe and equitable fall sports season.

The state's DPH recommended Thursday postponing football and girls volleyball at Connecticut schools until the spring. According to health guidelines, football considered as "higher risk" for COVID transmission.

The announcement came just a day after the CIAC board of directors voted to move forward with all fall sports seasons.