Dr. Birx has traveled to 32 states and 21 universities and she told FOX61 she’s learned a lot from UConn. 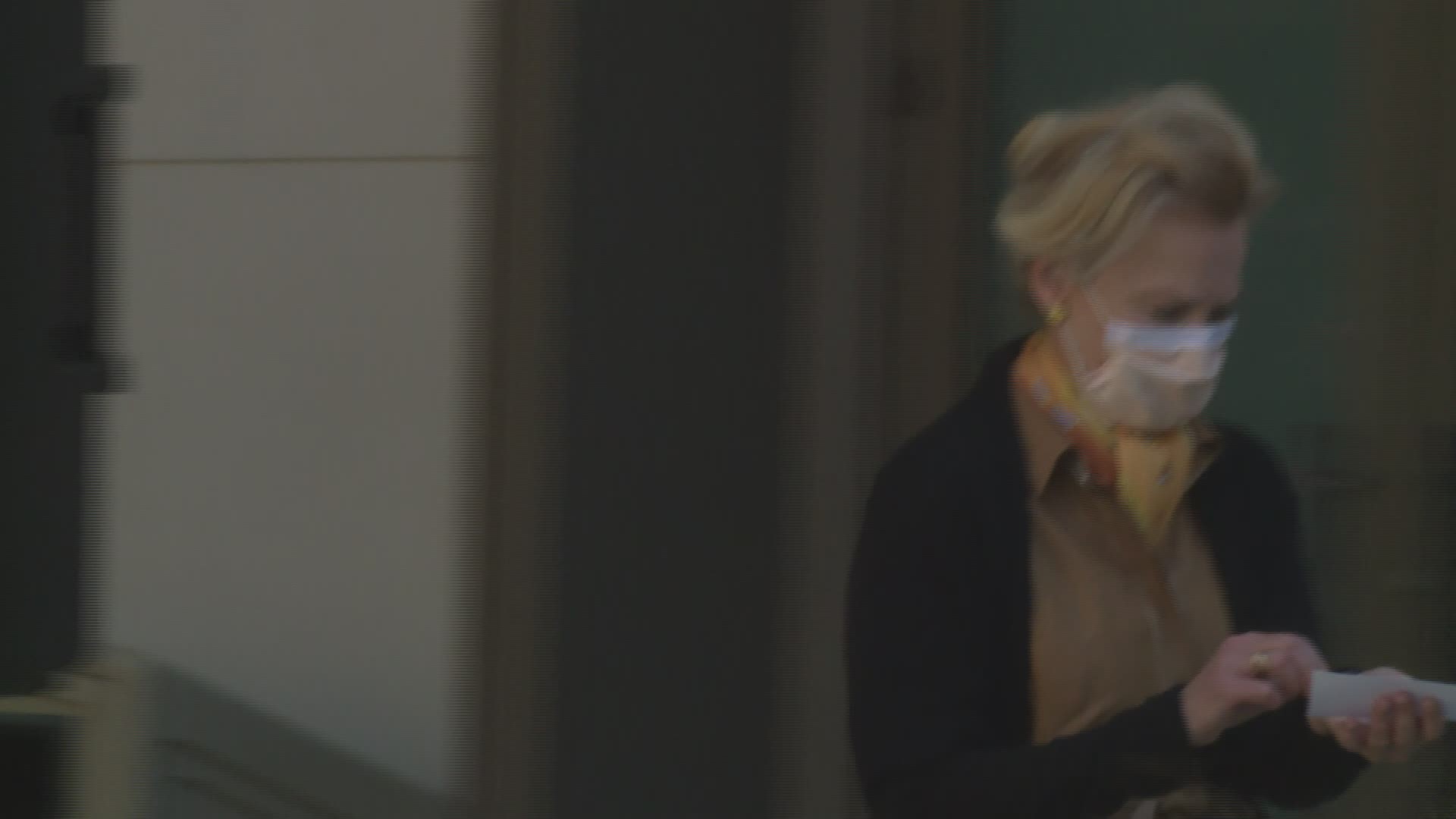 HARTFORD, Conn — Dr. Deborah Birx, the coordinator of the White House Coronavirus Task Force stopped in Hartford Thursday to meet with leaders at UConn to discuss their strategy for fighting the spread of COVID-19. We haven’t seen much of Dr. Birx since June and that’s because she’s been on the road. Dr. Birx has traveled to 32 states and 21 universities and she told FOX61 she’s learned a lot from UConn.

"I was very very encouraged to see what they have done for surveillance," said Dr. Birx.

Despite having to quarantine a handful of dorms, UConn’s practice of testing the wastewater of dormitories, gives them a 7-10 day head start on knowing where positive cases will show up.

"Understanding how they use wastewater to then drive surveillance testing at specific dorms. To get a real target on where the virus is, how it’s spreading and protecting the students, staff, and community," said Birx.

Dr. Birx says officials should take a hard look at expanding wastewater testing statewide to better understand which communities have a high prevalence of the virus. Pointing out that spread is more likely in the community than at school, or work.

"Spread is not happening in the classroom. They are not seeing cases between students and faculty," said Birx.

Nearly 300 UConn students have tested positive for COVID since the school year began but Dr. Birx warned the number who have the virus could actually be much higher, with asymptomatic carriers more common in the younger population.

In addition to random surveillance testing, UConn has also deployed pooled testing where spit samples from dozens of students are combined and tested for the virus — to determine if that pool can be deemed negative or if those students have to be tested individually.

Dr. Birx remarked on why she came to Connecticut:

"We came to the Northeast because we did see troubling signs. Slight upticks in test positivity, slight upticks in cases, and often that is the earlier indicator that there is ongoing asymptomatic spread in the communities."