Hamden Public Schools has first day of classes after delay

The delay was announced in late-August after a Board of Education vote. Administration officials had requested more time to complete "very complex personnel issues related to the new school year."

Officials said the health conditions of staff and their immediate family members had to be worked with to determine who could and could not return, and what accommodations they needed that could be reasonably afforded.

According to administration officials, there were also 'legal and contractual requirements' that had to be worked through.

With the extra week to get accommodations in place, the school district said they hoped to reopen strongly and enable them to provide students high-quality learning experiences with the right staff to meet their needs.

There were two adult educations teachers who had tested positive before the year began, and the district said that was unrelated to the decision to delay the start of school.

As schools opened around the state for the last two weeks, several of them have seen a case or two of COVID-19 in their staff or students. The cases prompted temporary cancelations of in-person classes. In the case of Lincoln Middle School in Meriden, only one class had to quarantine at home after a student tested positive.

Cases have been confirmed in other towns and cities such as East Hartford, Norwalk, Simsbury, Wallingford, Bridgeport, Naugatuck, Newington, and New Milford. 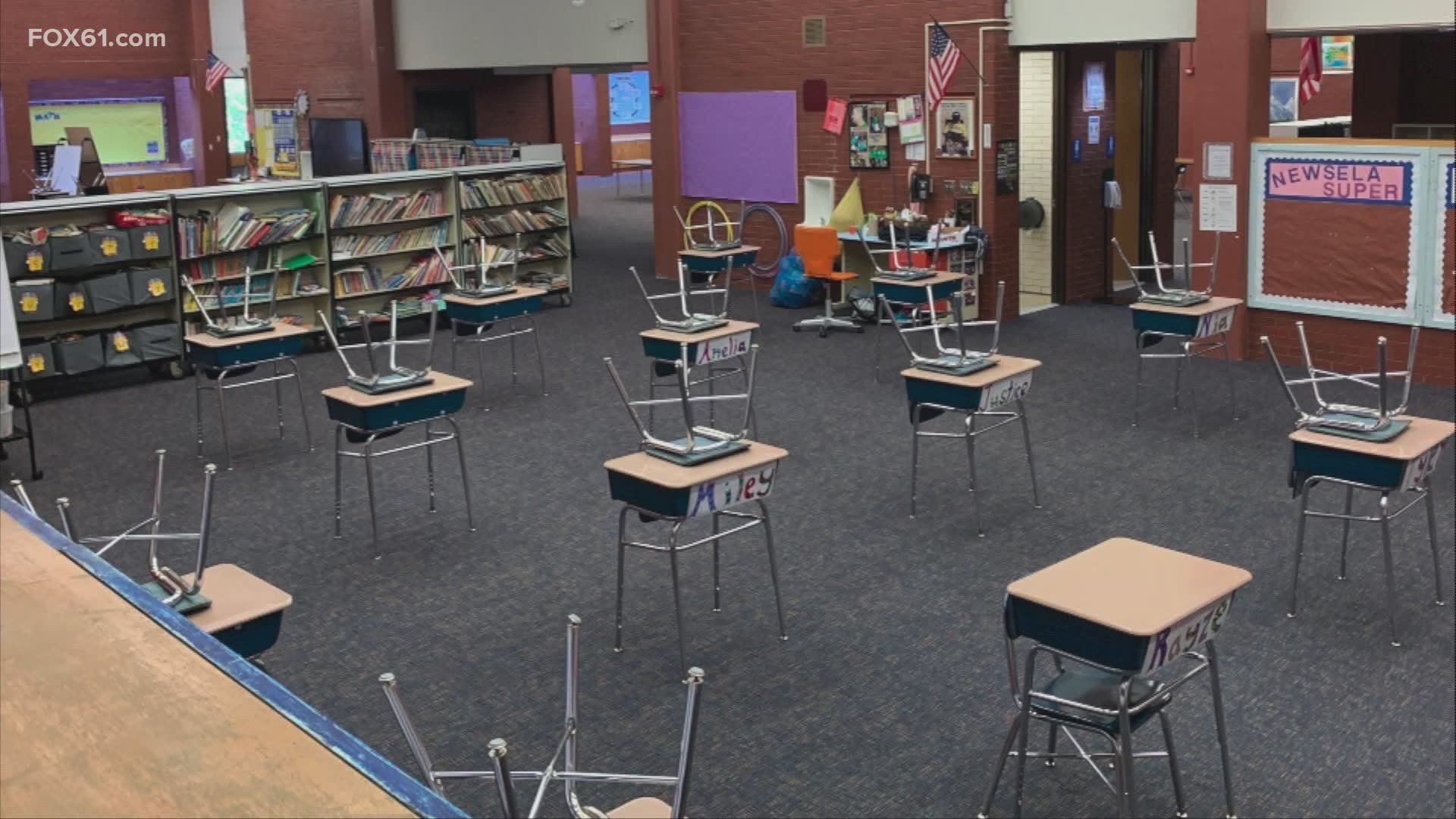 In his COVID-19 briefing yesterday, Governor Ned Lamont said despite a recent small uptick in the state's overall positivity rate, he felt the state was "in a pretty good place."

He said the rates at schools and universities were lower than the general population. He felt that there was no need for state mandates about local school systems actions after a case of COVID-19 was reported and it was best to give the systems individual latitude to respond.