"They may oversleep or they may fail to log in but with a pod, they’re accountable." 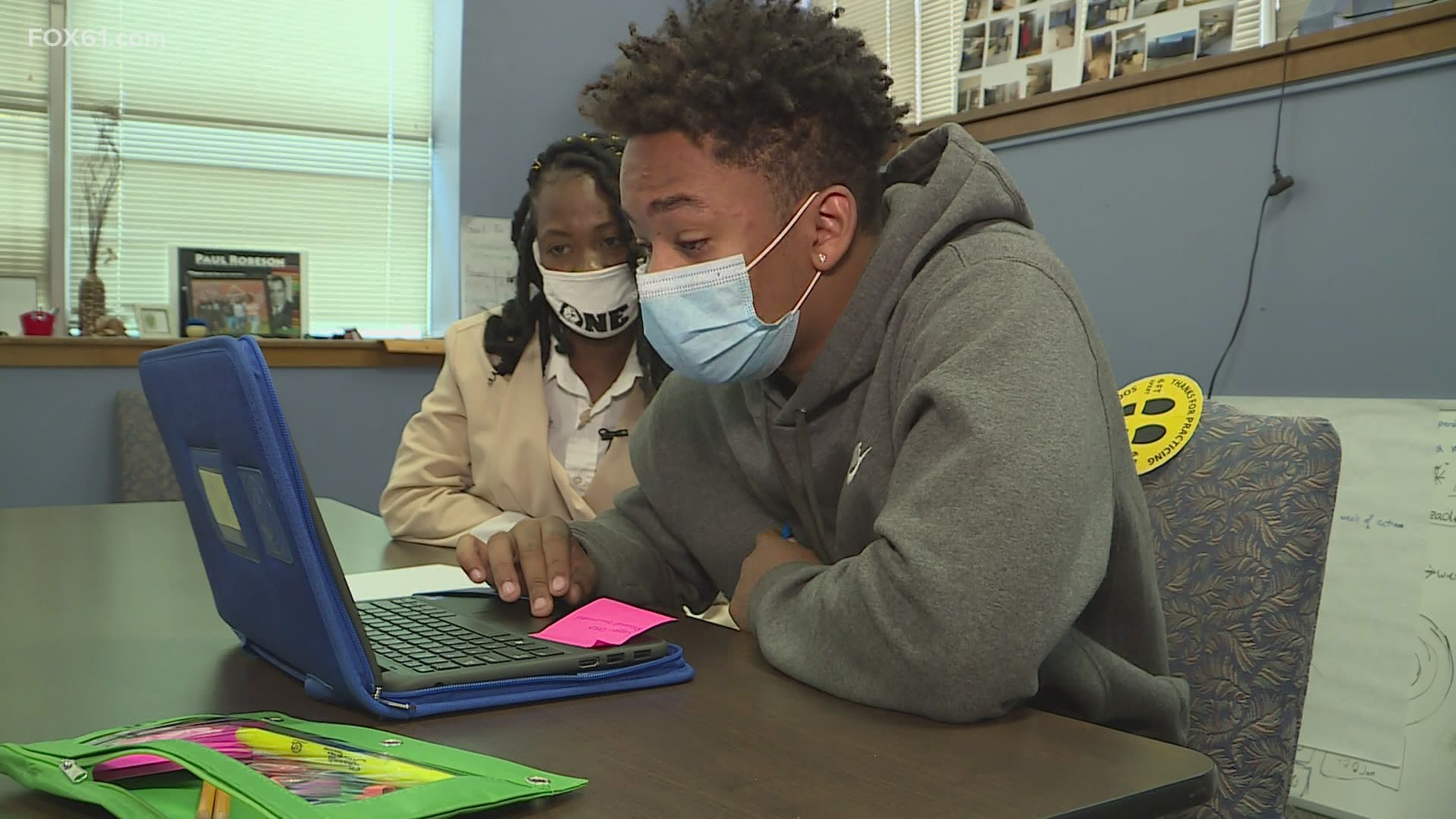 HARTFORD, Conn — Pandemic pods have become an educational trend that has popped up all over the country. They are meant to keep students educated during these uncertain times.

The Blue Hills Civic Association just kicked off their first pod on Monday. It was made possible by community donations.

"Oh, it's hard because if I needed help, I can't get it i f I need it ahead of time," said Bobby Hemingway of Hartford.

Hemingway is a sophomore in high school and he was one of the few students whose parent signed him up for the pod after he accidentally slept in on school days.

"Families are home and children are home so when a child is home, they may not log in. They may oversleep or they may fail to log in but with a pod, they’re accountable," said Tia Miller, pod matchmaker.

Each pod at the nonprofit can range from two to five students and their day starts at 10 a.m. and ends at 2 p.m. Lunch and school supplies are provided as well.

"There’s no interruption in their schedule so the learning continues. There’s a teacher that’s there to provide instruction," Victoria Fennell, Board Chairman of the Blue Hills Civic Association.

Pods are typically held at home. Programs outside of home can cost thousands of dollars, but the nonprofit has received generous donations so students from preschool to high school can stay engaged and excited.

"So let’s say the student is working in Algebra, they would log into Algebra and when that class is over, then i would reinforce what they learned in that class," added Miller.

The nonprofit said they hope to address the educational disparity within the city.

"I think from a performance index, there’s almost like a 20% difference between individuals in Hartford and then individuals in surrounding suburban schools. That’s unacceptable," said Vicki Gallon-Clark, executive director of the Blue Hills Civic Association.

The association hopes the pods will extend until December 18th but it depends on the amount of donations they receive.