UConn students placed under quarantine due to COVID-19 outbreak

University officials say the outbreak developed at the Garrigus Suites. Every student who has tested positive for the virus has been placed in an isolation space. 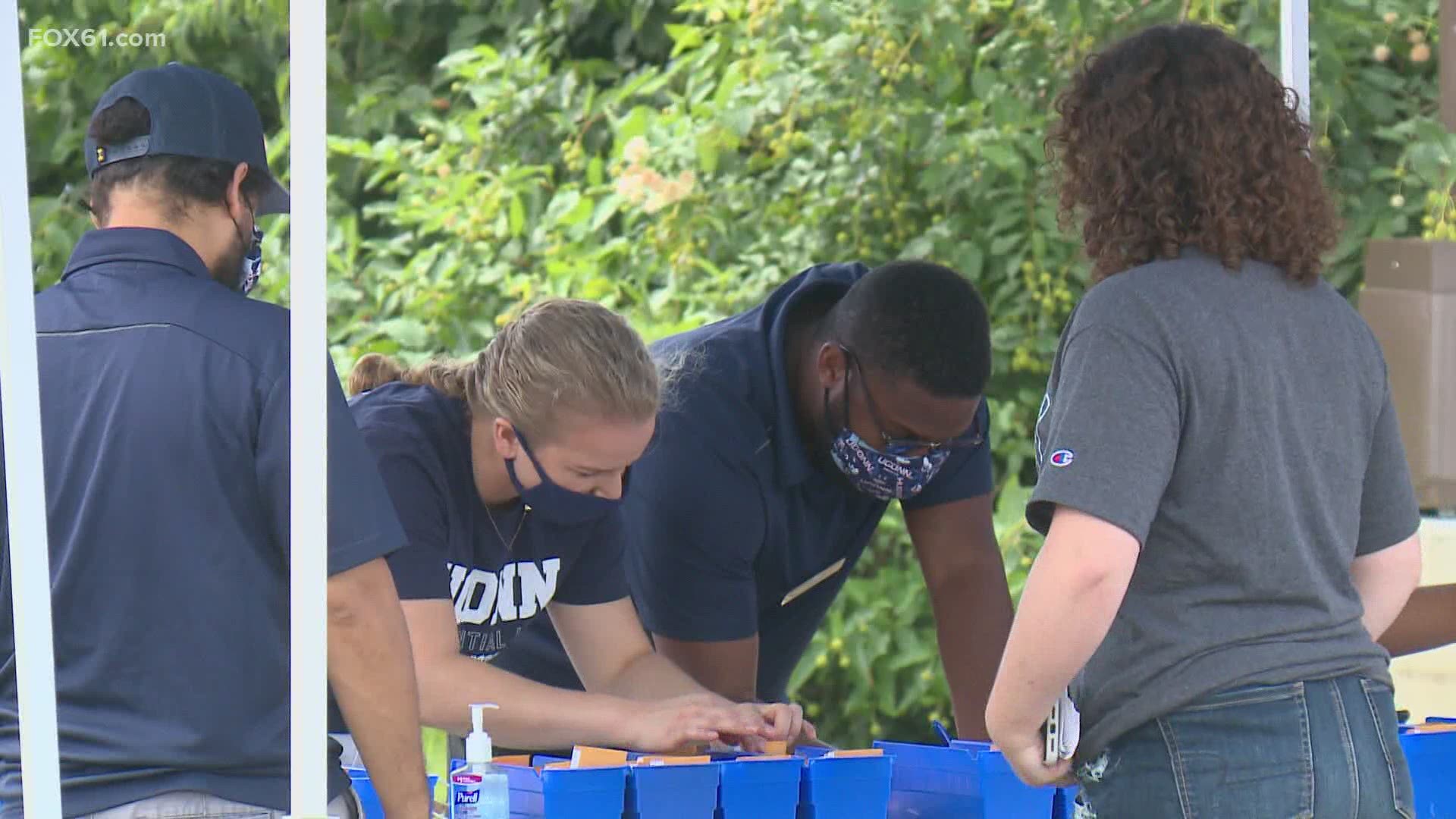 MANSFIELD, Conn. — The University of Connecticut has placed students living in one dorm on the Storrs campus under quarantine due to a COVID-19 outbreak. The university made the announcement Thursday afternoon.

UConn saw an increase of 10 new COVID-19 on-campus cases between Wednesday and Thursday. The university officials said nine of those new cases are associated with Garrigus Suites. Officials say the cluster of on-campus cases first developed.

The nine new cases add on to the 12 new cases associated with the dorm announced earlier this week. Mass testing was conducted at the residence hall of nearly 300 people. The students who have tested positive for the virus have been placed into isolation space on campus.

"The quarantine will need to continue until a clear decrease in transmission can be documented through serial testing. All residents in Garrigus will be tested twice a week, and there is an adjacent dining hall that will be open only to Garrigus residents during this quarantine period," said UConn spokesperson Stephanie Reitz in a written statement.

UConn will be working with the students at Garrigus Hall to make sure they can social learn and not fall behind as classes start Monday. The students impacted by the quarantine will not be allowed to go to class.

Several students were removed from on-campus housing after it was discovered the attended an " unapproved gathering," in a resident hall. It is unclear if Garrigus Suites is the same housing students attended.