The district has a contract with their bus company for 82 bus drivers, but they only had 65 on Monday. More than 300 students were impacted. 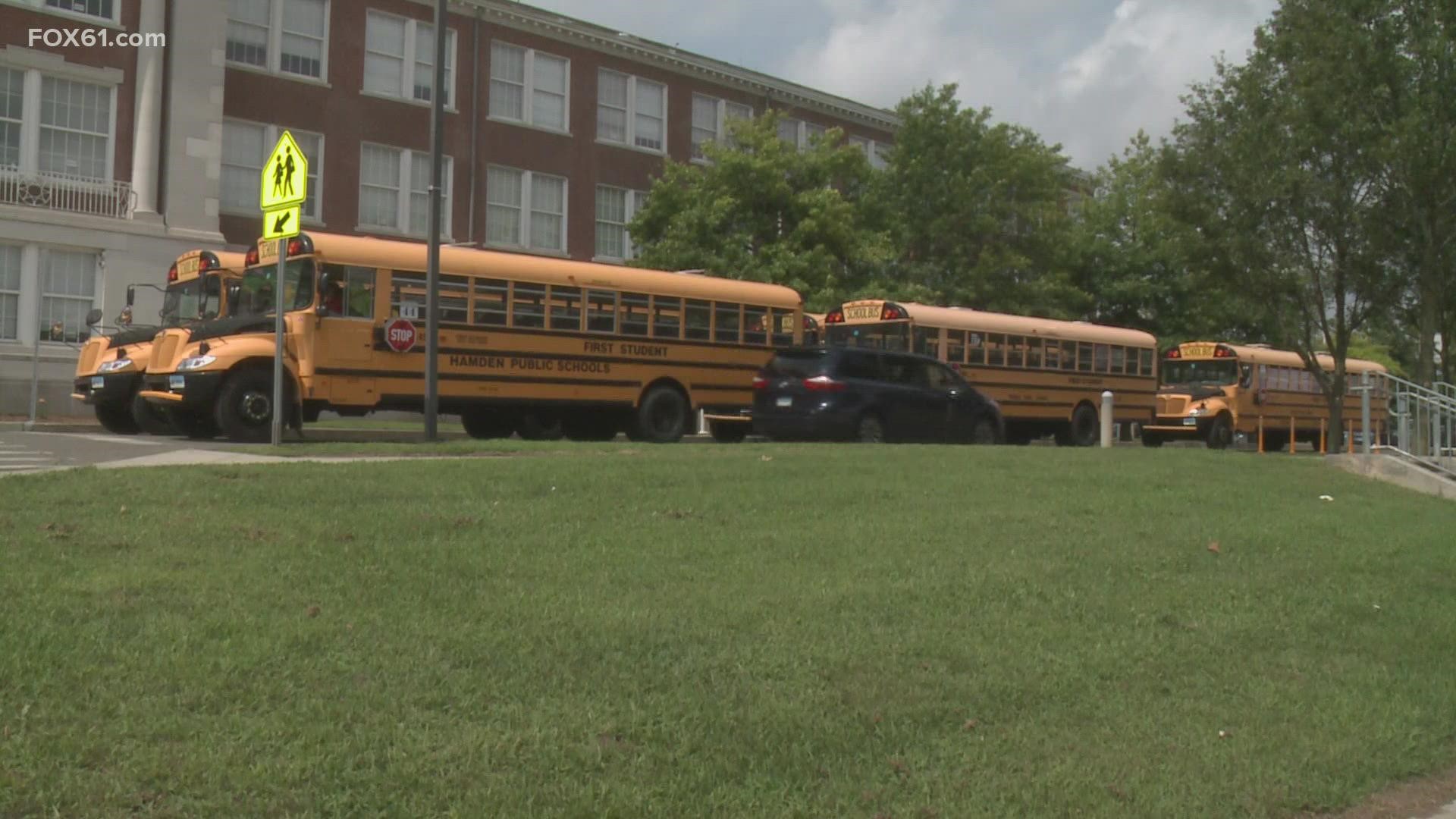 HAMDEN, Conn. — The national bus driver crisis hit home in Hamden. The district was blindsided by route cancelations late Friday, leaving them scrambling throughout the weekend to contact parents, who then scrambled to get time off from their employers.

It looks like what comes next is another day of problems. On Monday, seven routes were canceled. On Tuesday, it will be six.

The district has a contract with their bus company for 82 bus drivers, but they only had 65 at the top of the week.

Monday was the first day of school in Hamden.

"It really sucks," said Erin McMemar, a parent of a high school student who had to leave work early.

Thomas Ariola is the Chief Operating Officer of Hamden Public Schools. He said: "We fully expected the delays with the shortage but not to cover routes really caught us off guard Friday. The superintendent became very frustrated."

Parents were also very frustrated as they waited in the parent pickup line at Hamden High School.

"It’s a pain in the butt and now I’m on my lunch break trying to pick him up," McMemar added.

Haewn Yi is also a parent who said his wife was calling the bus company a couple days ago and they said they don’t know.

FOX61 then contacted the bus company, who said they were too busy for an interview but provided us with a statement.

The statement reads, in part:

"The student transportation industry was already managing a bus driver shortage before COVID-19, and the pandemic has only exacerbated the situation.”

It's a situation that could be further exacerbated by the governor’s school vaccine mandate — which applies to bus drivers, a population with significant hesitancy.

RELATED: Connecticut parents explain why they are against their children being forced to wear masks

"When this mandate comes that could also impact the routes going forward so that will play into how this goes forward," explained Ariola.

The district says they are trying to identify buses with empty seats where routes can be consolidated and buses filled to capacity. It's far from a perfect solution, especially during COVID.

"Less than 24 hours notice. It’s very inconvenient for people who have to work," McMemar added.

The district told FOX61 they are prioritizing transportation for special needs students.

The First Student Bus Company also said they are doing everything they can to recruit drivers, including offering an up to $5,000 sign on bonus with an aggressive compensation package and full benefits.

RELATED: A look at how Hartford schools are returning to classrooms for second year amid COVID-19 pandemic