The district was left 'blindsided' Friday afternoon after routes were canceled, leaving them scrambling throughout the weekend to notify parents. 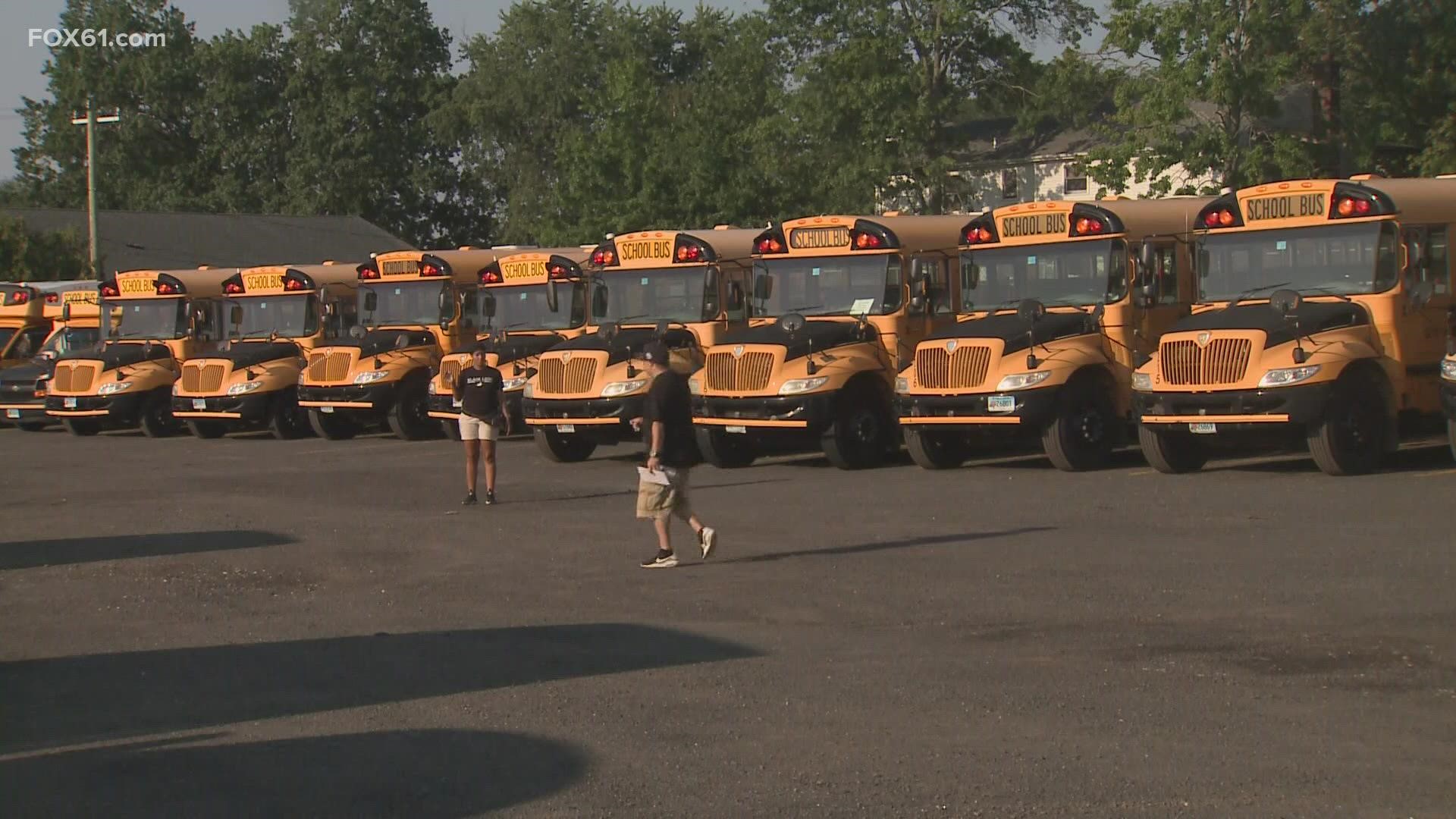 HAMDEN, Conn. — As the Hamden school district prepared for more delays due to a bus driver shortage, the bus company said they were able to borrow drivers.

The national bus driver shortage hit home on Friday in the district. School officials said they were blindsided by route cancelations, leaving them scrambling throughout the weekend to contact parents.

On Monday, seven routes were canceled.

Six routes were planned to be canceled for Tuesday morning but the First Student Bus Company said they managed to "borrow drivers" to ensure that all routes were covered, provided there were no callouts.

RELATED: Cancelled bus routes cause chaos in Hamden on first day of school

At this time it's unknown if any callouts happened.

The district said it had a contract with the bus company for 82 drivers, but only had 65 on Monday.

"The student transportation industry was already managing a bus driver shortage before COVID-19, and the pandemic has only exacerbated the situation.”

The First Student Bus Company also said they are doing everything they can to recruit drivers, including offering an up to $5,000 sign-on bonus with an aggressive compensation package and full benefits.

The situation could be further exacerbated by the governor's school vaccine mandate which applies to bus drivers, a population with hesitancy.

"When this mandate comes that could also impact the routes going forward so that will play into how this goes forward," explained Thomas Ariola is the Chief Operating Officer of Hamden Public Schools.

RELATED: Back-to-school with a twist | Terryville teachers create a memorable start to school