Marsalis had been hospitalized and tested for COVID-19, according to a family member 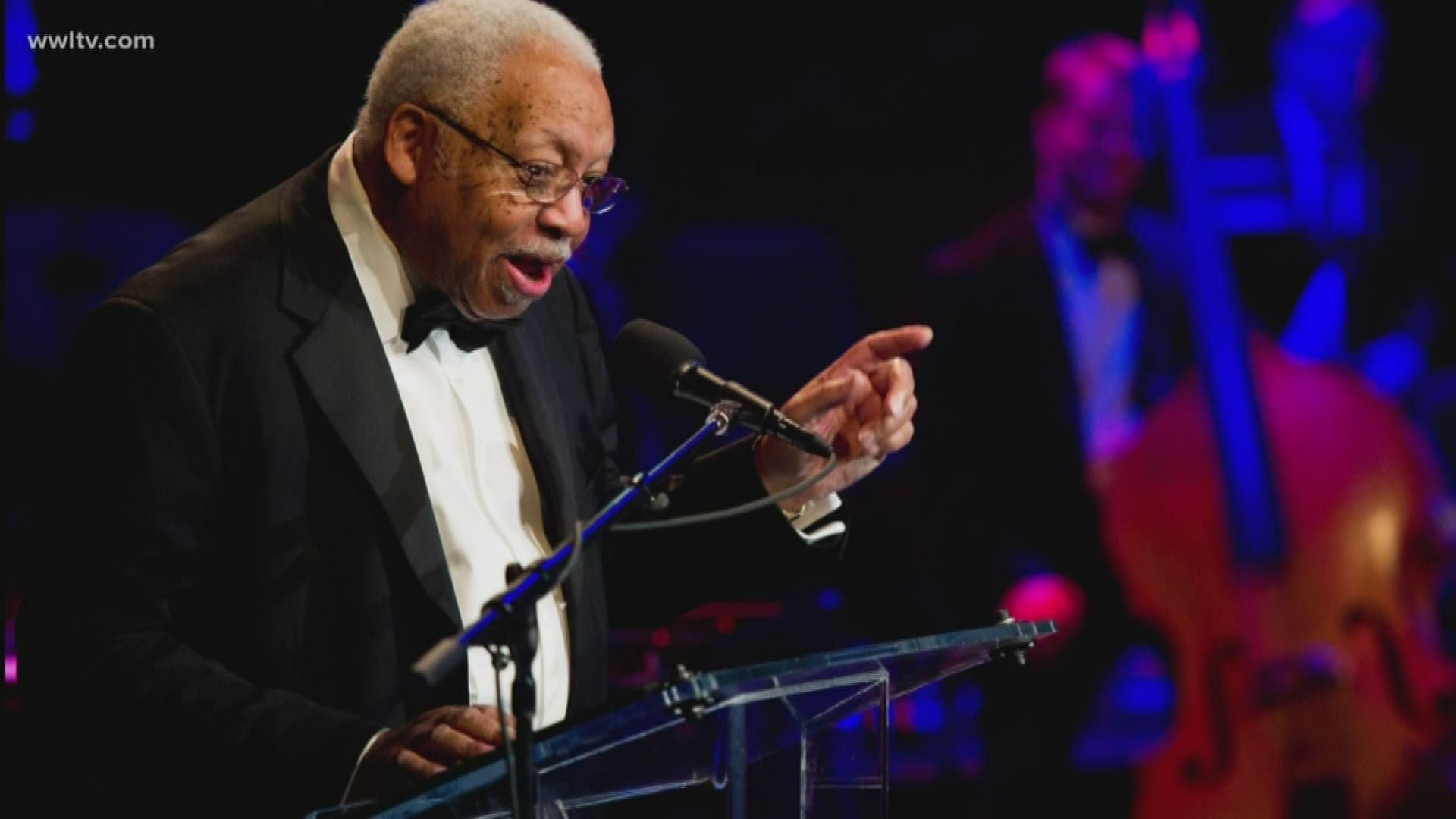 NEW ORLEANS — Ellis Marsalis Jr., the patriarch of a New Orleans musical family, known for his brand of modern jazz as well as for educating generations of musicians as a teacher, has died, according to a family member.  He was 85.

Marsalis had been hospitalized and was tested for coronavirus, but the result was not available Wednesday, the family member told WWL-TV anchor Eric Paulsen.

"He was the prototype of what we mean when we talk about New Orleans jazz," Cantrell said. "He was a teacher, a father, and an icon — and words aren’t sufficient to describe the art, the joy and the wonder he showed the world. This loss cuts us deeply."

Marsalis is the father of internationally-known jazz musicians Branford (the saxophonist, who led Jay Leno's band on The Tonight Show), Wynton (trumpeter and artistic director of Jazz at Lincoln Center in New York), Delfeayo (trombonist, a record producer and performer) and Jason Marsalis (a drummer).

Two other sons, Ellis III, a photographer-poet, and Mboya, did not follow their father into music.

In an Instagram post late Wednesday, Wynton Marsalis said of his father, "He went out the way he lived: embracing reality."

In December, Marsalis retired from his regular gig at Snug Harbor, where he had performed each week for more than 30 years. But he vowed to return as a special guest, accompanying other performers, including son Jason, and was performing as recently as three weeks ago.

In addition to his own musical career, Marsalis was well-respected as a jazz educator at the University of New Orleans, Xavier University and the New Orleans Center for Creative Arts.

"We looked at it as a way of helping students to make decisions in high school as to whether or not they wanted to be serious about music for further studies," he said of his work at NOCCA in a January 2020 interview with WWL-TV reporter Paul Murphy.

Marsalis’s career as a teacher began in the 1970s. He first became an adjunct professor at Xavier, where he taught classes in African American music and jazz improvisation. He left New Orleans in the 1980s for a teaching job at Virginia Commonwealth University but returned to launch UNO's Jazz Studies program in 1989. Marsalis retired from teaching at UNO in 2001.

In a WWL-TV interview in January, he said it was vitally important to teach students, even those from New Orleans who grew up around the music.

"People in the city of New Orleans always thought that music was some kind of natural thing like the rain. When the rain comes, it wets the grass and the grass grows, you don’t have to do anything. That's not necessarily the case," he said.

A New Orleans native, his father operated a hotel where Marsalis met touring black musicians who could not stay at the segregated downtown hotels where they performed. He played clarinet and saxophone in high school but was also playing piano by the time he went to Dillard University. After graduating from Dillard with a degree in music education, he entered the U.S. Marine Corps.

When Marsalis returned home to New Orleans he began teaching and serving as band and choral director of Carver High School. He continued performing as well. Although New Orleans was steeped in traditional jazz, and rock 'n' roll was the new sound in the city's studios in the 1950s, Marsalis preferred bebop and modern jazz. His college quartet included drummer Ed Blackwell, clarinetist Alvin Batiste and saxophonist Harold Battiste playing modern jazz.

In the 1960s, Marsalis was part of the house band at the Playboy Club in the French Quarter, before joining trumpeter Al Hirt’s band, then Bob French’s Storyville Jazz Band. During that period, he recorded with national musicians Cannonball, Nat Adderley, Ed Blackwell and others.

Marsalis recorded more than twenty albums throughout his career.

He received a Master of Music Education from Loyola University New Orleans in 1986. He was a frequent instructor and performer at Loyola as well. In 2007, Loyola and Tulane Universities awarded him honorary doctorate degrees. The next year he was inducted into the Louisiana Music Hall of Fame.

Following Hurricane Katrina, Harry Connick Jr. and Branford Marsalis led an effort to raise money to build the Ellis Marsalis Center for Music at Habitat for Humanity's Musicians' Village in the Ninth Ward.

In 2011, the National Endowment for the Arts honored Marsalis as an NEA Jazz Master, together with his musician sons.

With reporting by Eric Paulsen and material from Associated Press.