The act of generosity comes days after his emotional remembrance of the late Kobe Bryant on TNT. 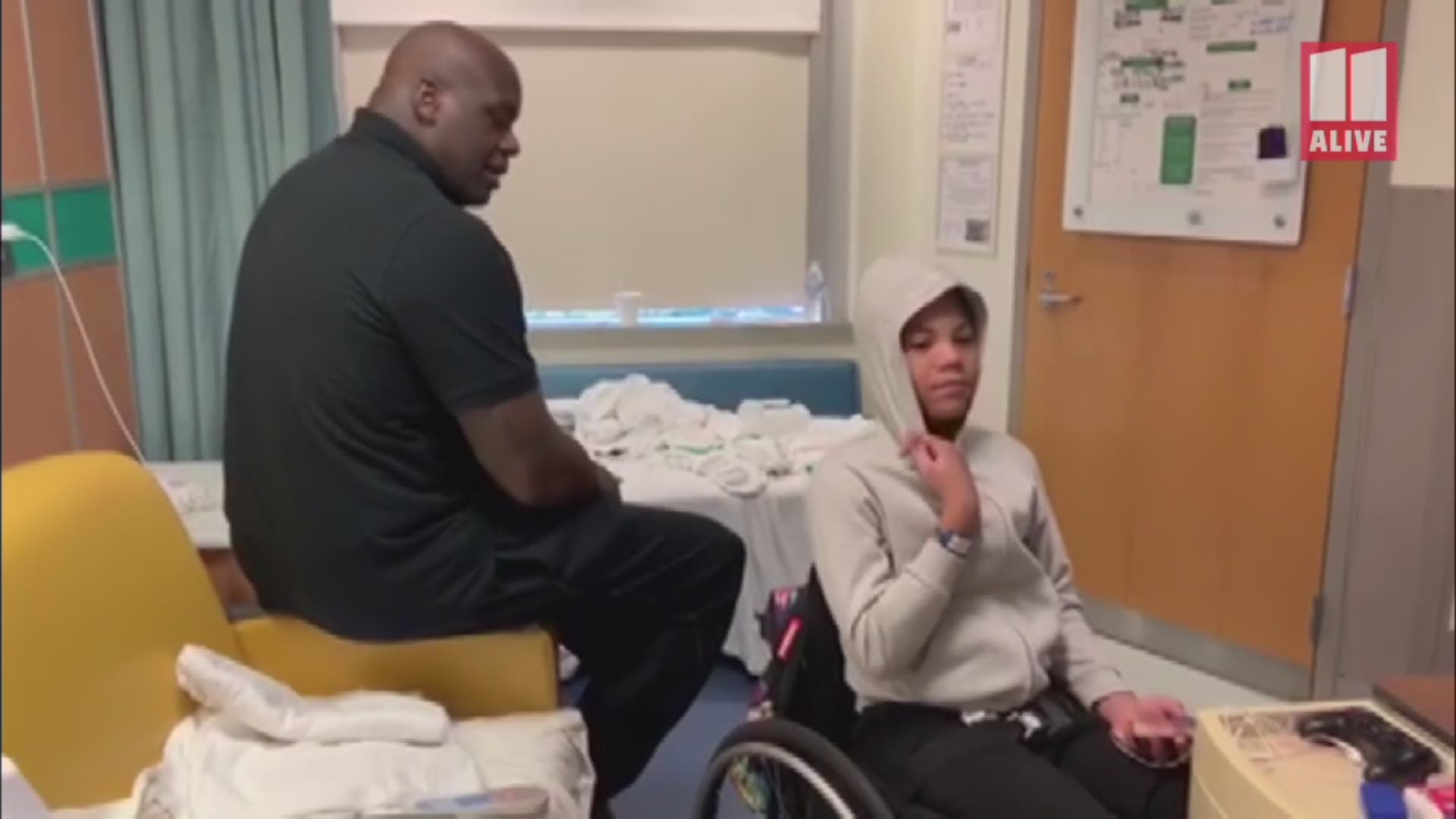 ATLANTA — Superstar sports legend Shaquille O'Neal made a fan's day after a touching conversation in a McDonough store on Wednesday.

According to a Facebook post by Patrick Martin, he and someone else identified as "Mo" ran into the former NBA player in Best Buy as they were shopping for a new laptop. Martin said, "We gave our condolences for his sister and Kobe [Bryant]."

The timely interaction occurred just days after O'Neal became very emotional on NBA on TNT while remembering his sister, Ayesha Harrison-Jex and Bryant, his dear friend and teammate.

"I lost my little sister, I haven't been sleepin', I haven't been doing the normal things that I usually do. I work, we laugh, we kid, we joke, when I get back home I look at reality and say she's gone and it just hurts," O'Neal said as he referred to the Bryants as family saying, "I lost a sister, and now I've lost a little brother."

RELATED: Shaq broke down on TV while remembering Kobe Bryant

Martin said they walked away to continue their laptop search when O'Neal came back up to them and said: "I like y'all." According to Martin, O'Neal told them to get the nicest laptop in here on his dime.

O'Neal is no stranger to generosity. He recently announced that he would donate his annual Super Bowl "Fun House" party event proceeds to the families who lost loved ones in Sunday's helicopter crash.

Back in October, O'Neal announced that he would be paying a year's worth of rent for the family of a boy who was paralyzed after he was struck by a stray bullet.