Eversource workers shared their experience of what it was like helping to restore power to the most devastated area in Louisiana. 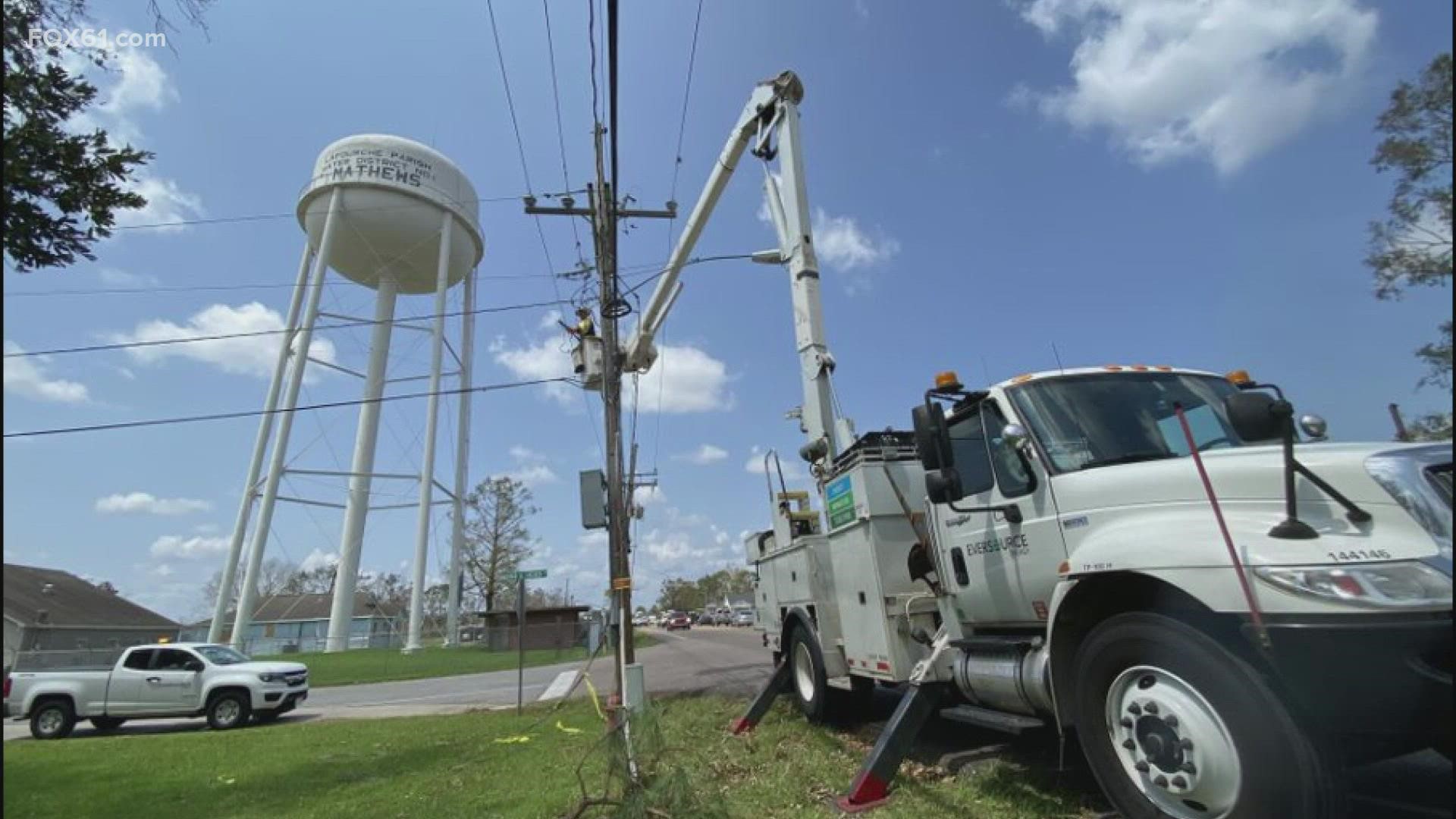 BERLIN, Conn. — It was a big day for Eversource workers Thursday, as they returned home to their families after being in Louisiana for more than two weeks to assist with the Hurricane Ida aftermath.

The linemen shared their experiences with FOX61 and said they are thrilled to return to New England after working 16-hour days for weeks.

At the same time, they called it a rewarding experience especially with the friendly residents..

Eversource sent 40 crews and more than 100 support staff down south. They were one of the many utility crews from around the country to help with the efforts.

Their hard work and presence were a comforting sight to those who lost everything.

"They would bring meals," Central Projects Lineman Jon Sheehan said. "We had people stop on the side of the road offering us local food, we had guys come from Houston, Texas and cook us hot dogs and hamburgers so the people. The guy walked up to him and said we’re blessed and that was his first words to the other linemen. That’s the attitude people have."

Temperatures stayed in the 90s for most days, which made it difficult for work to be done at times.

Cell service was unavailable for the first four days crews arrived and the 911 system was also down at one point.

One of the more unexpected challenges was running into Louisiana wildlife like alligators and snakes, crews said.

What was once a neighborhood in Grand Isle by the Gulf Coast became unrecognizable. The muddy roads, shattered homes, poles stacked on top of each other made it look like a war zone.

"Poles down, poles leaning, all the wires down, transformers on the ground, pieces of the roof on the wires, houses destroyed," Central Projects Lineman Jason Rustic said.

Eversource said Grand Isle is only 25-percent recovered in terms of power but recovering and rebuilding will months and possibly even years.

"The entire side of the house was gone," Rustic added. "You could see in their attic parts all over the ground, so the power situation is fine but there’s a large amount with contractors and electricians. The people are going to be rebuilding for a long time."