Exclusive: A look at Connecticut's first food hall in Hartford

The $4.4 million project at 1400 Park Street is the brainchild of local developer and Hartford native Carlos Mouta. 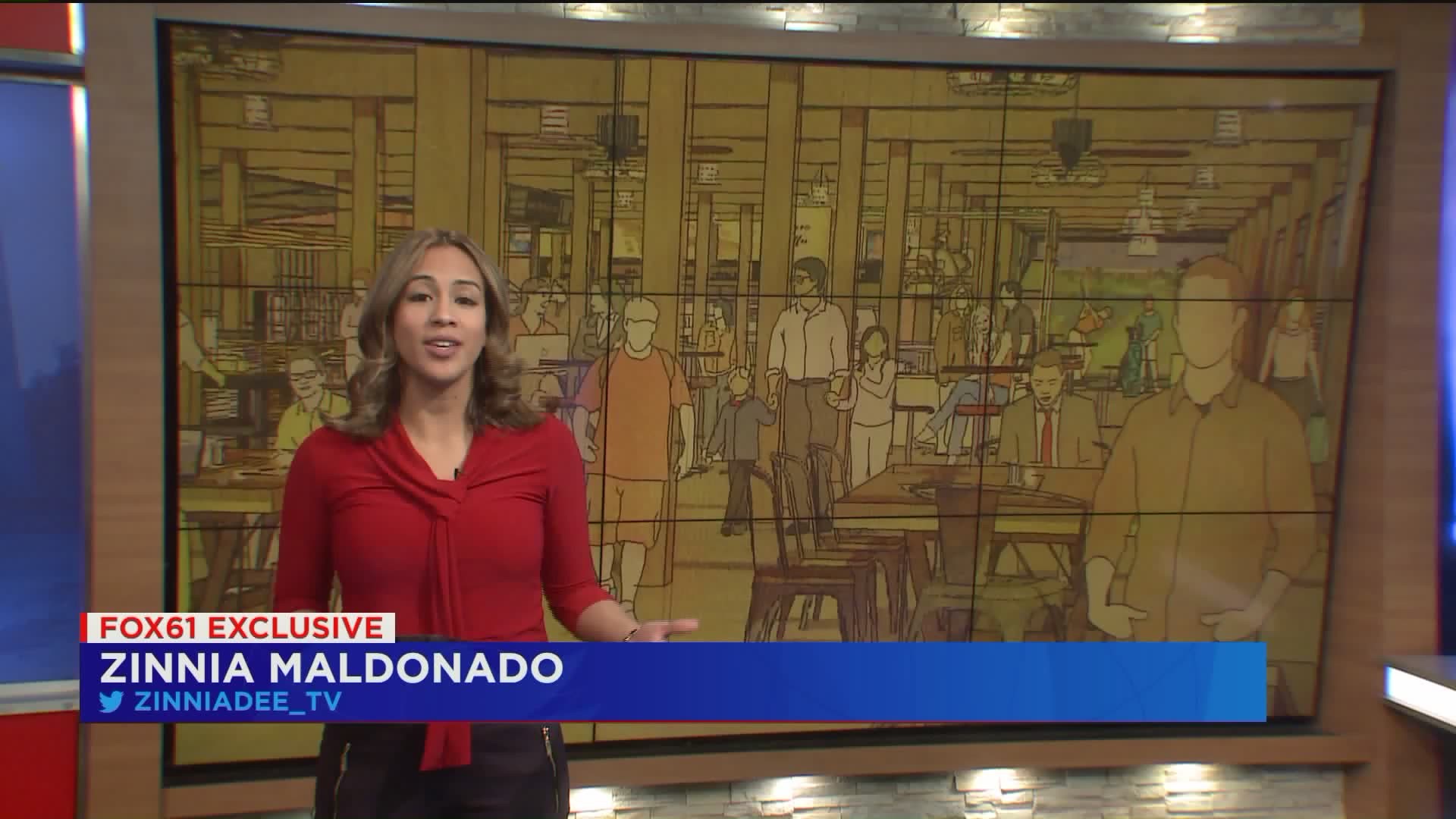 There’s Chelsea Market in New York City and Quincy Market in Boston, but what about a first-class food hall right here in your own backyard? FOX61 got an exclusive look at the state’s first-ever food hall set to open in Hartford this spring.

Parkville Market is set to hold twenty food vendors and more than twenty retailers in the capital city. The $4.4 million project at 1400 Park Street is the brainchild of local developer and Hartford native Carlos Mouta. In 1975 Mouta immigrated from East Africa straight to the Parkville section of the city as a teenager.

“I came to the Parkville area, so I grew up here I went to Parkville high, I'm a local guy I never left,” Mouta said. “It's always been my idea, my dream to transform Parkville," Mouta said.

His vision is now a reality. Mouta said he was inspired by famous food markets in cities, such as  New York, Boston, and Philadelphia.

His daughter -Chelsea Mouta is also a part of the team. She said the redevelopment project aims to gather all of the great restaurants in Hartford and surrounding towns in one place.

“This has long been a very vibrant community both ethnically, socioeconomically, diverse so that is one of the best things about our neighborhood,” Mouta said. “We’ll have pizza, Tex Mex, Peruvian, El Salvadoran, a couple of American concepts, so we really tried to mix it up.”

Along with food vendors the space includes multiple bars, entertainment spaces, and outdoor dining. with plans to add more -such as a brewery and gaming center, in the next few years.