BRISTOL —  A man is now in jail after police said he confessed to stabbing his wife to death. Eddie Torres, 37 faced a judge Wednesday afternoon for his a... 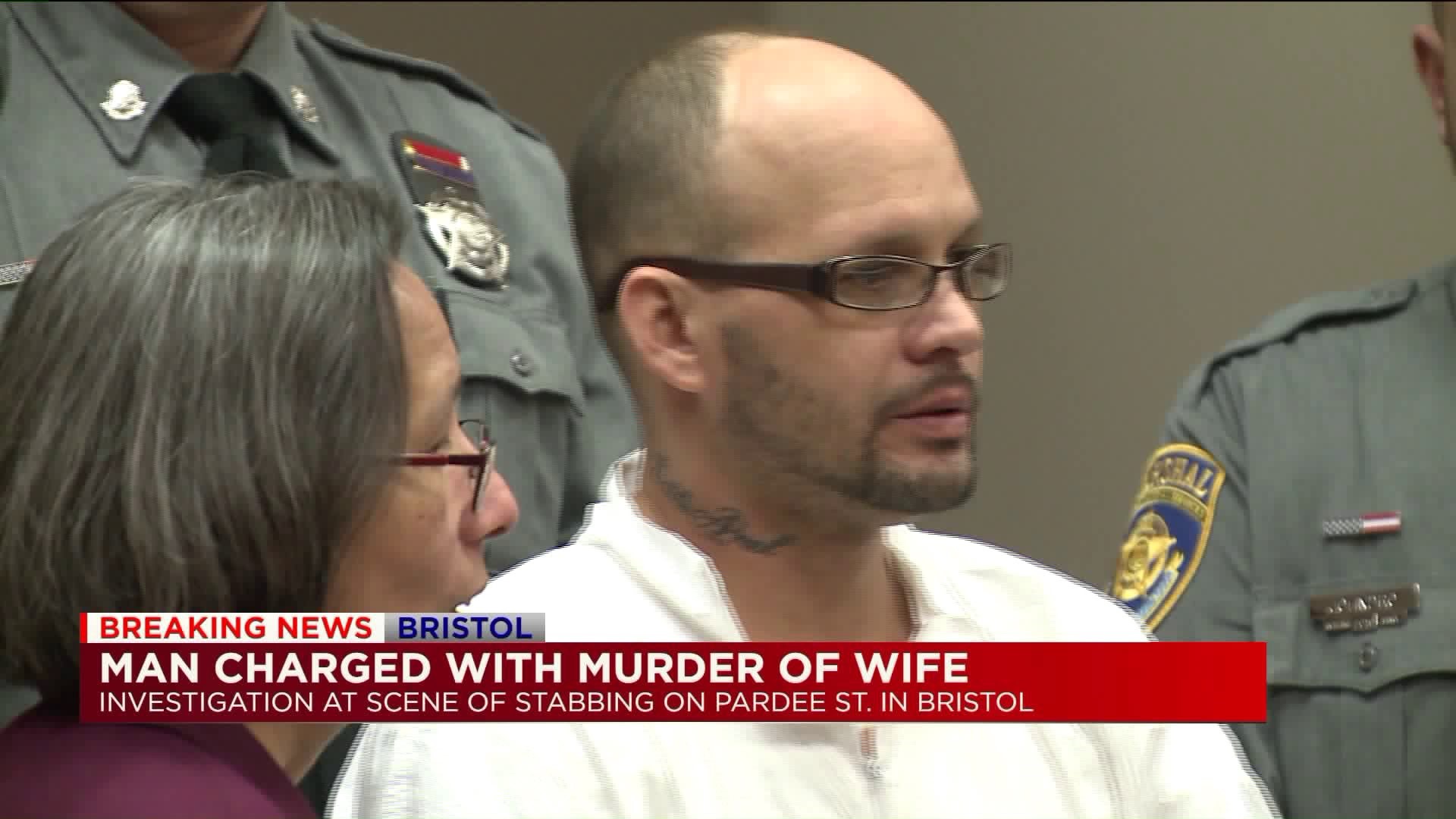 BRISTOL --  A man is now in jail after police said he confessed to stabbing his wife to death.

Eddie Torres, 37 faced a judge Wednesday afternoon for his arraignment and FOX61 was the only station in court.

It happened on Tuesday around 9:30 p.m. on Pardee Street. State Police spent several hours Wednesday investigating at the apartment of where it happened.

"I kept hearing cops going by and “whoo whoo!” and then it was like “whoop whoop!” said Mary Beth Stevens of Bristol.

Stevens said she heard the rush of police cruisers and sirens respond to the apartment after police said Torres stabbed his wife multiple times.

His wife has been identified as Jessica Rivera, 40 of Bristol.

Neighbors said incidents like these almost never happen in the area.

"Actually kind of shocking to tell you the truth. I don’t know. People are crazy," said Robert Dovitski of Bristol.

Torres faced a judge where his bond was increased.

"There has been no previous charges, no prior record. We’re asking to adopt the bail commissioner’s recommendation," said the defense attorney.

When Torres heard his bond was increased, he said "forget it, I'm going in."

In a lengthy arrest warrant, police said Torres walked into the Bristol Police Department with dried blood on his hands admitting he killed his wife.

Officers rushed to the apartment and "observed a female, sitting on the kitchen floor, hunched over, visibly bleeding from multiple areas of her body."

The warrant said Rivera was stabbed in her neck, left arm, lower back and legs.

An officer also found a kitchen-type knife in the bathroom.

It went on to say Rivera also dumped out medications out of a brown bag at the police department, some of which were anti-depressants and pain relievers.

Torres told police, "I wasn't thinking, all the medications. She's crazy. I didn't want to do it. I know I did something wrong, just take me to jail."

When asked when he stabbed Rivera, he said "his wife attacked him and tried to kill him. He then showed a laceration to his palm to her."

Neighbors told FOX61 the couple was just dog sitting for a relative but it unexpectedly turned into a deadly stabbing.

"These days you got to keep the doors bolted and everything anyways but yeah, it freaks me out you know?!" added Stevens.

"We don’t really have any issues over here. It’s pretty quiet around here which is nice," added Dovitski.

Torres' bond is now set at three-million dollars. He is expected to appear in court again at the end of this month.