MERIDEN — Apple Rehab, the owners of Westfield Care & Rehab In Meriden have Informed the state of their intent to shut down. The news now has patients and t... 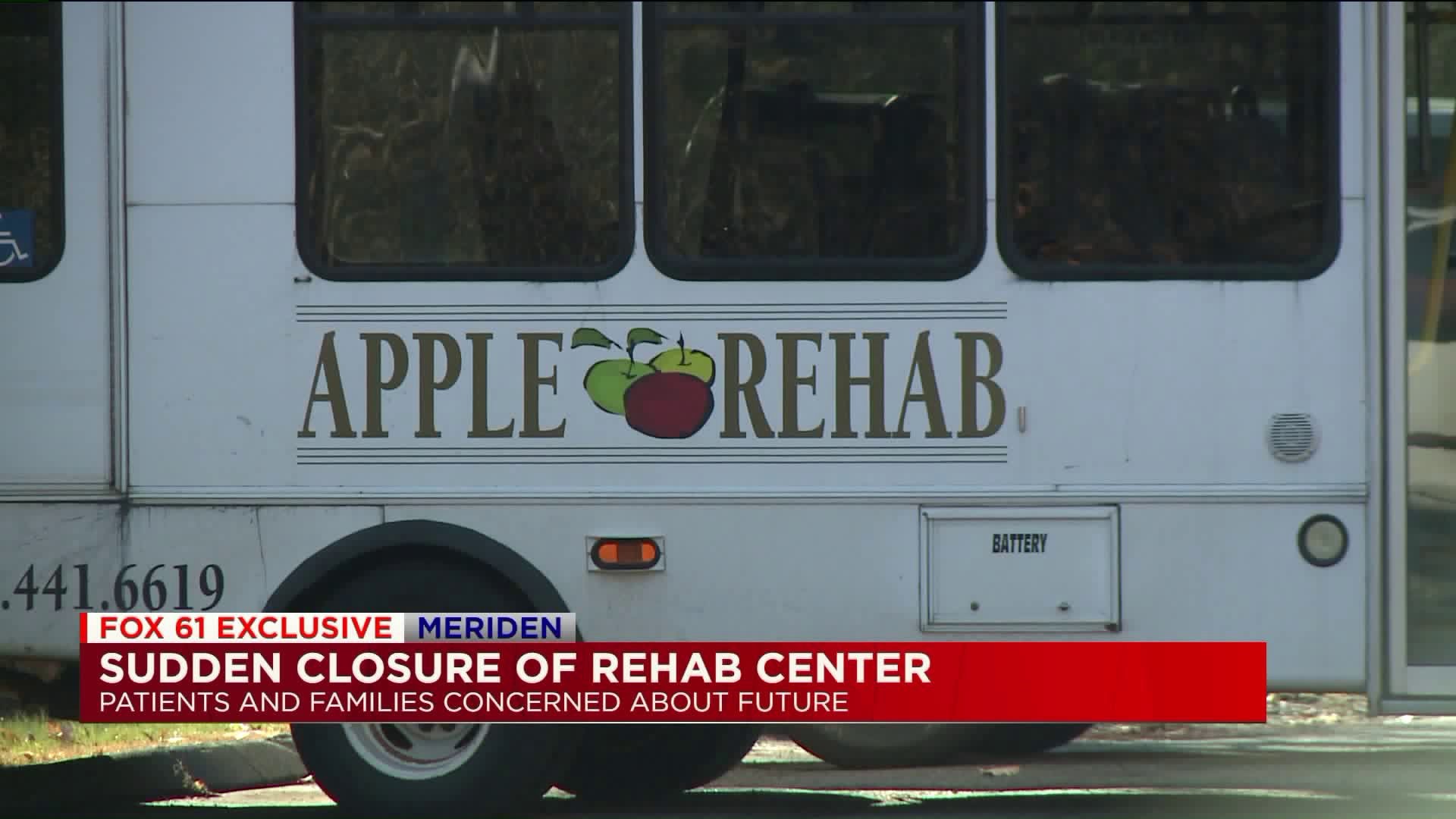 MERIDEN — Apple Rehab, the owners of Westfield Care & Rehab In Meriden have Informed the state of their intent to shut down. The news now has patients and their families scrambling to find quality care elsewhere.

There is never a good time for the stress that comes with relocating a sick or injured loved one, but especially so in the holiday season.

The State Department of Social Services has 30 days to either approve or deny Apple’s petition to close.

“They had said that the facility would be closing and that we had 3 to 4 months,” explained Sharon McCarthy, who’s uncle is a patient at the Meriden facility.

The reason is money and patient population.

Apple cited operating loses over the last year of nearly a million dollars. In addition, less than half of the beds are occupied at 57 patients.

“I think right now it is going to be really tough to get him adjusted to a new environment,” said McCarthy about her uncle.

In a letter, facility administrator Jane DeVries said the decision comes after “painstaking efforts to revitalize Westfield,” and said, “placement coordinators will be on staff,” to assist families in relocating.

But that’s easier said than done.

“There is a place I called yesterday and they told me the waiting list was 10 years,” said McCarthy. “I want to make sure that I have a place that I want to pick that I know would be good for him.”

Apple Rehab based in Avon operates 24 facilities in CT and RI.  Westfield is rated above average.

“He is always clean, shaven and fed. And they do activities with him,” said McCarthy about the care her uncle receives.

They haven’t been denied any Medicare money over the last three years. Inspection reports detailed only minor infractions. But is this indicative of a wider problem?

Between 2011 and 2016, the most recent data available, 15 care facilities have shuttered in the wake of a structural reorganization and a moratorium on new beds across the state.

Additionally, last year, nursing homes with a higher re-hospitalization rate lost 2% of their Medicare reimbursements. The Department of Public Health will visit the Meriden facility on November 26 to inform patient of their rights during this process.