SHELTON – The NAACP Valley Branch demanded action after a string of racially charged incidents at Shelton High School. Shelton Public Schools is looking into a ... 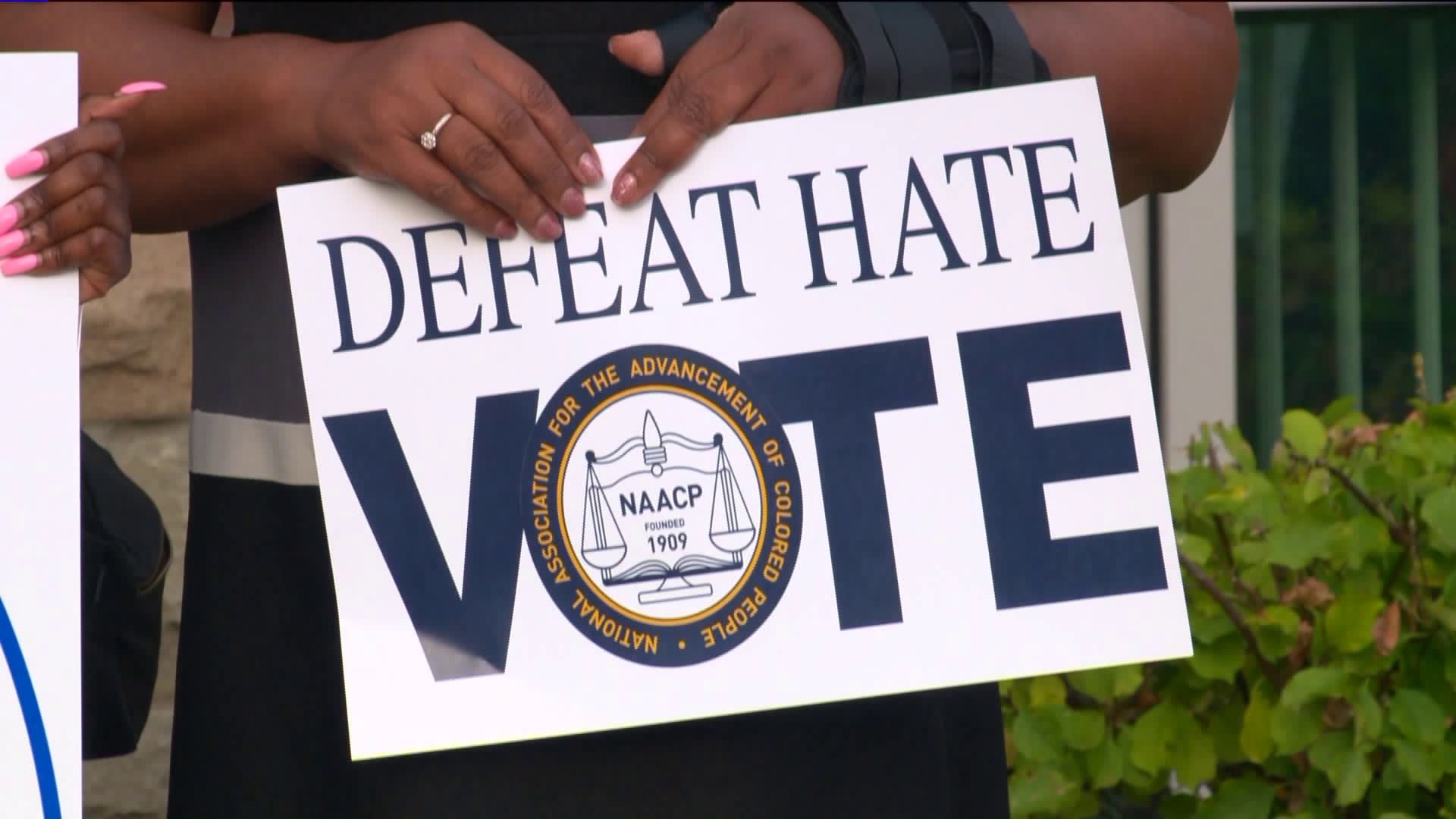 Shelton Public Schools is looking into a controversial Snapchat video exchanged between two students there.

Johnson said he is fed up with Shelton schools and racist incidents.

He said the latest incident involves a white girl rapping in a Snapchat video. FOX61 cannot release the video because of her age, but she eventually said the n-word.

Kaylan Jernigan, 15, of Shelton said the girl has been bullying her in school and on social media and sent her the video on Snapchat with the intention to offend her.

“Everyone knows where that word comes from. I feel like that just made me so mad because I’m the only African American girl that goes to this majority white school," said Jernigan. "She has been threatening to fight me, harm me, and I honestly feel so unsafe in this school and I’ve told them and they simply just told me to ignore it.”

The two argued on Snapchat.

Jernigan’s mother said she brought this to the attention of the superintendent, angry that her daughter is the one being asked to apologize for what she said to the girl. Jernigan, however, argued she was defending herself.

“I feel helpless. As her mom, like what can I do to protect my child from racism from her having to go through this?” said Jernigan’s mother, Mary Jackson.

Shelton Superintendent Christopher Clouet said the video is worrisome but added he needs to determine if singing a song is considered racist.

“I’m not certain that singing the words to a song is necessarily overtly racist. I’m not quite sure it qualifies as hate speech but I’d have to find out more about the intention and that I don’t know yet,” said Clouet.

When asked if Jernigan is being asked to apologize, Clouet responded.

“At this point, we have made no request for anything like that. What we are looking at doing is having a mediation meet which means the two girls with adults present working it through,” added Clouet.

The NAACP Valley Branch rallied outside of Shelton Intermediate School in September over a string of Blackface incidents across the state, including another Shelton student on Snapchat.

In October, an intermediate school student was accused of spitting on a person during a trip to the Smithsonian African American History and Culture Museum in Washington, D.C.

Johnson demanded Shelton’s educators to step up to address the wrong.

“It starts at home. What happens at home happens in the school, in the hallways of the school. So it’s up to our educators. It’s up to our parents to take control of the situation because it’s totally inappropriate. It’s totally not respectful for people of color.

Superintendent Clouet said he is also constantly conducting bias training with students so there is an open dialogue about sensitive topics like these.