ANSONIA- Early New Year’s night, it appeared there was some hope in the case of missing Ansonia one-year-old Vanessa Morales. However, those hopes were dashed. ... 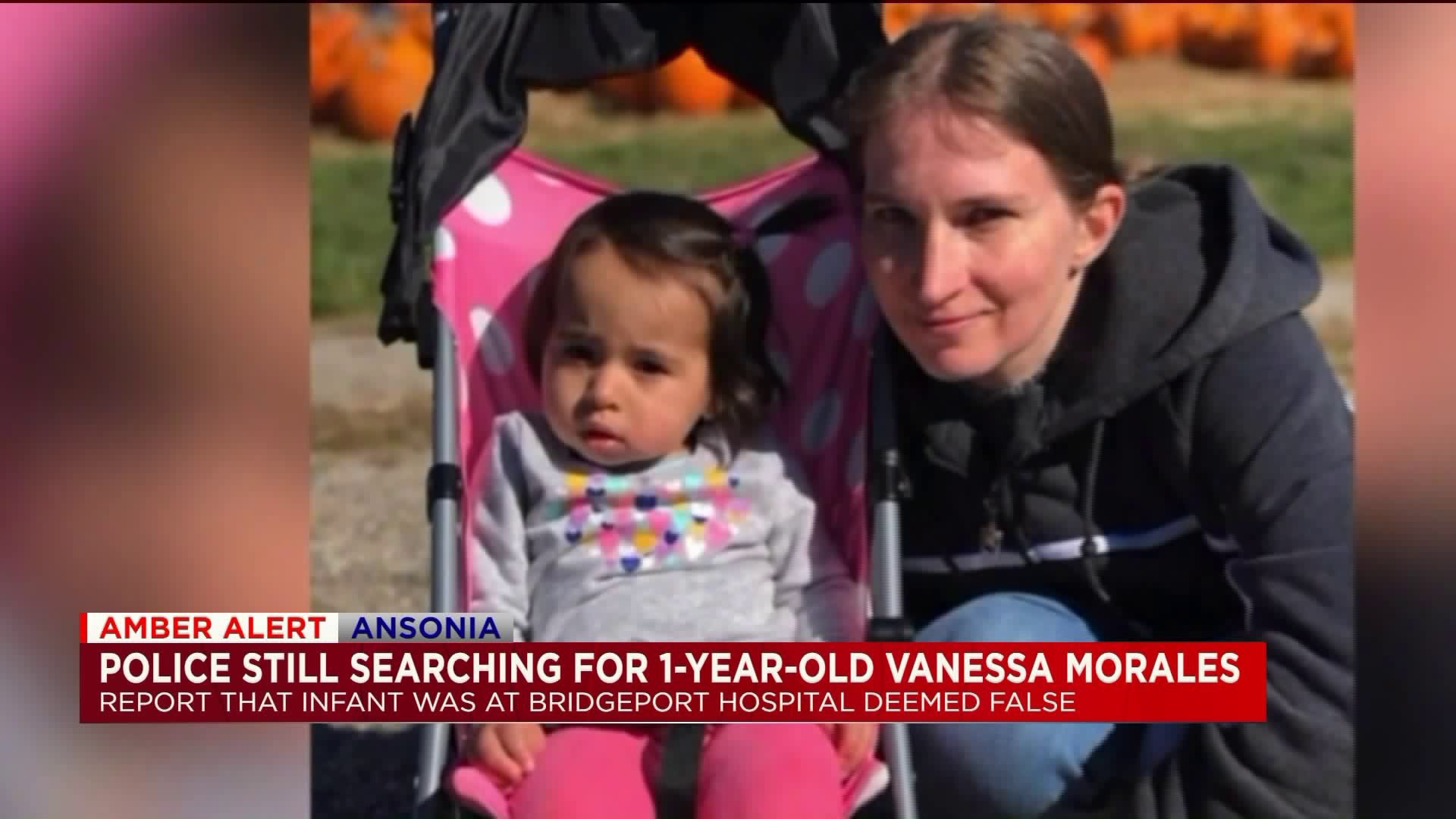 ANSONIA- Early New Year’s night, it appeared there was some hope in the case of missing Ansonia one-year-old Vanessa Morales. However, those hopes were dashed.

At approximately 8 o’clock Wednesday night, Ansonia police were contacted by Bridgeport police about a possible sighting inside the hospital of missing Vanessa Morales. So, an Ansonia detective was sent to the hospital to review the video.

“The child on the video had a striking resemblance to Vanessa,” said Ansonia Police Lt. Patrick Lynch. “She was with a group of people.”

Fortunately, police were able to identify the people the child was with.

“We interviewed them,” Lynch said. “The baby was not Vanessa. It was a much younger child, actually.”

Vanessa’s father, 43-year-old Jose Morales, in jail for a month, as a result of unrelated weapons charges, remains the primary suspect in both the murder of Vanessa‘s mother, Christine Holloway, and Vanessa‘s disappearance.

“We are not going to go into the depth and breath of his cooperation, but he has cooperated,” said Lynch.

And, while he is not yet charged in either of these cases, he has been convicted of violence in the past, including in 2012.

According to court documents, obtained by FOX61, Jose Morales threatened an ex-girlfriend, while holding her down on the floor in her Meriden apartment. The girlfriend’s mother told police Morales said, “I’m going to break all your bones.”

After arresting him in June 2012, Meriden police charged him with violation of a protective order and disorderly conduct. Morales was convicted and placed him on two years probation.

Then, several months later, court documents show he was arrested in West Haven after police witnessed him “maliciously grabbing” an arm of the same ex-girlfriend as they were walking down the street.

Police say after she broke free, he ran past her and grabbed her again. Morales was convicted of violation of probation in that case and went to jail for nine months.

Police say they remain convinced that baby Vanessa is alive and still here in Connecticut based on the evidence they have.