TORRINGTON — A massive fire destroyed a popular Torrington restaurant Thursday morning. A 911 call came in just before 9 AM from a person driving by Marin... 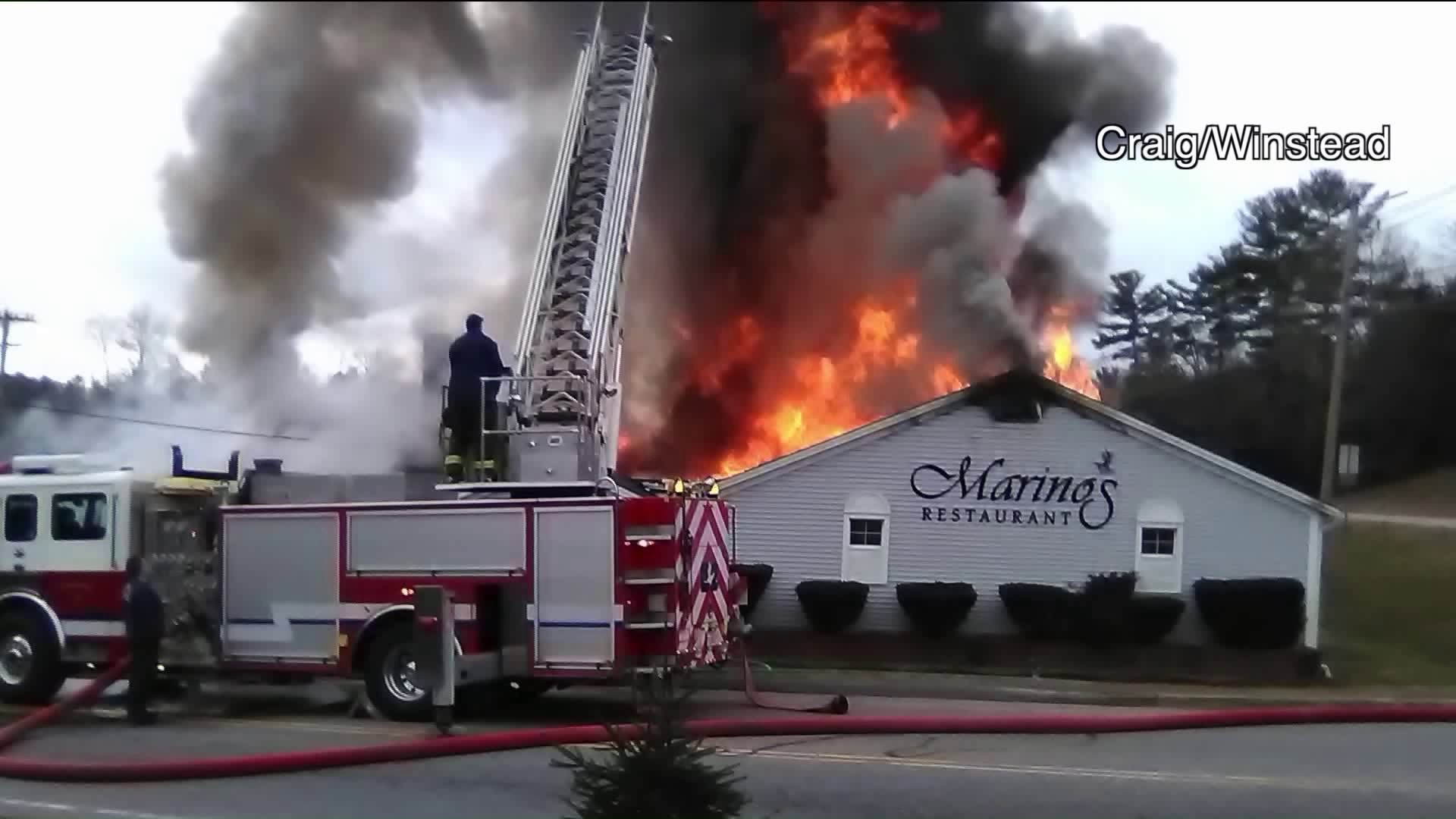 A 911 call came in just before 9 AM from a person driving by Marino‘s restaurant, which had gone up in flames.

The only person in the building at the time it broke out was one of the owners, Chris Marino, who made it out safely.

Mr. Marino told FOX61, off-camera, he was cooking, when the fire started in the kitchen. However, he couldn’t prevent it from spreading.

“Our crews initially at the scene activated a second alarm, at which point, once we were on scene, we went to defensive operations because we had a partial collapse of the roof,” said David Casper, Battalion Chief, Torrington Fire Department.

A man from Winsted, who would only identify himself as Craig, was on his way to work when he said he “watched the roof collapse right there, around the chimney. I was standing right here when it fell in. It was crazy.”

“This is going to be very lengthy,” said Ed Bascetta, Torrington Fire Marshal. “We will have to take everything down layer by layer to get to our area of origin and then hopefully our point of origin.”

Several hours after the fire ravaged this 82-year-old building, one of Marino’s food suppliers showed up with a delivery

“It was always a good time,” said a longtime family friend, Marshall Cohen.

He and his wife had dinner Wednesday night at Marino’s, which has been a thriving business since it opened in 1957.

“We were originally in the milk and ice cream business and we serviced them for many years and it’s an institution here,” said an emotional Cohen.

“It’s a quaint little restaurant,” added Bascetta. “They lost a lot of heirlooms in here. So, I feel bad. I really do.”

The state and Torrington Fire Marshal’s offices are collaborating in determining the point of origin and cause.

And, how’s this for a daily reminder of what happened. Co-owner Chris Marino and his family live right next-door to the restaurant.