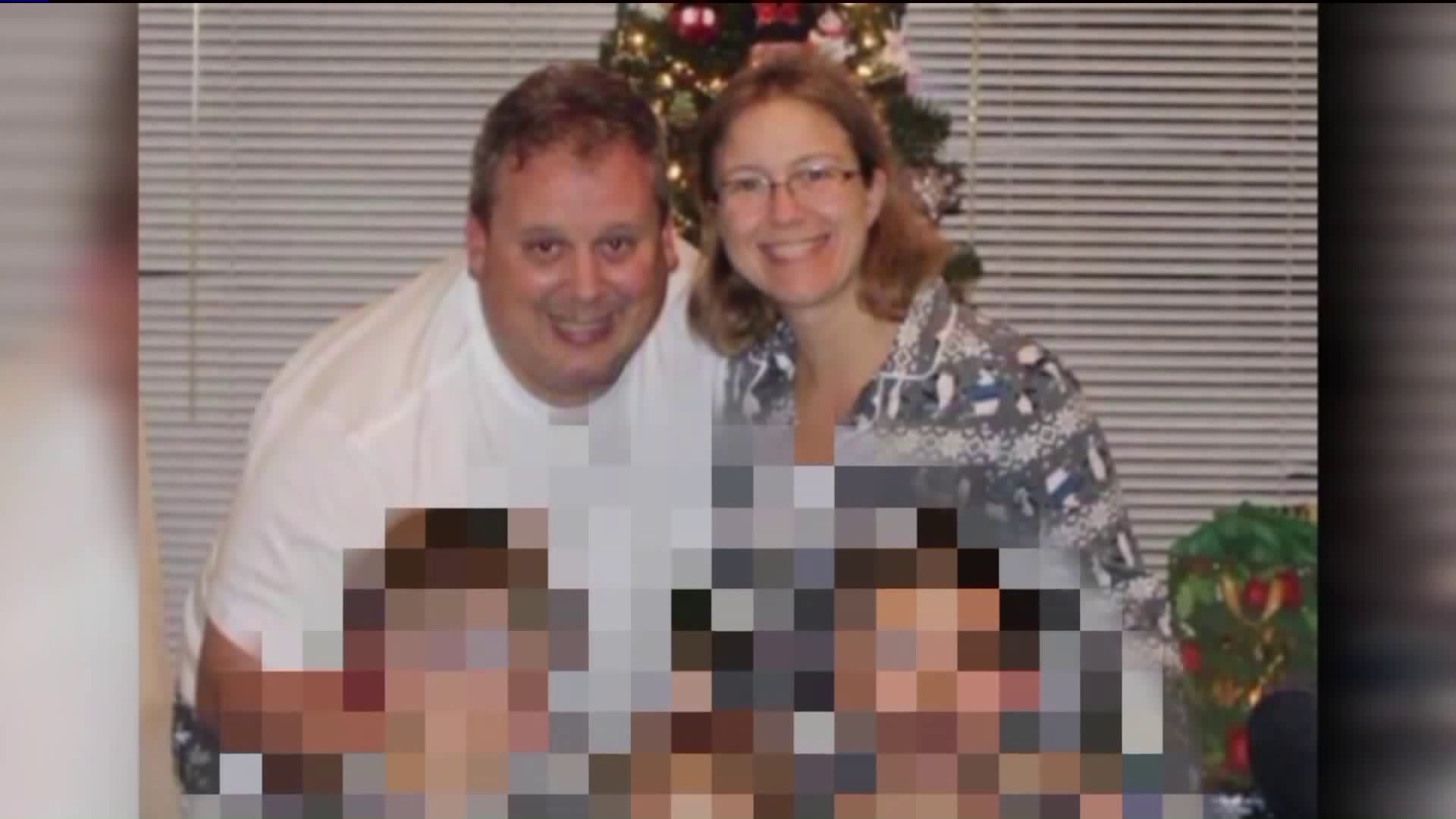 According to the Osceola County Sheriff's Office, police were called to the home at 2002 Reserve Place to assist federal agents with the Department of Health and Human Services in serving an arrest warrant for Todt.

Police say that deputies on scene made contact with Todt in the home, along with federal agents, and he was immediately detained.

While police conducted a safety check of the home, they discovered four dead individuals. The home was secured while detectives served a search warrant.

Police say he confessed to killing his wife and three children. The medical examiner determined their cause of death to be homicide, but specifics on how they died were not given. Todt has been charged with multiple counts of homicide and one count of felony animal cruelty.

Osceola County deputies are walking out Tony Todt, who is accused of killing his wife Megan Todt and their three children in Celebration. @WFTV pic.twitter.com/bTzUjw3PX5

From the initial investigation, including Todt's statements, police believe the victims have been dead since the end of December.

Police say while the bodies have not officially been identified--based on the investigation--they strongly believe the bodies to be Megan, Alex, Taylor, and Zoe. They did not specify where in the home the bodies were found.

On December 29th, police say they received a request by a family member of Todt's to check on the family. The family member had been told they "all had the flu" and had not heard from them in two days. According to police, deputies responded to the home and checked the home and the area, but did not make contact with anyone inside the home, and did not see anything suspicious.

Police cite the family's history of traveling, and it was not uncommon for the family to "pick up and go someplace". Tony Todt had a business located in Colchester.

On January 9th, police were contacted by federal agents concerning an investigation into Todt. Deputies had been attempting to contact the family over the course of the weekend, police say, with negative results. While deputies were at the home, and after they conducted a "thorough search", police say nothing suspicious was found, and neighbors still have not reported anything suspicious.

Police say there were no reports of an odor in the air.

Todt was said to have taken some pills and was taken to the hospital as a precautionary measure.

Documents out of Florida reveal the Todt family was renting the home Celebration. According to the documents, the Todts were being evicted from the property for owing about $5,000 in rent.

Attorney General William Tong confirmed they have a 'False Claims Act' investigation into Tony Todt. This comes after a nearby business owner told FOX61 she saw general investigators in and out of his Colchester business. It's reported that Tony Todt's physical therapy license was suspended. 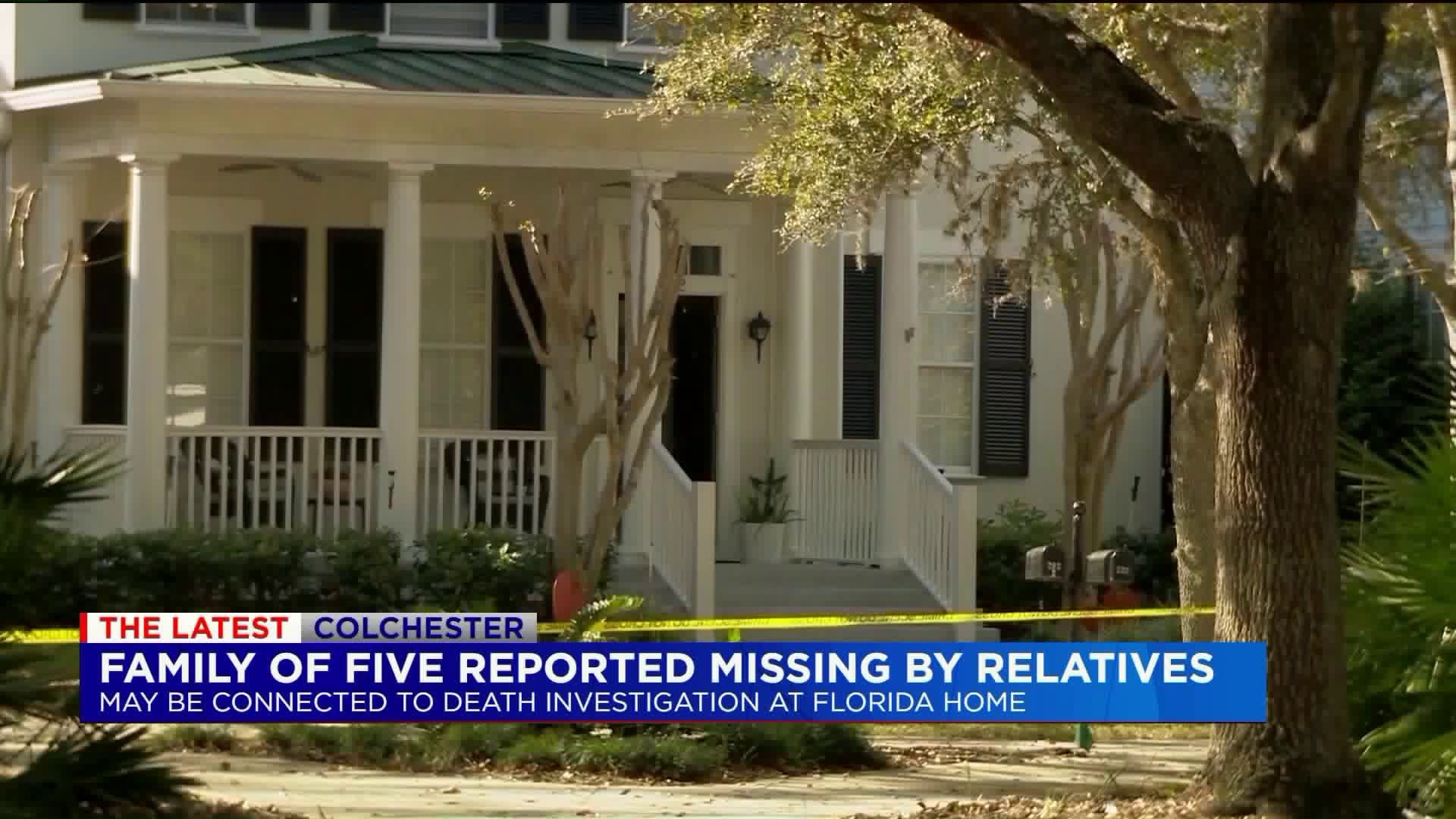 "The Office of the Attorney General can confirm we have an open False Claims Act investigation into Anthony Todt. Beyond that, we are unable to comment or provide further details," said Elizabeth Benton, Director of Communications.

Colchester's First Selectman's office put out a statement regarding the Todt family's disappearance:

The news reports out of Celebration, Florida regarding a Colchester family are shocking and heartbreaking. It is in times like these that our town pulls together and shows what we are made of; compassion and kindness. We have crisis counselors at our schools for any children who may be impacted. Additionally, we are looking into other ways to support our community.

We will keep you up to date on what the town will be offering, and ways to help, as we continue to put together support services.

If you or your child are impacted by this recent tragedy and are having difficulty coping, please reach out for help.

All of us at Colchester Public Schools are deeply saddened by the news out of Celebration, Florida regarding the Colchester family. As a community, we are committed to coming together to support students who may be emotionally impacted by this news. All of our crisis teams met early Tuesday morning and counselors are available in every school. If you have concern for your student, please contact the school for support.

Connecticut State Police also emailed a statement in the case on Tuesday:

The news reports out of Celebration, Florida are heartbreaking and as an agency we want to express our deepest condolences to the families of the victims.

To date, the Connecticut State Police has not received any request from local authorities in the Florida area to assist in this investigation. We are confident in their ability to conduct a thorough investigation. We ask that the public exercise patience while the Osceola County Sheriff’s Department releases information as  these types of investigation tend to be complex