Flu anxiety worsens on news of 5th death in Connecticut

HARTFORD — On the heels of yet another death in Connecticut, state health officials are keeping a watchful eye on the spread of the flu. 2,900 people acro... 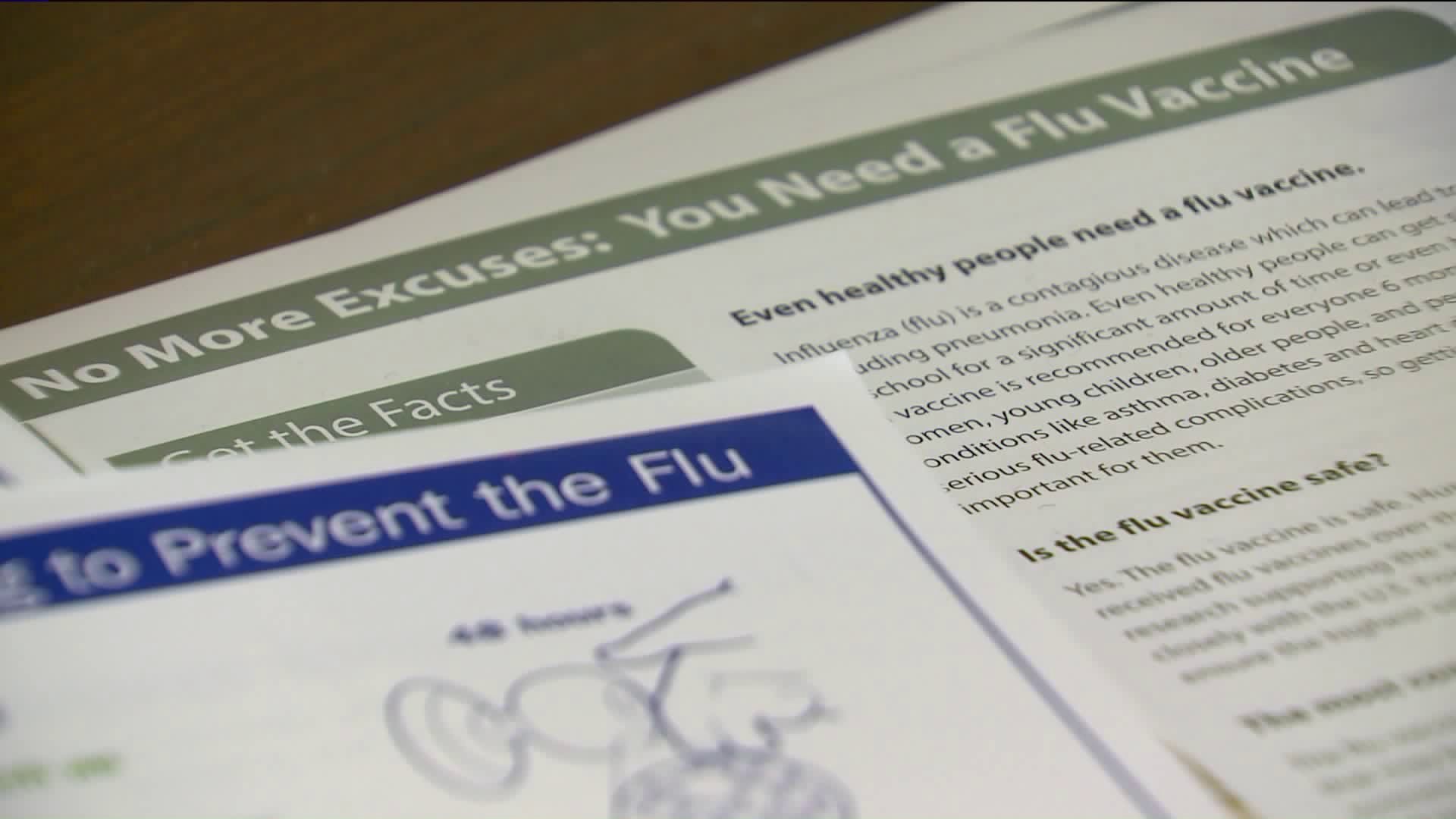 HARTFORD -- On the heels of yet another death in Connecticut, state health officials are keeping a watchful eye on the spread of the flu.

2,900 people across the country have died from the flu this season.

Five people have died in Connecticut. It’s information not meant to scare you, but to empower you.

Health officials say it’s not too late to get a flu shot, especially if you are very young, older, pregnant or have chronic health problems.

Clare Johnson of West Hartford said she’s a little nervous. “When they say that the numbers are going up I get a little anxious.”

Speaking of numbers, 278 people across the state have gone to the hospital from the flu. The activity level is considered ‘widespread.’

Alan Siniscalchi is the Flu Coordinator for the Department of Public Health.

Siniscalchi says, “This is a good time to get it if you have not done so already.” Stephanie Weiner of West Hartford said, “I never used to get a flu shot, but ever since I had my son, I started getting it. Especially since he was in daycare and school, there are a lot of germs that go around there so I think it’s important to be protected.”

Siniscalchi at the DPH told FOX61 this year’s flu shot is much more effective than last year. He said the flu shot cannot give you the flu. “The material in the flu shot are just proteins that are extracted from flu viruses.”

Geographically, New Haven County has seen the most test for the flu come back positive. Fairfield and Hartford are not far behind.

“We have drugs that will help shorten the course of influenza,” Dr. Virginia Bieluch said.

She’s the Chief of Infectious Diseases at the Hospital of Central Connecticut. She said if you have the flu, isolation is important. “The virus can travel up to 6 feet and it usually is spread when someone who has influenza coughs, sneezes or talks.”

State health officials told me they believe that public awareness and high vaccination rates are paying off.

“We believe the number of deaths may be less this year,” Siniscalchi said.

Symptoms can include fever, muscle aches, a cough or runny nose. Doctors told me no vaccine is 100% effective.

But your sickness should be less severe if you get a flu shot. Flu season typically peaks in January or February, but can last into the Spring.