FARMINGTON — FOX61 has learned that Norm Pattis filed a motion to have all the charges against his client Fotis Dulos dropped. The motion came the same da... 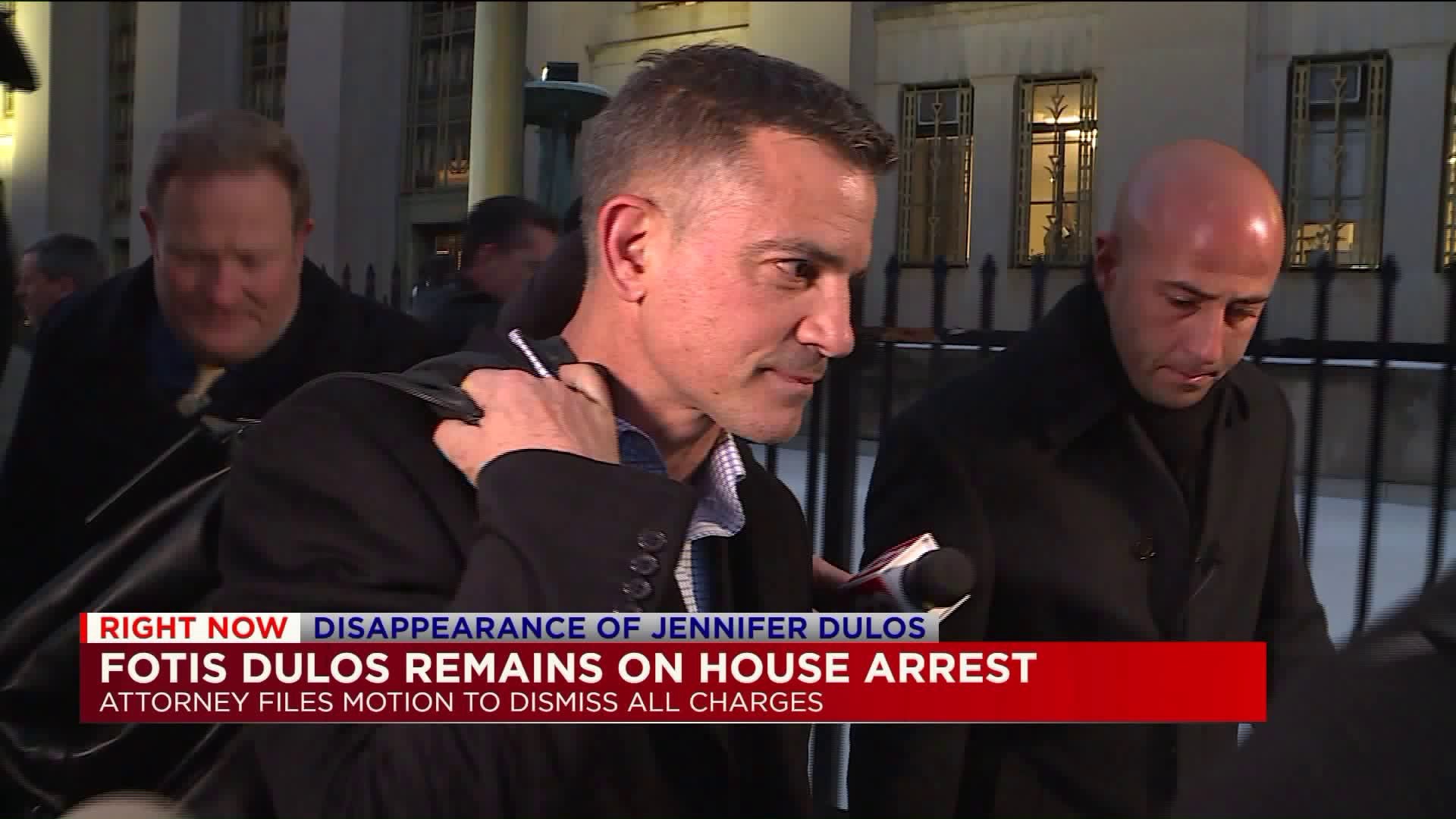 FARMINGTON -- FOX61 has learned that Norm Pattis filed a motion to have all the charges against his client Fotis Dulos dropped. The motion came the same day as Dulos' arraignment Wednesday.

Fotis Dulos could be seen on the grounds of his multi-million dollar Jefferson Crossing home Thursday evening after posting his $6-million-dollar bond.

Dulos was placed under house arrest with GPS monitoring. He can only leave the house for work on a case-by-case basis with prior approval. The Judge also put in place a protective order preventing Dulos from having any contact with his five children or his mother-in-law Gloria Farber.

On the same day, Norm Pattis said this, "After this great length of time I expected to see a forensic display that was breathtaking I saw nothing." Pattis filed a motion to have all charges against his client dropped.

Pattis cited in his filing that Dulos was arraigned on the “basis of an information, not a grand jury indictment.” He points to the fifth amendment which says in part “no person shall be held to answer for a capital, or otherwise infamous crime, unless on a presentment or indictment of a Grand Jury.” As well as the 14th amendment because Pattis argues the state’s conduct and accusations have hindered Dulos' right to due process.

However, Connecticut state law brings forth charges on complaints and information instead of grand juries.

Pattis tells FOX61 that this play is a highly technical legal issue to lay groundwork for a potential U.S. Supreme Court challenge over the felony charges facing his client.

Even with the current charges Pattis remains confident in their case.

"There are two types of cases," said Pattis. "There are what happens and who done it. This doesn’t rise to the level of who done it because we don’t really know what happened."

Jim Bergenn, lawyer and former professor of Pattis, tells FOX61 that generally one files a motion like this because a defense attorney wants to do everything possible to have charges dropped. This is one of the ways to have it done.

Read the full motion below: