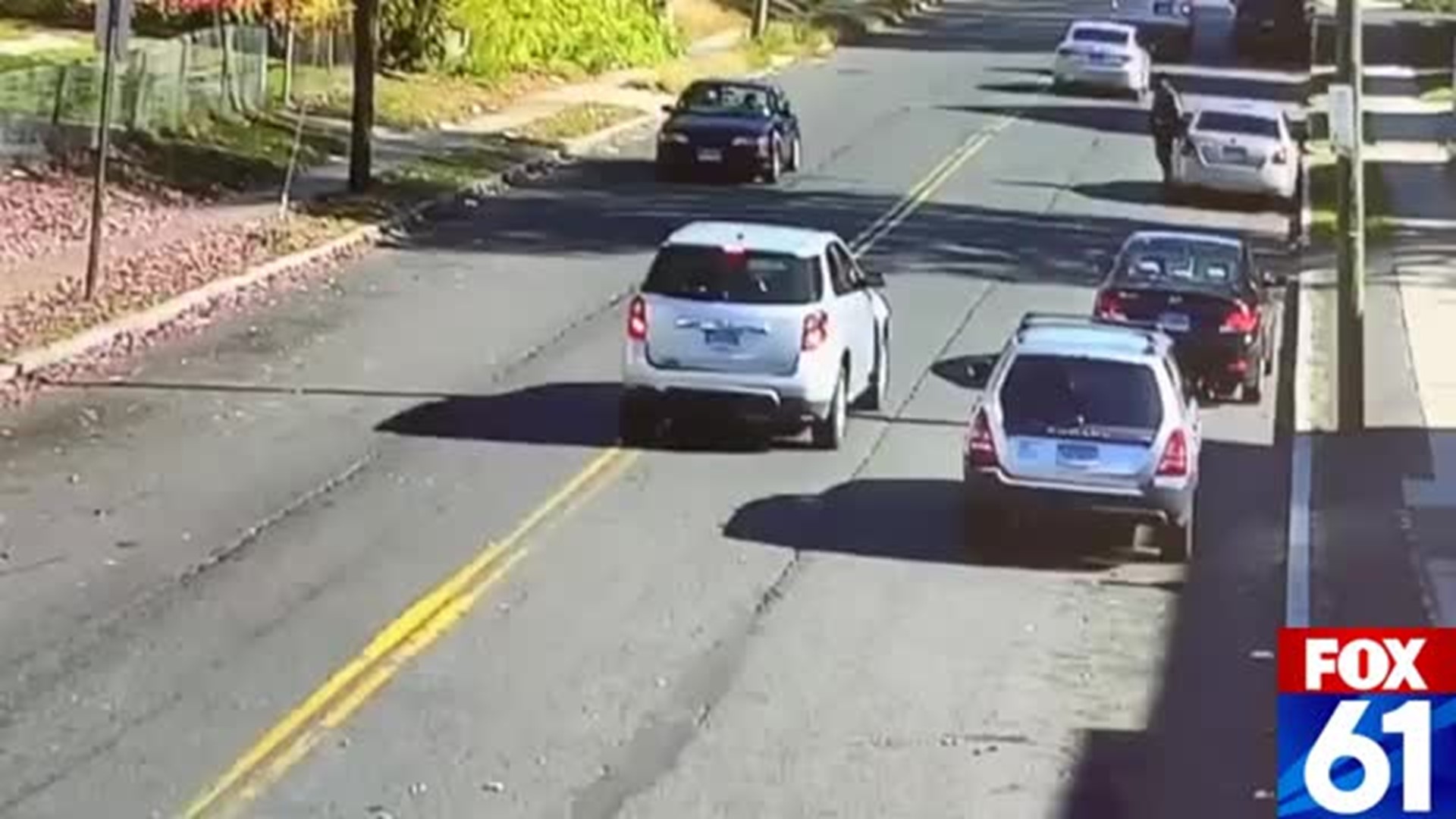 HARTFORD -- Surveillance cameras captured a clear view of the shooting that sparked chaos on Garden and Westland Streets Thursday.

The video shows a silver Kia pulling into the neighborhood. A passenger fires several shots out a window and the Kia speeds forward. Seconds later, the Kia is stopped at the next intersection by a Hartford Police cruiser. As people nearby run away from the scene, the Kia then goes in reverse. As it speeds backward, Smith is seen getting out of the driver's side of a Subaru. As Smith runs across the street she is struck by the Kia.

While the Kia backs into Smith, a man is seen firing several shots at the vehicle. That man is just feet away from the approaching police cruiser.

Two teens were taken into custody. One was charged with manslaughter Friday. 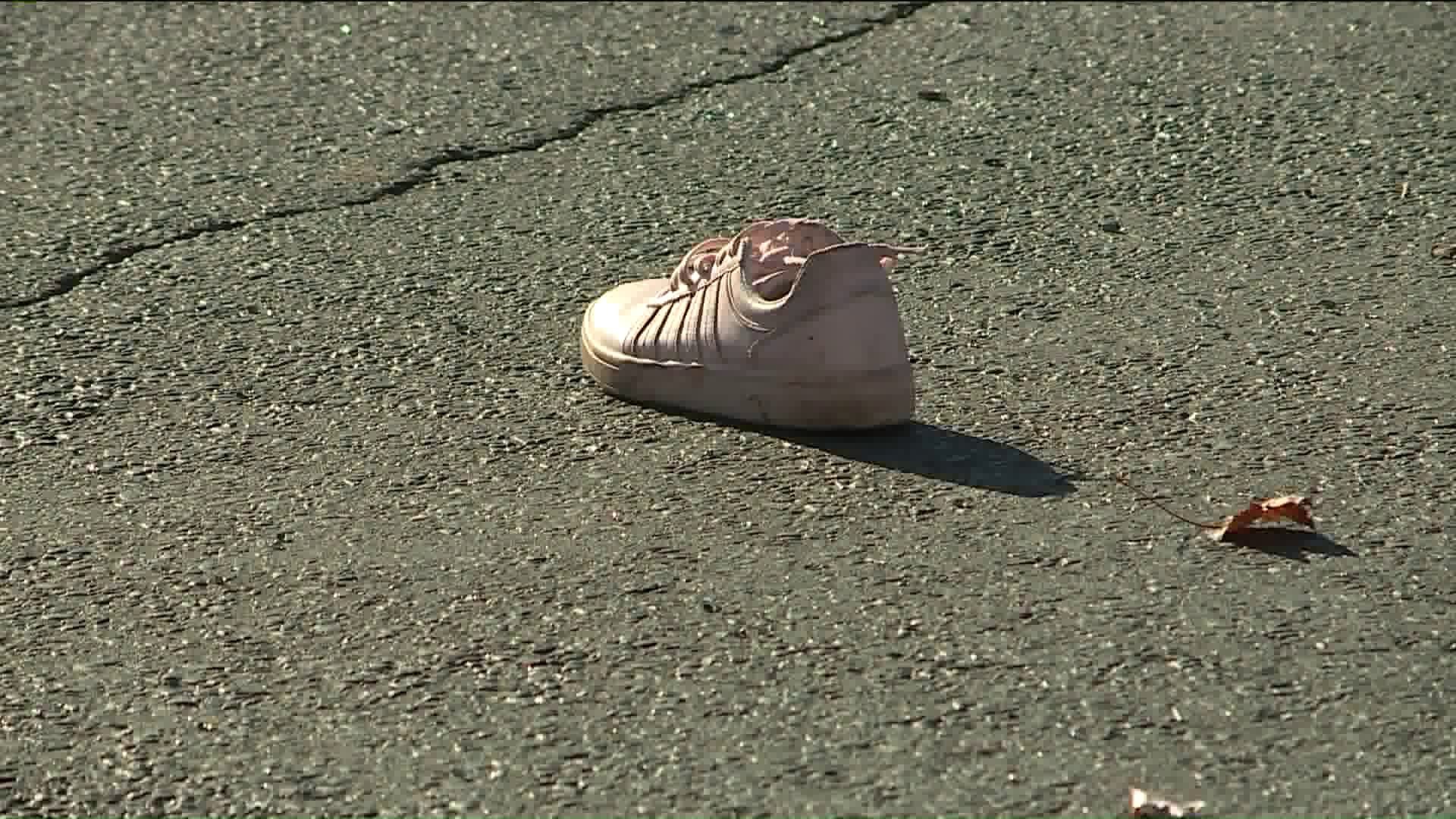 Hartford residents say they are fed up with lip service and condolences. They are demanding solutions and action. Miguel Jimenez of Hartford said, “I’ve lived here almost for 20 years. Over the past 5 or 10 years it’s gotten crazy.” “If we don’t address it, then who will?” asked Rev. Henry Brown from Mothers United Against Violence.

Rev. Brown stood on another Hartford street corner Friday where senseless violence took the life of 71 year old Yvonne Smith on Thursday. The innocent bystander and community grandmother was struck by a fleeing car following a shootout between two groups. Two young teens were arrested. “Somebody is giving these kids these guns, but we want to blame the kids? We need to start looking at the perpetrators that are giving these kids these guns,” said Rev. Brown.

These community leaders are pressing our public officials for action. “This is the time now for them to step up and say something,” said Brown. “Additional policing in this area. I think we need to tackle the problem before it happens,” added Burke.

Henrietta Beckmann wants action too, before more boys become buttons. Like her son Randy. She wears a Button with his picture on her jacket. He was gunned down in 2002. A case of mistaken identity. “These so much pain and hurt in our neighborhood. One thing is by us joining together and talking about it and expressing our feelings and letting it out, that could be one way of trying to heal,” said Beckman.

Thursday’s North End violence was just a few blocks from a school and across from the still under construction Swift Factory, bringing a promise of more than 200 jobs and key economic development in a community struggling to curb youth violence. “This violence is not over. It’s far from over,” said Burke. “Deeply rooted in poverty and ignorance. We need to educate our young people.

A vigil for Yvonne Smith is planned for  Saturday at 4:00 p.m. Community leaders want city leaders to show up.

FOX61 reached out to the police Chief and the Mayor for an interview Friday. The Chief was out of state. FOX61 was told the Mayor was attending to a personal matter and not available for an interview. At 4:43 p.m. Friday, Mayor Bronin issued a new statement and FOX61 learned he attended a meeting with youth leaders. The mayor’s statement reads, “My heart is broken for the family and loved ones of Yvonne Smith. This afternoon we met with local organizations that work with young people to discuss yesterday’s shooting, and to discuss the ongoing work to intervene with individuals who are at risk of being involved in violence.  That work is vitally important and never stops.  Our police and our community partners are working incredibly hard, and our police have worked with incredible speed to identify those involved, and we are doing everything we can to support them.”