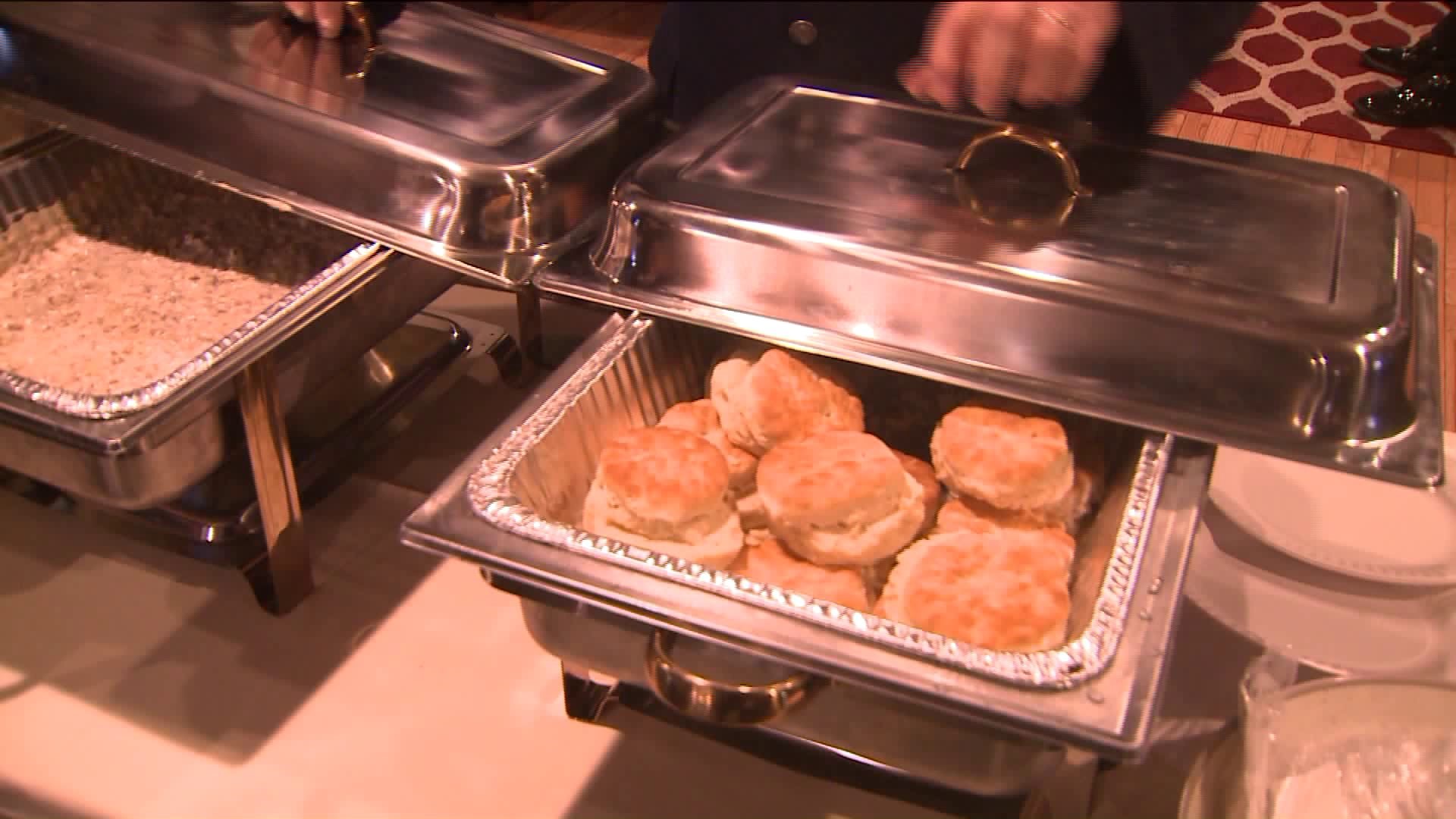 The SOS breakfast comprises of creamed beef on a biscuit along with some potatoes (maybe some extra meat on the side). The meal cooked up by the restaurant offered some nostalgia for the veterans.

"SOS is a breakfast staple that we use out in the field to sort of put meat on their bones when it's cold out there," said Frank Alvarado, a local VFW member.

"No matter where I went in the army, they always had the SOS breakfast," said Tom Moore, an army veteran. "It's usually the same, and they did a very good job today with the taste and what I remember of it."

From 8 a.m. until 10:30 a.m., the first fifty people got the typical SOS meal that military members ate during their time in the service. The meal was just a little a small gesture to say thank you for those who served.

"These guys gave a lot for the country, and I'm just making breakfast for them," said Shane Carty, owner and chef of The Trinity Bar in New Haven.

"It's nice to be surrounded by fellow veterans, it's kind of like a family, you know brothers and sisters," said Marine veteran, Derek Torrellas. "So, it's nice to celebrate with them instead of sitting at home by myself."

After the meal, veterans were invited to attend the New Haven City Veterans Day ceremonies along with a wreath-laying at the Great War Flagpole on the New Haven Green.