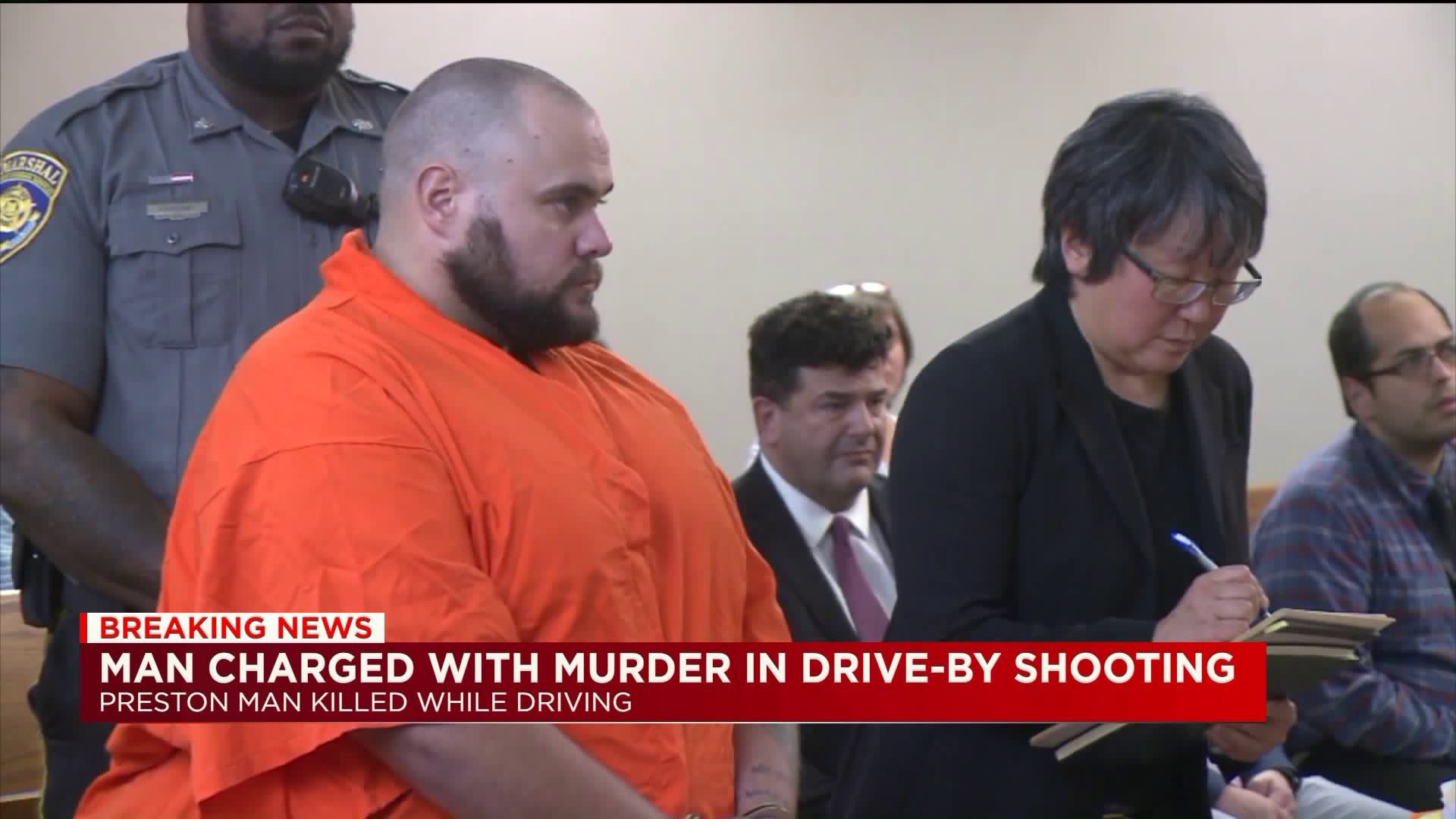 Giannelli faced a judge Wednesday afternoon on murder charges for the drive-by shooting of 35-year-old Robert Thompson in the early morning hours on Saturday, October 26.

According to the police report, Gianelli turned himself in, waived his rights, and provided a written statement saying he went to Mohegan Sun Casino with a friend on Friday night and got into a fight with Thompson and an older man he was with twice. Security asked the four men to leave.

Giannelli told police when they got to the parking garage Thompson and his friend both made a gun gesture with their fingers, which Gianelli took as a threat.

Giannelli and Thompson later stopped at the same stoplight at the intersection of Routes 2A and 12 in Preston when Gianelli says he saw the driver of the vehicle take his hand off of the steering wheel and put it to his side.

Giannelli says he started shooting into the car.  He shot his gun six times, but told the police he never saw the driver show a gun.

State Police later found a man driving a friend to Lawrence Memorial Hospital who was suffering from a single gunshot wound to his neck.  That friend was Thompson -- Thompson died at the hospital.

The office of the chief medical examiner ruled the death a homicide, saying Thompson was shot in the neck.

Giannelli has no prior convictions and is being held on $1 million bond.

The court ordered him to be placed on suicide watch and mental health watch.

He is charged with murder, criminal use of a firearm, and carrying a pistol without a permit.  He is expected to be back in court November 18.