BRISTOL – It was a find of a lifetime for The Salvation Army two weeks ago. Three gold coins were found in one of the kettles outside of the Price Chopper... 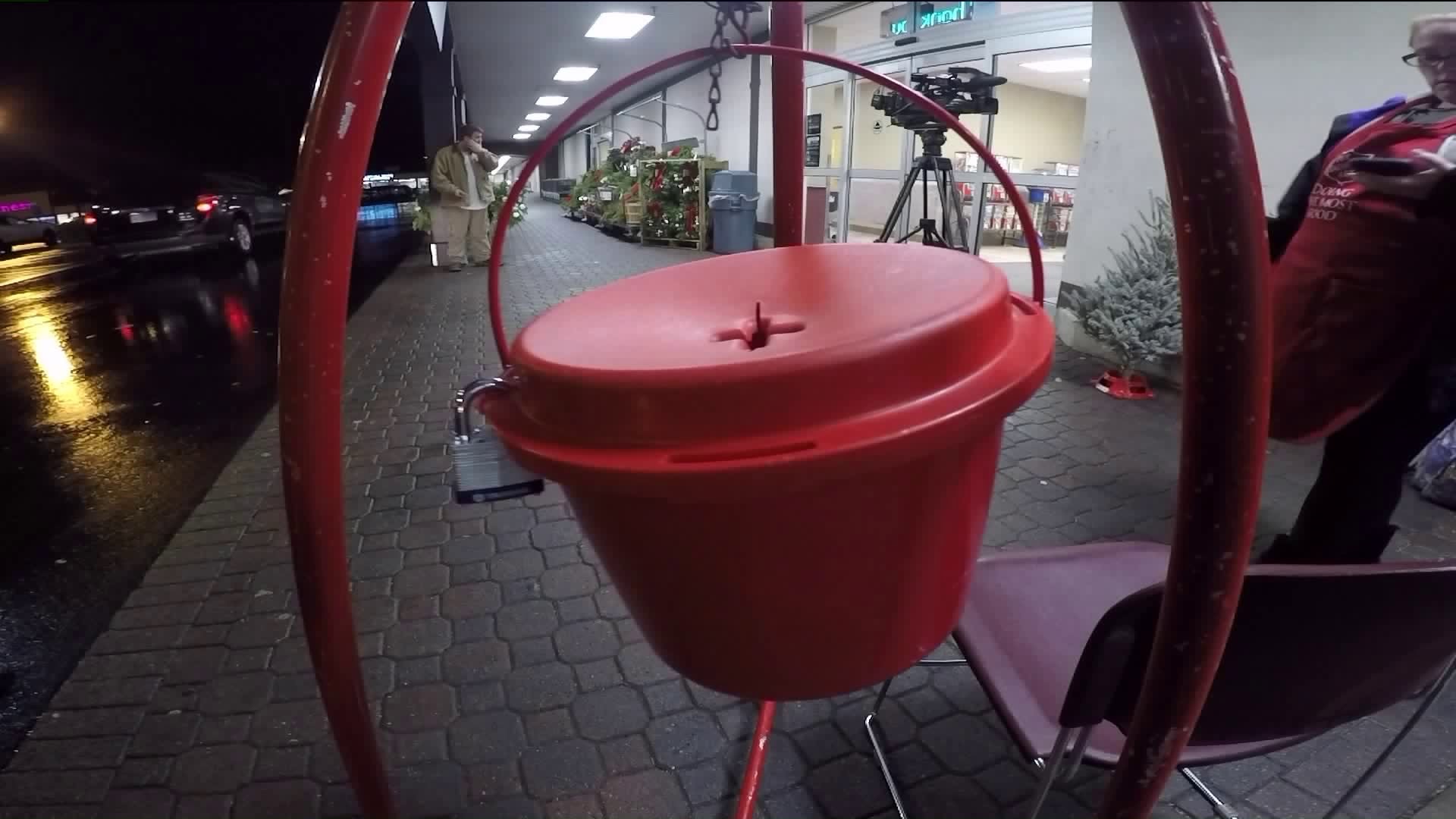 BRISTOL - It was a find of a lifetime for The Salvation Army two weeks ago.

Three gold coins were found in one of the kettles outside of the Price Chopper, but it is the story behind the coins that show us the meaning of Christmas spirit.

The Salvation Army in Hartford received a call from a person who wanted to remain anonymous. The person said they dropped in three gold coins in one of the kettles and little did they know, the worth of the coins.

"Christmas is all about the greatest gift of all. It’s a gift of the Christ child and it’s really an example for all of us to give," said Major Gregory Hartshorn of The Salvation Army.

"It’s so ... special for the holidays to think that someone would donate that kind of money," said Nancy Begey, co-manager of The Price Shopper in Bristol.

Three gold South African coins also known as Krugerrands worth a total of over four-thousand dollars were found in one of the kettles on November 27th.

"Then when you find that one and you see them, it’s ... wow," added Major Hartshorn.

It was a first for Major Hartshorn who has been with The Salvation Army for more than 30 years. He said finds like these typically happen in the Midwest and not in Connecticut.

Hartshorn said the coins will be auctioned off where they have already gotten different bids. The money will then go back into The Salvation Army's operations.

The money will also help people with no place to stay like Addison Krowe.

"It could provide what people in the area need so that way they’re not struggling and they’re not doing crime," said Addison Krowe of Canton.

Major Hartshorn also mentioned they have gotten jewelry in the kettles before but never a gold coin worth this much.