The meeting was important because the Governor didn’t have the votes from Democrats to get his last transportation plan through. Tolls were a sticking point.

“I think we had a very productive meeting,” the Governor said.

The marketing of Governor Lamont’s new CT2030 plan is in high gear — they launched a website.

Labor unions have deployed mobile and digital billboards in the sides of trucks that circle the Capitol area, while Move CT Forward has put up physical billboards along the highway in areas like Farmington and Bridgeport.

“Support tolls, you lose at the polls,” New Hartford resident of the No Tolls CT contingency, Neil Tolhurst said. He and dozens of others assembled at the Capitol Wednesday to make their voices heard.

One by one, Democratic Senators retreated into the caucus room. They were joined by Gov. Lamont at around 11:30AM. He was looking to win votes and change minds.

FOX61 asked him if he got any firm commitments? 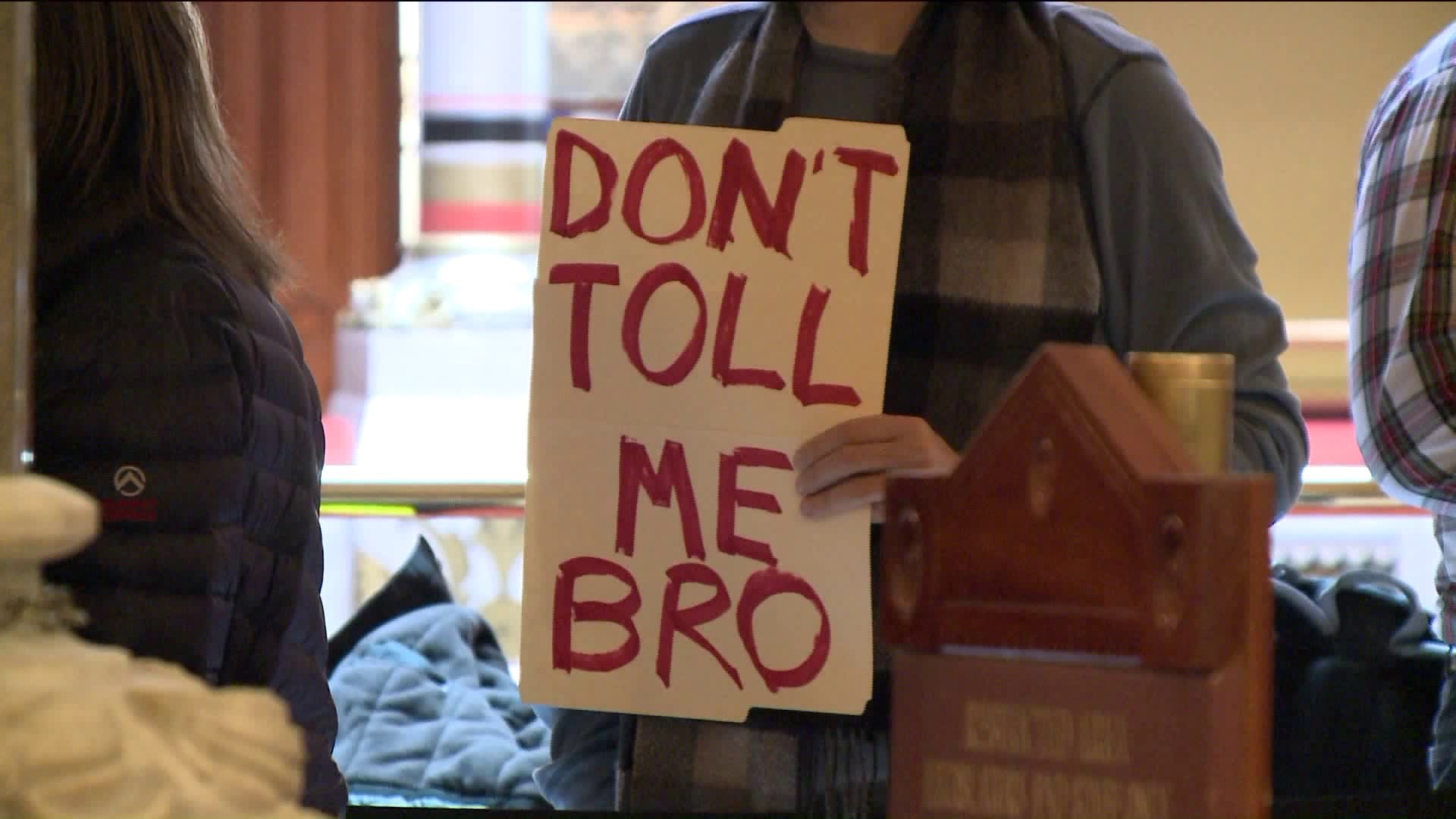 “No we were not doing that. We were saying this is the plan. This is the special transportation fund that is going underwater, these are numbers that add up and get our state moving again," Gov. Lamont said.

Gov. Lamont will take his message to the people. He’s planning a transportation road show of sorts. They are yet to be scheduled town hall meetings face to face with voters.

Patrick Sasser, founder of No Tolls CT said, “I was very shocked to hear him say that but I’m pleased to hear that. There are about 169 towns in Connecticut. I hope he stops at every one and talks to people and looks them in the eye.”

The protesters stood holding signs that read “don’t toll me bro” and “lying Ned”. The battle is just beginning.

“No tolls folks are great but give me a good constructive alternative where the numbers add up,” Gov. Lamont said.

Later on in the day, Senate Democrats emerged from their meeting to comment on how their briefing with the Governor went. They said they agree in principle but don’t agree on the funding.

“There, of course, was not agreement or broad agreement on the funding source,” State Sen. Martin Looney said.

He also said some senators question how projects were prioritized and chosen. “Not every particular. Some people questioned why certain bridges and not others were in the plan,” Looney added.

“I think if there is a will to find alternatives that they can in fact be found,” Sen. Looney continued. But they are on the clock to do it. “We want to be able to more on and not have this issue cast a cloud over everything we do.”