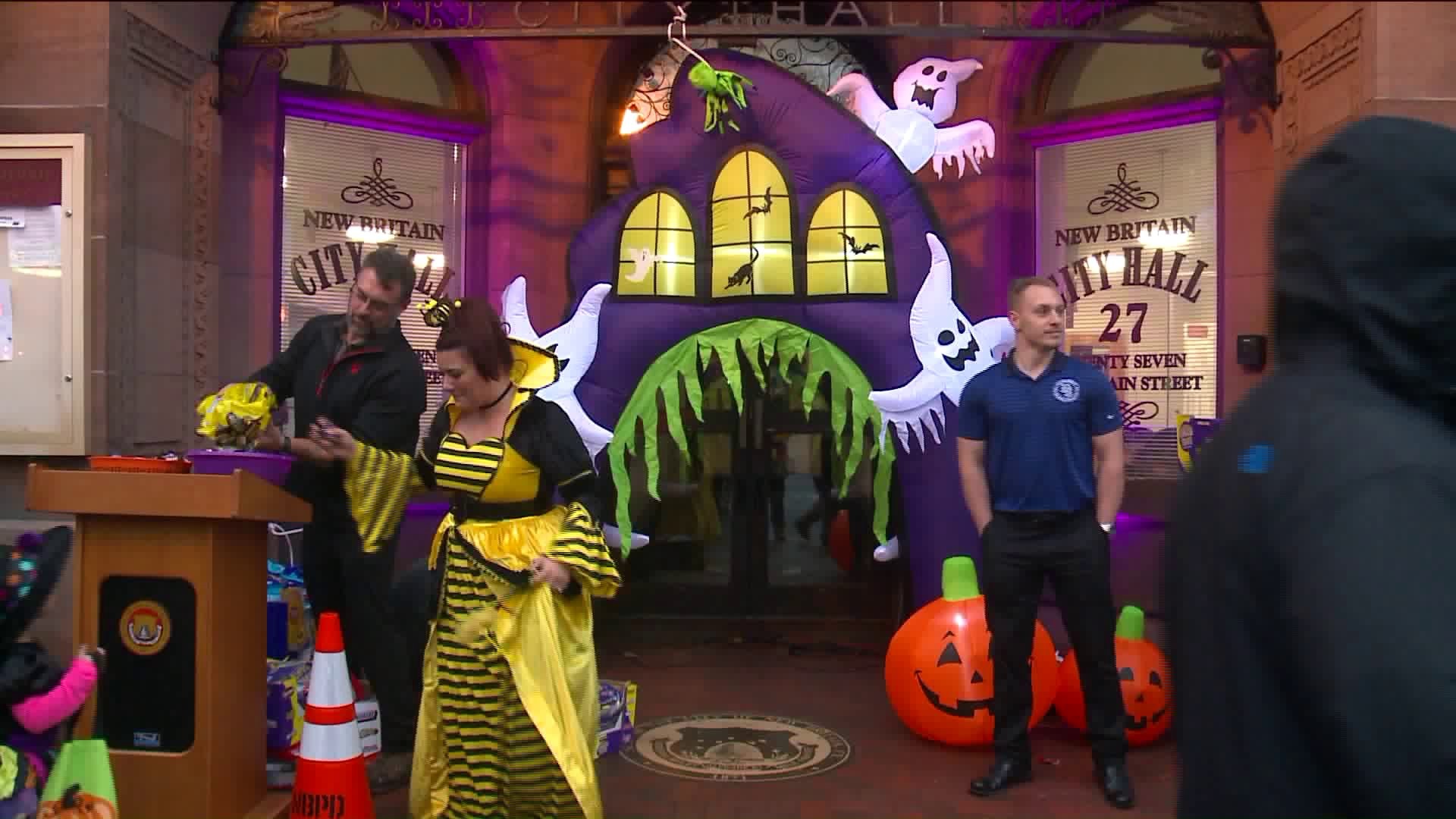 NEW BRITAIN - The pesky rains held out creating a pleasant evening for trick-or-treating.

Central Park in New Britain was declared a “safe zone” for kids trying to get their hands on some holiday sweets.

"We have over 100,000 pieces of candy that have been donated all to the downtown district," said Mayor Erin Stewart.

The sidewalks along Main street were filled with ghouls, four-legged heroes and even the Queen Bee herself.

"It’s an incredible feeling! Their smiles on all of our kids and family faces," said Mayor Stewart.

The Downtown District team works year-round to get sponsorships and donations to purchase the candy distributed by local shop owners. The yearly event attracts hundreds of kids looking for a safe place to trick-or-treat.

"I come every year with my children and I absolutely enjoy that they do this for the community," said Lilian Vargas.

Mother nature tried to play a trick of her own by stealing hats and blowing around costumes.

"It’s annoying because my hoodie keeps falling off and my mask," said Nazir Russell.

"People are prepared. They have rain jackets and kids with umbrellas but the weather is really great today," said Ayala.

The rain held out but the winds were another battle. Although, the strong gusts didn’t stop anyone from getting their favorite candy

"My bags halfway full but I still have spots to go," said Russell.