NEW HAVEN —  A Hamden police officer was arrested Monday and charged with assault and reckless endangerment as a result of the use of force in an April in... 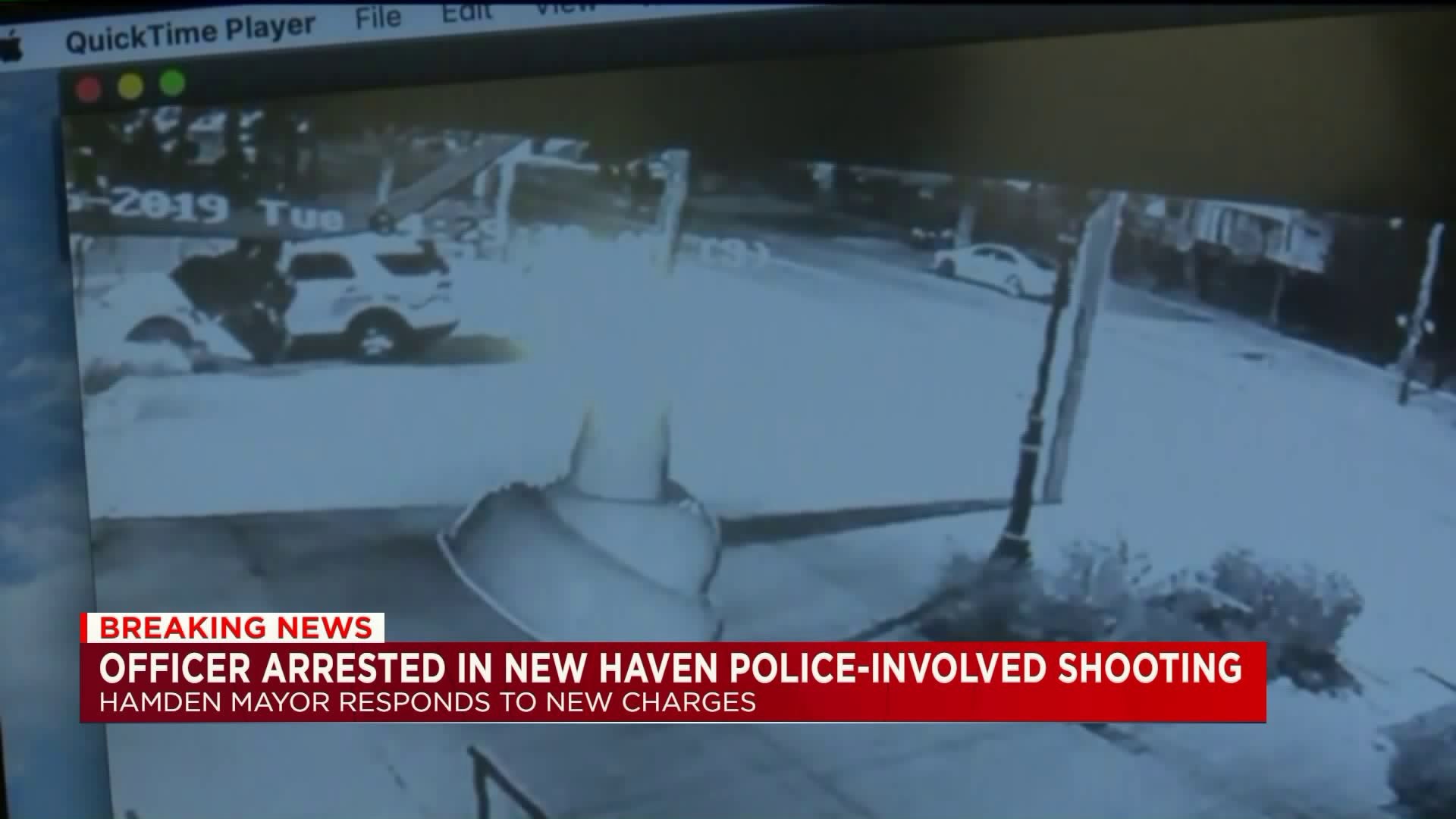 NEW HAVEN --  A Hamden police officer was arrested Monday and charged with assault and reckless endangerment as a result of the use of force in an April incident in New Haven that left a woman wounded.

Officials also released a report on the shooting.

According to the arrest warrant affidavit, the charges are the result of an investigation of the  April 16 shooting  on Argyle Street in New Haven.  Hamden police were investigating a report of a possible armed robbery at a gas station.

While investigating, police found a car suspected to be involved on Argyle Street and Dixwell Avenue over the town line in New Haven. Paul Witherspoon III, 21, and his girlfriend, Stephanie Washington, 22,  were in the car.

You can read the full arrest warrant below:

Acting Chief of Police John Cappiello issued a statement regarding the arrest of Officer Devin Eaton:

“New Haven State’s Attorney Patrick J. Griffin announced today that he has completed his review of the shooting that occurred in New Haven on April 16, 2019 involving Hamden Police Officer Devin Eaton. The prosecutor has decided to charge Officer Eaton with the crime of Assault in the First degree, 2 counts Reckless Endangerment First Degree. Officer Eaton turned himself into the Connecticut State Police and was released after posting bond.

The prosecutor’s decision clears the way for the Ethics and Integrity Unit (commonly known as internal affairs) of the Hamden Police Department to complete its investigation of Officer Eaton’s conduct. At the State’s Attorney’s request, the formal interview of Office Eaton by internal affairs was postponed during the State Police investigation and the prosecutor’s deliberations.

The Ethics and Integrity Unit will continue to use the services of independent consultant Jeffrey Noble while it completes the internal affairs report. It will then be the responsibility of the Chief of Police to make a recommendation to the Police Commission concerning what action to take concerning Officer Eaton. The deadline for issuance of a departmental complaint against Officer Eaton will be approximately 30 days from today.

Officer Eaton is currently on administrative leave. As required by Section 46.3(B) the collective bargaining agreement, this has been a paid leave. Once the State’s Attorney brings felony charges in accordance with today’s announcement, however, it will be converted to unpaid leave.

Officer Eaton is entitled to the presumption of innocence, like any other accused individual, and is presumed innocent of the criminal charges until convicted by a jury of his peers in a court of law.”

David McGuire, executive director of the ACLU of Connecticut issued a statement on Eaton's arrest:

“Regardless of the outcome of this one case, true police accountability still does not exist in Connecticut. Police accountability will not exist until every level of government works to prevent police violence and to hold police employees responsible each time they hurt or kill someone, not just in cases when hundreds of people have taken to the streets in protest.

Interactive map of key points (for best results, view full screen and click items in the left menu in order. For items 3 to 11, zoom in to the area of the shooting.)