State troopers were out searching the woods for hours Tuesday 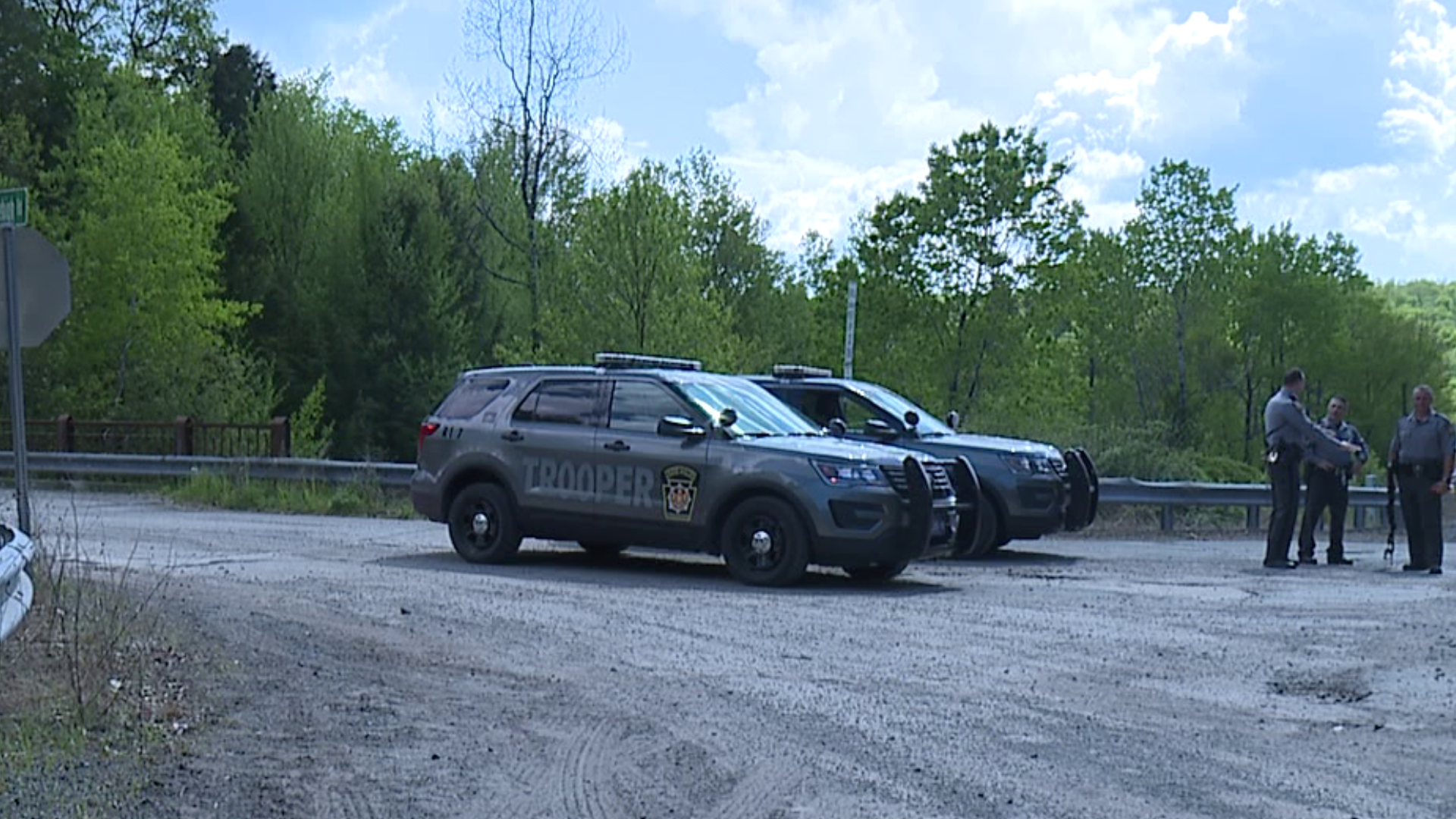 LACKAWANNA COUNTY, Pa. — The manhunt for a murder suspect from Connecticut, last seen in the Poconos, expanded today.

State troopers were out searching for hours in a wooded area in Lackawanna County.

State troopers were gathered at Lehigh and Jubilee Roads in Covington Township after they searched through a five-mile area for nearly three hours, looking for the University of Connecticut senior wanted in connection to two murders and kidnapping in Connecticut.

The manhunt for 23-year-old Peter Manfredonia began last Friday in Connecticut and now involves the FBI and police from Connecticut, New Jersey, and Pennsylvania.

People living on Jubilee Road said they knew exactly who police were looking for.

"Just heard it through the grapevine that he might be in this area, and it's logical because he was spotted in East Stroudsburg, so," said Jane Decker.

A picture shows Manfredonia in East Stroudsburg walking along some railroad tracks on Sunday when he was first seen in Pennsylvania.

He is carrying a duffle bag, and investigators believe inside there are guns he stole during a home invasion in Connecticut.

"He could hide in these woods forever," said Francine Edmondson. "There's hunting cabins all over the place that are empty."

In the latest tweet, state police put out an alert for a stolen Hyundai Santa Fe, and while they are not saying Manfredonia stole the vehicle, it was taken from the same area of the Poconos where he was seen.

State police wouldn't say what prompted them to search this area, but people who live say they have an idea as to why police were here.

State police say Peter Manfredonia is believed to be armed and dangerous.

If you see him, do not approach. Call 911 immediately.