The shortages are on pro stock hockey sticks. Pro stock sticks look and appear to be just like retail sticks you could buy at a local hockey shop. In actuality, they 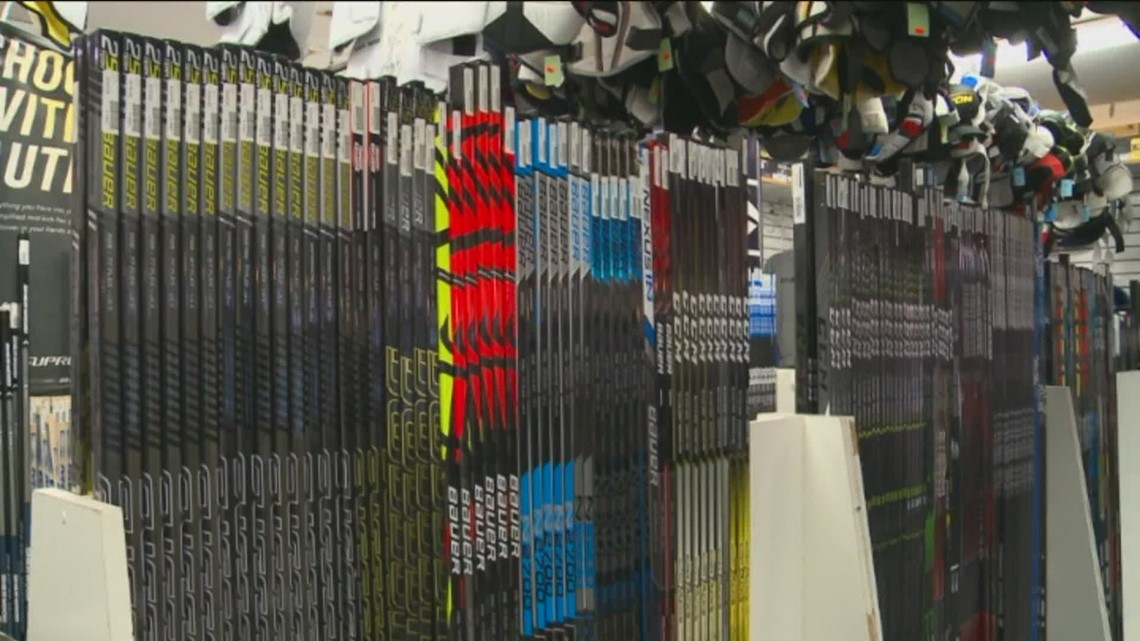 WEST HAVEN, Connecticut — The Coronavirus is having an interesting effect on the world of sports. Professional hockey players across the world are at a shortage of sticks.

The shortages are on pro stock hockey sticks. Pro stock sticks look and appear to be just like retail sticks you could buy at a local hockey shop. In actuality, they are customized to fit specific player needs and preferences.

Pierre McGuire was the first to mention the stick shortage affecting NHL players during last Thursday’s match-up of the Buffalo Sabers and Detroit Red Wings. He said the Coronavirus is slowing the manufacturing of pro stock sticks coming from China leaving equipment managers concern.

"Your average NHL player is probably going through at least 125 sticks a year. Some can go more than double that," said Elliot Dupee, Manager of Whitie Bensen in West Haven.

RELATED: VERIFY: Is there a hockey stick shortage in the NHL?

Major hockey stick manufacturers Bauer and CCM provide just over 75% of the sticks used in NHL games. Team representatives confirm that they are seeing a slowdown in the delivery of pro stock sticks.

"All of them pretty much come from China. Warrior is the only manufacturer that has facilities in North America. Their custom stick factory is in Mexico," said Dupee.

The Hartford Wolf-Pack of the American Hockey League are also feeling the pinch telling FOX61, “It’s affecting every team in hockey, and the Wolf-Pack are no exception.”

Pro stock sticks are custom made to match professional and college players specific liking from the flex, the curve to the length and much more.

RELATED: China has deadliest day for coronavirus as US national becomes first foreigner to die

"Making sure of the stick is not a concern and it feels apart of their body," Chris Velez.

Velez is the Head Equipment Manager for Sacred Heart University Athletics. Their hockey teams are outfitted by CCM.

The orders for custom sticks take a few weeks to be delivered. That estimate has increased due to the slow of production.

"We are pretty fortunate right now. We are not feeling any effects. It could change in the near future. Especially with the custom orders taking two to three weeks because it really isn't a surplus of inventory sitting on the shelf," said Velez.

Sacred Heart says they make three bulk orders a year. One over the summer, another at the mid season point and a final purchase during the playoff push.

UConn men’s and women’s hockey take a similar approach with their Bauer products. They tell FOX61 that their supply will get them through the rest of the season.

As for youth hockey players, Whitie Bensen’s says they have no shortage of sticks.

"Bauer and CCM as far as retail sticks go, they kind of buildup stock as heavy as it is before the Christmas selling season so they have plenty of retail sticks in stock right now," said Dupee.

Whities says that unless the situation with the coronavirus becomes extremely prolonged the average consumer should not have to worry.