The 63 were among 65 passengers who flew into San Diego on Feb. 7 after evacuating Wuhan, China -- epicenter of the novel coronavirus known as COVID-19. 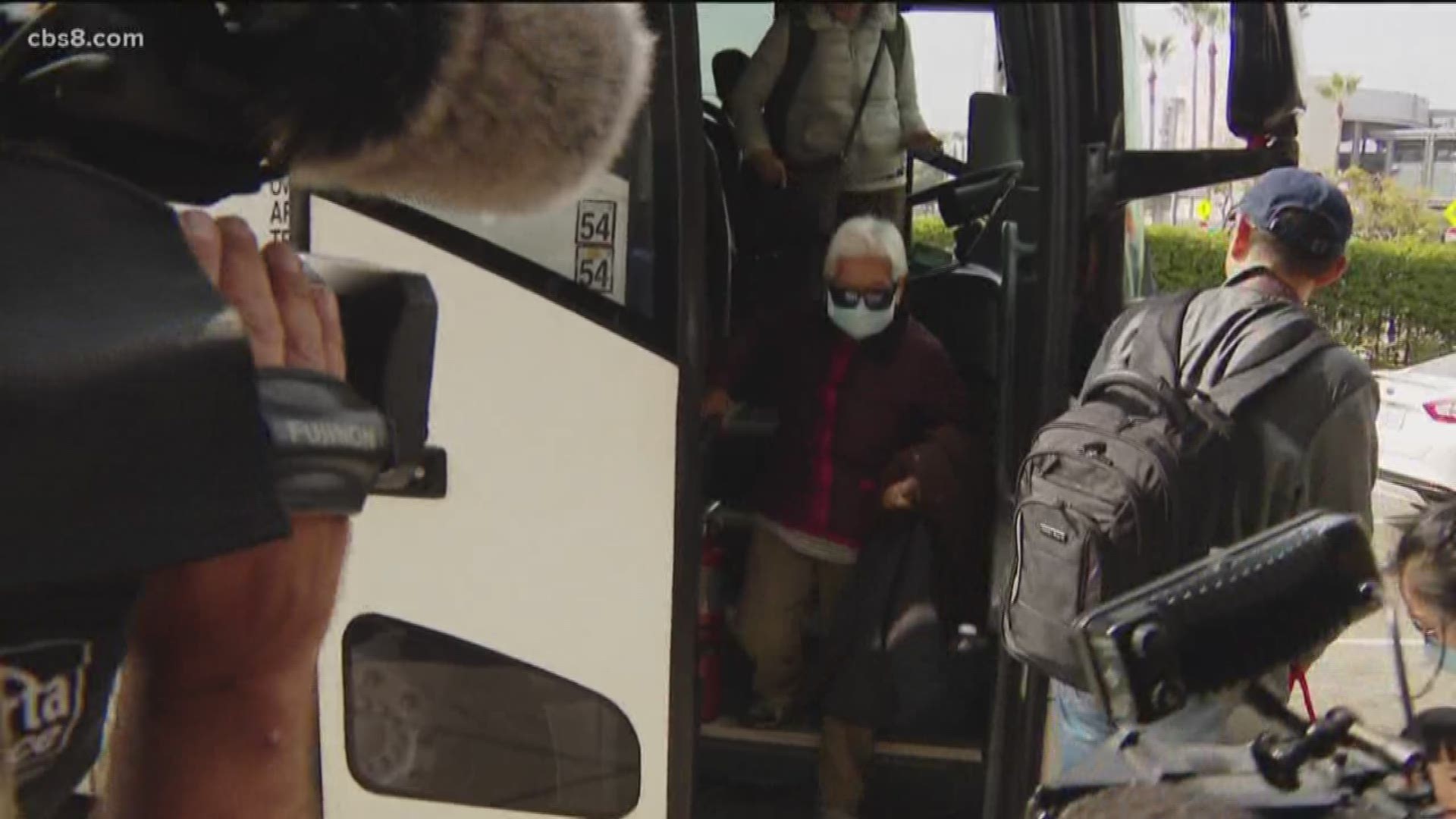 The 63 were among 65 passengers who flew into San Diego on Feb. 7 after evacuating Wuhan, China -- epicenter of the novel coronavirus known as COVID-19. Many of the evacuees expressed gratitude for the care they received while in quarantine and some cried tears of joy after being released Wednesday.

One of the two patients who was being kept in isolation at UC San Diego Health's Hillcrest location was discharged Wednesday after recovering fully from novel coronavirus, according to hospital officials. U.S. Centers for Disease Control and Prevention staff cleared the patient after rigorous testing to confirm recovery and lack of contagiousness.

All of the other individuals have been medically cleared and CDC officials say they pose no health risk to the surrounding community, or to the communities they will be returning to.

“We are excited to send the last of the evacuees at MCAS Miramar home today. Two passengers’ journeys have been delayed, but we are confident in the care they are receiving from local health officials and health care providers. The U.S. public health system relies heavily on the work of state, local and territorial health departments who are on the frontlines of outbreak response. We appreciate the dedication and cooperation that MCAS Miramar, San Diego County, UC San Diego, Rady Children’s Hospital and Scripps Mercy Hospital have provided in recent weeks to ensure these evacuees have been appropriately cared for, while also protecting the health of their local community.”

More than 200 people were quarantined at one time at the base, with 166 who initially arrived in San Diego on Feb. 5 released on Tuesday.

RELATED: VERIFY: Is COVID-19 more deadly than the flu?

The county board of supervisors unanimously reaffirmed and extended a local health emergency declaration Wednesday in response to concerns about the coronavirus outbreak. Despite the declaration, however, county officials stressed that the risk of contracting the virus locally remains extremely low.

RELATED: 1 of 2 patients released from isolation at UC San Diego Health after recovering from COVID-19