The CDC reports severe side effects are exceedingly rare: of the nearly 2 million vaccinations in December, only 21 reported severe allergic reactions. 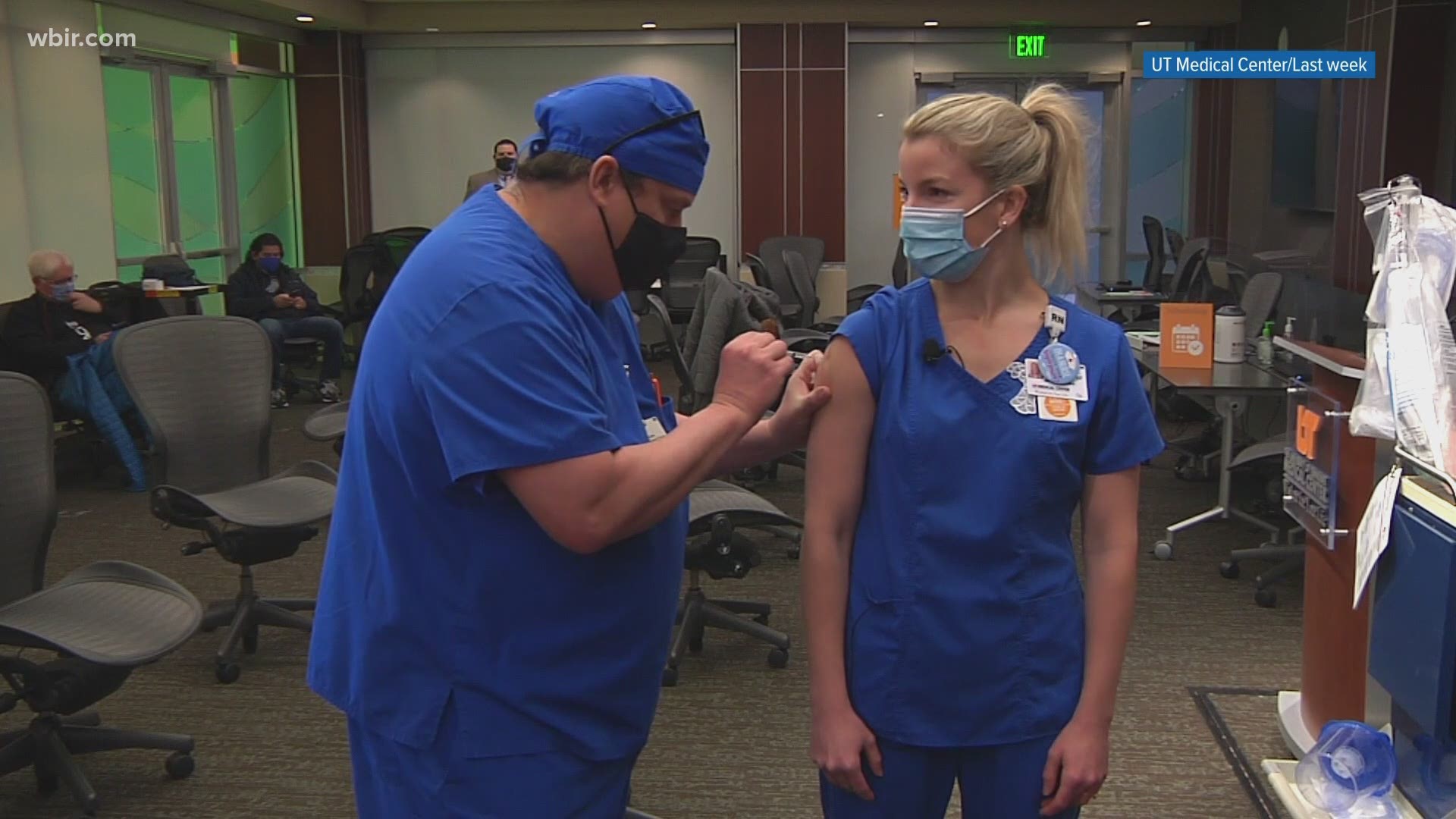 KNOXVILLE, Tenn. — It took several hours after her second dose of the Pfizer coronavirus vaccine for nurse Krista Robinson to notice the headache.

Soon, the COVID ICU nurse at the University of Tennessee Medical Center began to feel body ache, fatigue and some flu-like symptoms.

"Thankfully they were easily managed with Tylenol, Ibuprofen and rest," she said. "Really felt like I just had a pretty rough cold, honestly. I felt pretty run down."

The CDC said those types of symptoms are normal and expected—they show the vaccine is working to build up immunity against the virus.

Robinson's symptoms went away within a day.

Her colleagues, Dr. Nathan Smith and acute care nurse Sid Baker, also felt some side effects after their second dose. For Smith, it was mostly fatigue.

"I felt like I was drained down to like 30 percent," he said. "Enough to do normal functions, but didn’t have any motivation to do anything other than take a good nap."

His symptoms cleared up within a day as well.

Where the needle went into Baker's arm, he said he felt like someone had punched him. But that feeling, plus some sore joints, was gone within 48 hours.

Robinson urged people concerned about getting the vaccine to do their research on how it works, including its risks and benefits. Reliable clinical sources include the CDC, the Tennessee Department of Health and the Knox County Health Department.

"I would take this vaccine again and again if it meant that I didn’t have to experience some of the difficulties and some of the suffering we’ve seen in the ICU," Robinson said.

For her, the inconvenience of a day of side effects is worth the immunity that comes with a vaccine.

"We’re on the cusp of doing something big here, making a difference in turning this pandemic around. It’s not the time to hesitate, let’s just get it done," he said.