A release from Health and Human Services said it wanted to place passengers from the Diamond Princess cruise ship in Anniston. 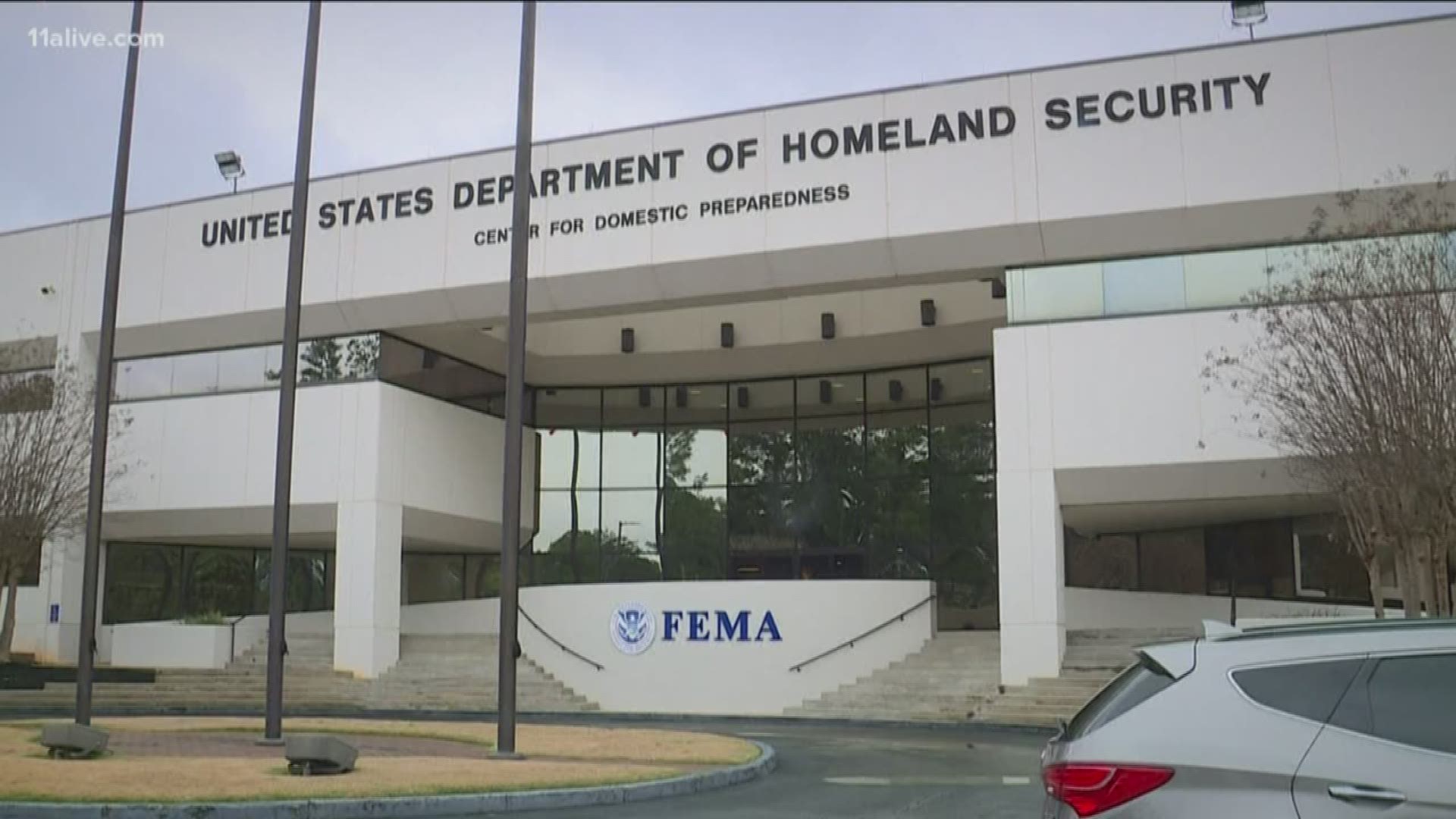 ANNISTON, Alabama — Residents of Anniston, Alabama, a community less than 100 miles from Atlanta, erupted after learning of alleged plans by federal officials to house Americans infected with coronavirus there.

Now, it appears the plan has been canceled after being prematurely announced according to state and U.S. government officials.

The Department of Health and Human Services announced in a release on Saturday that the FEMA Center in Anniston would be used for some of the American passengers evacuated from the Diamond Princess cruise ship in Japan.

According to the HHS statement, the passengers set to be housed at the Anniston facility had already tested positive for the coronavirus -- which has recently been dubbed COVID-19 by officials.

"The passengers who will stay at the Center tested positive for COVID-19, although, at this time, they either do not have symptoms or have mild flu-like symptoms," the statement said, in part. "Any of the evacuees who become seriously ill will be transported to pre-identified hospitals for medical care."

The HHS statement did not indicate how many passengers would be moved to the Anniston facility.

RELATED: What are the symptoms of the Wuhan coronavirus?

In an emergency meeting held Sunday morning, the Anniston City Council unanimously passed a resolution urging that all options be considered to prevent the passengers from being moved into their community.

Similar emergency meetings for the city council of the neighboring community of Oxford as well as the Calhoun County Commission were announced for later in the day on Sunday.

In a series of tweets, Rep. Mike Rogers of Alabama said that he had spoken with President Donald Trump on Saturday night and said that the president thought the decision to house individuals exposed to COVID-19 at the Anniston facility was wrong.

In addition, Rogers said that Trump had no advance notice of the move and that "these persons were brought to the continental United States without his consent."

Anniston Mayor Jack Draper said HHS officials notified him of its intention to use the FEMA facility there on Saturday.

Late Sunday morning, Alabama Gov. Kay Ivey released a statement which said that Saturday's HHS release "was inadvertently, and perhaps prematurely, sent notifying the State of Alabama that these individuals were scheduled to begin transporting to Alabama as early as Wednesday."

Ivey went on to say that she had been informed during two rounds of conference calls between HHS, the White House, Ivey, and her staff, that the Anniston facility was "only being considered as a 'back-up' plan, in case they run out of alternative locations. They assured us on both calls that no decision had been made to send anyone to Anniston."

"When @realDonaldTrump called me this afternoon with the great news that he cancelled the plan by HHS, I wholeheartedly thanked him on behalf of people of Alabama," he said.

According to NBC News, officials in Costa Mesa, California were granted a restraining order on Friday night by a federal judge. The order temporarily halted the relocation of up to 50 patients from Travis Air Force Base in northern California to the Fairview Development Center in that city.

Costa Mesa officials said they were concerned the building that the federal government intended to use was in a densely populated area surrounded by schools, golf courses and homes.

An elderly couple from Atlanta who had been on the Diamond Princess, Clyde and Renee Smith, both 80 years old, are quarantined in a Tokyo Hospital.

On Thursday, their son said he was concerned because they still tested positive for the virus despite not showing any symptoms.

The Smiths are undergoing testing every 48 hours and must test negative before they can return to the United States.

How the CDC is preparing for possibility of a coronavirus pandemic