The project pairs the bank's restaurant customers with food and crisis intervention organizations. 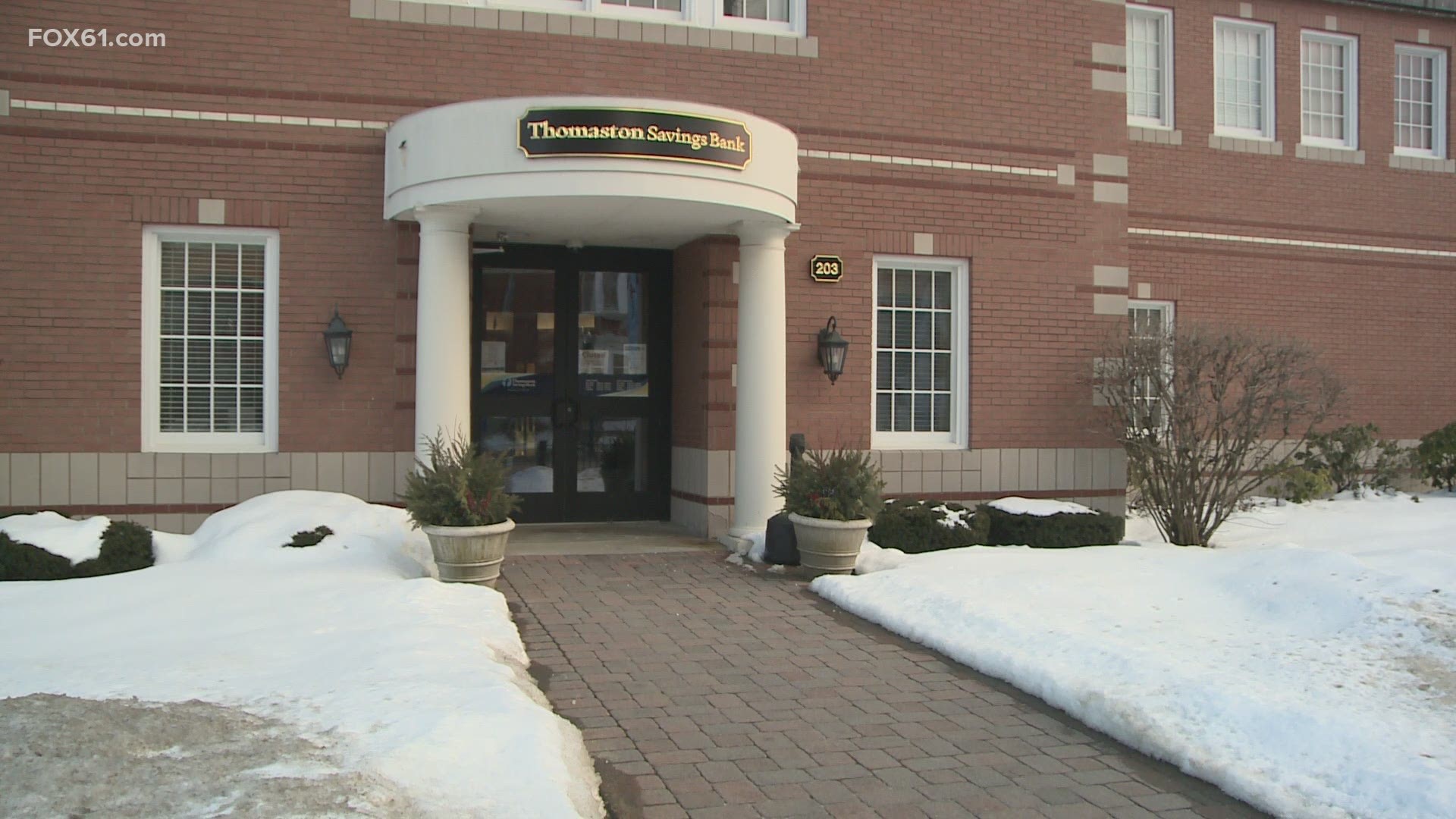 THOMASTON, Conn. — An idea sparked by Thomaston Savings Bank around the holidays has now set off a chain reaction in Thomaston. The Community Kitchen Project is underway from now through March 24th.

The project pairs the bank's restaurant customers with food and crisis intervention organizations. The bank purchasing meals from the local restaurants, the restaurants preparing and delivering those meals to select organizations.

Nearly 5,800 meals have been purchased, with four restaurants and nine organizations involved.

CEO and President of Thomaston Savings Bank, Stephen Lewis, said “I’m so proud of our team. That we’ve been able to help two groups and bring them together and really benefit our community. It’s fulfilling to be able to make that happen for everybody and do it right within our local community”

In business for 37 years, The Goose and The Gander has been hit hard during the pandemic. Owner Barbara Smith said “it has financially hurt us tremendously because we did a huge amount of corporate catering” With catering at a standstill getting involved with the Community Kitchen Project, has helped in many ways says Smith  “It was like they saved us, truly because January and February are slow months for restaurants anyways and because we lost all of our Christmas business it was like they threw us a lifeline”

One of the organizations on the receiving end of the meals to then give them away is The Community Kitchen of Torrington. Their mission is to feed those who need it. With the continued demand from the pandemic and that clear mission, they’ve been non-stop since March.

“It actually gave us the time we could sit and relax for a week because we’ve been nonstop since March” Executive Director Lisa Hagman said. "It was a godsend for us it was a blessing, I have enough for lunches and dinner."