The owner has been closely watching COVID since it tore through the first nursing home in Washington State. 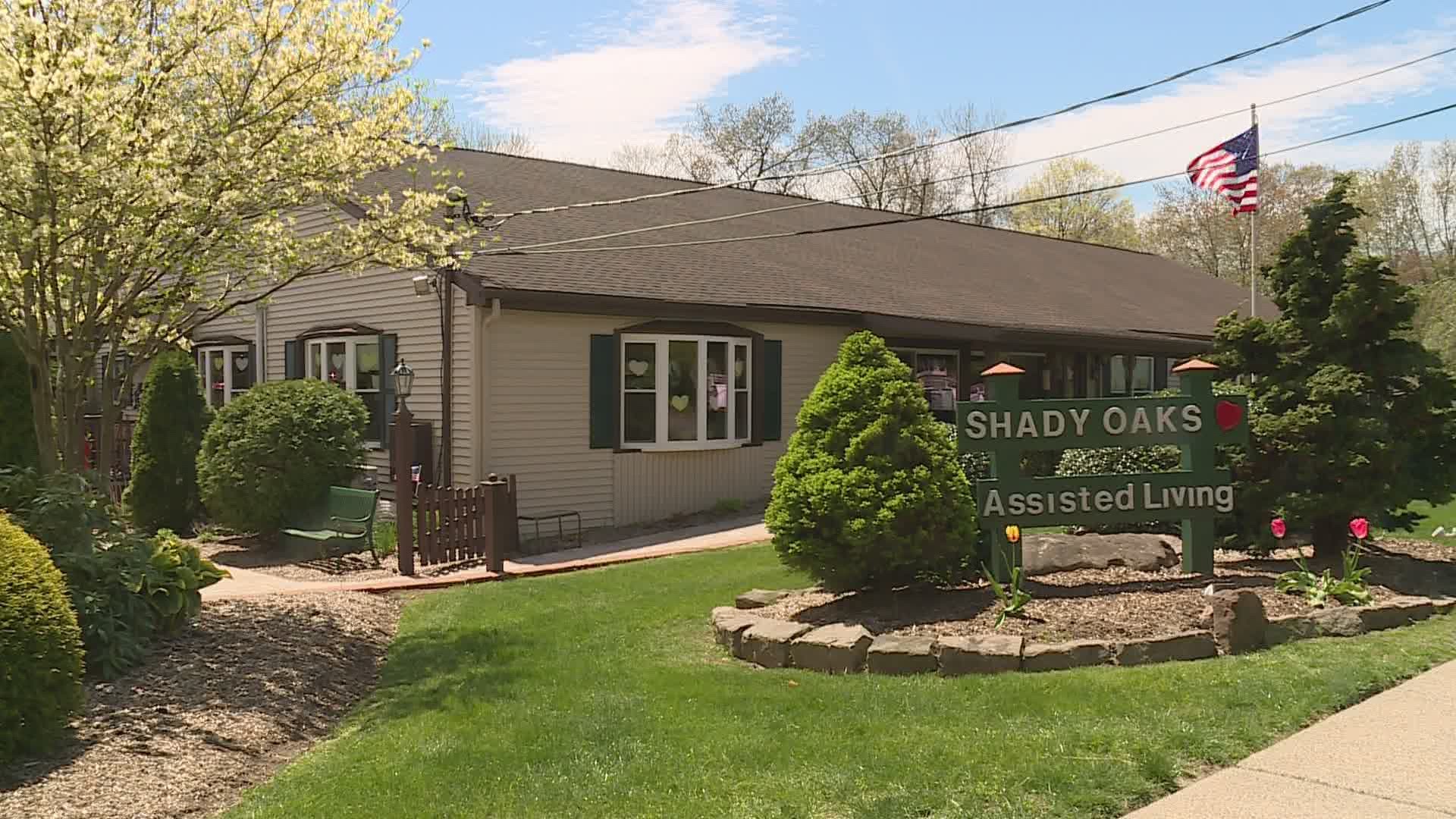 BRISTOL, Conn. — With COVID now inside more than 60 assisted living facilities and 159 nursing homes, we can learn some lessons about who is doing things the right way.

It’s a tough time for families of loved ones in longterm care facilities. As of right now, there’s no visitation until at least September 9th in order to stop exposing residents to possibly asymptomatic transmission of the virus. But at Shady Oaks in Bristol, they’ve taken safety a step further.

Tyson Belanger has served 3 tours of duty in Iraq as a Marine infantry officer. Now he owns his families assisted living facility in Bristol. It’s called Shady Oaks. It’s family owned and operated. Tyson’s parents built the facility in 1976. Both his grandmothers got care there.

Tyson has been closely watching COVID since it tore through the first nursing home in Washington State. Tyson knew he had to act. “I’ll tell you I had some sleepless nights. I was waking up in the middle of the night with sweats trying to think what are we going to do?” he said.

Then he had a radical idea. “People thought I was crazy,” said Tyson. “We were like oh wow, he’s going a bit extreme,” remarked Faith Brouker, a nurse at Shady Oaks. It’s called — ‘the bubble.’ “The reason we call it the bubble is that it’s delicate. It’s vulnerable,” said Belanger. But it hasn’t popped. No COVID. Tyson and 17 staff are living on site. They are quarantined with the residents for 10 weeks. 24 hours a day, 7 days a week. No one in, no one out. They are staying in RV’s.

They have no physical contact with their families, but also no exposures to the virus. “When he first approached me with it, I can’t lie. I was like there is no way I am leaving my house for two months and just giving up life to be here. But then your emotions start and you think about it. About what his goal and aim is. To keep the COVID out of the facility and to join in and be part of a movement and that’s what I think this is now,” said Brouker.

They’ll continue in the bubble until June 1st. At that time, Tyson says they’ll have an abundance of PPE and be able test every resident and staff member at least once a week.