Connecticut hairstylists say they will reopen when the time is right

The COVID-19 shutdown is taking its toll on small businesses. 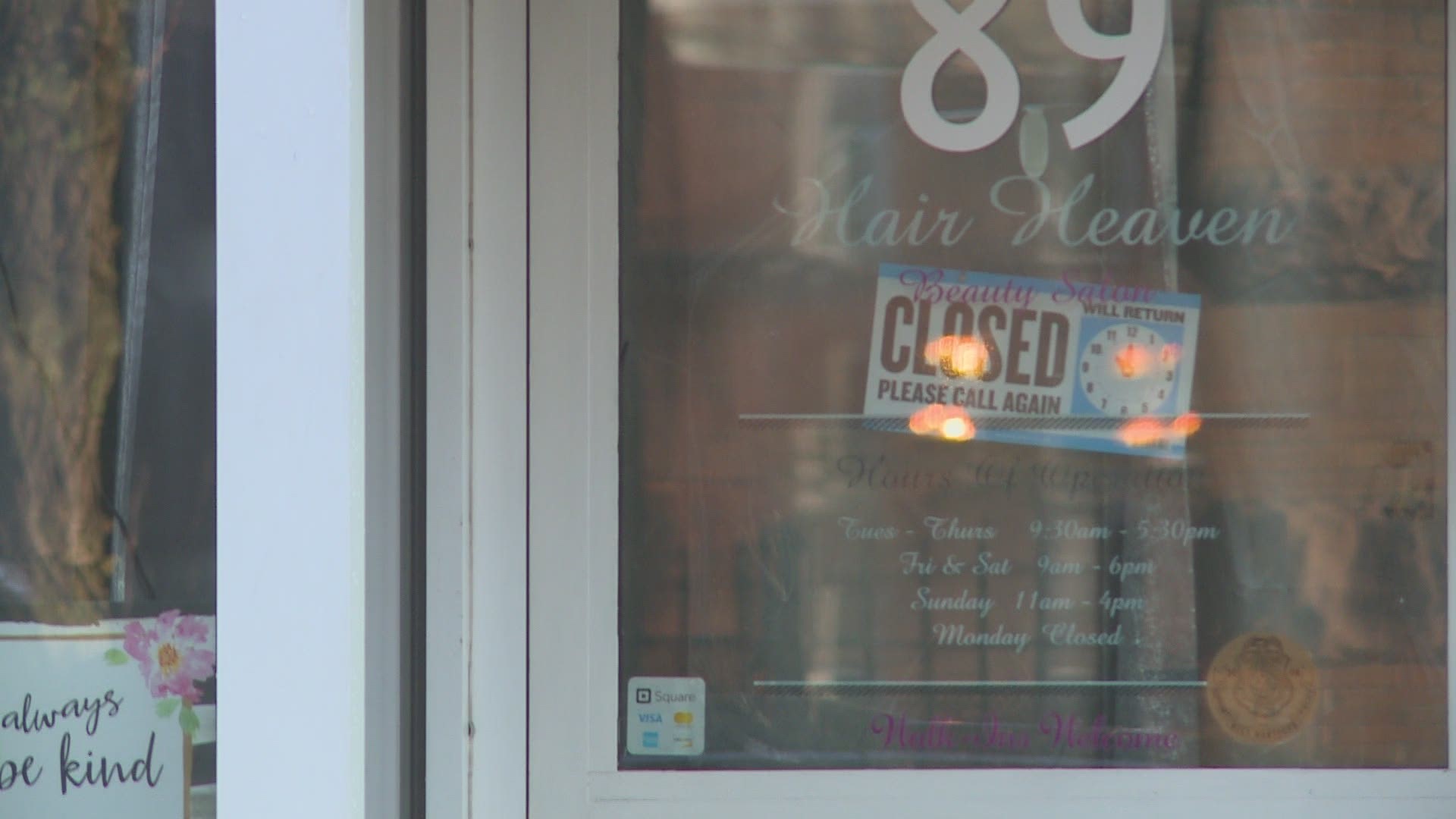 Nearly 12,500 people have signed a petition asking to reopen barbershops and salons. Those in the industry are wondering if they will ever be able to reopen while clientele are frustrated in need of a cut.

"It feels like a part of you was taken from you when you can’t practice your art form every day," said Lauren Brigante.

The COVID-19 shutdown is taking its toll on small businesses. Particularly hair salons and barbershops who find themselves struggling in what would have been a profitable time.

"It’s prom season. It’s wedding season. Springtime is coming. Its highlight season and all these events are shut down," said Brigante.

Brigante says her Eurolux Day Spa in Brookfield would like to reopen for her 10 employees and their dedicated clientele but say social distancing rules won’t provide a long-term solution to paying the bills. Some hairstylists say even with masks and gloves, reopening is a risk they aren’t willing to take.

"They could have somebody come in contact at home, with themselves and we’re just very close. We are to literally in your face," said Suzanne Castellani.

"It will be for nothing if we end up back where we started," said Michelle Varrone.

Brigante’s shop and others like Varrone's Salon V in Fairfield believe they will weather the storm and will hire back their employees hopefully sooner rather than later.

"Because the unemployment is not really covering the bills for them," said Varrone.

For smaller shops, newer locations and those who rent a chair this pandemic have them feeling left behind. The Paycheck Protection Program for small businesses will forgive loans if employers keep workers on the payroll for eight weeks.  Financial experts say that there is nothing that prevents self-contractors from pursing aid under the act.

"The misconception again is that self-employed people can’t go out and get a PPP. You don’t have to have payroll and that’s an important distinction," said Matt Carbray of Ridgeline Financial Partners.

With the Federal Government approving more funds to be added to the CARES Act, Carbray believes small businesses can benefit but they need to act fast.

"Just based on what we saw in the last round of funding, I wouldn’t be that confident that those who have not yet already started this process will get funding," said Carbray.

Carbray says that if your application has been denied in the past to not restart the process. He said instead you should work with your lender to find other solutions so you don't lose your place in the queue.  He also says if you haven’t received unemployment yet it will be back paid once the funds are available.