Teams began deploying Tuesday and will continue on a rolling and consistent basis until the crisis is over. 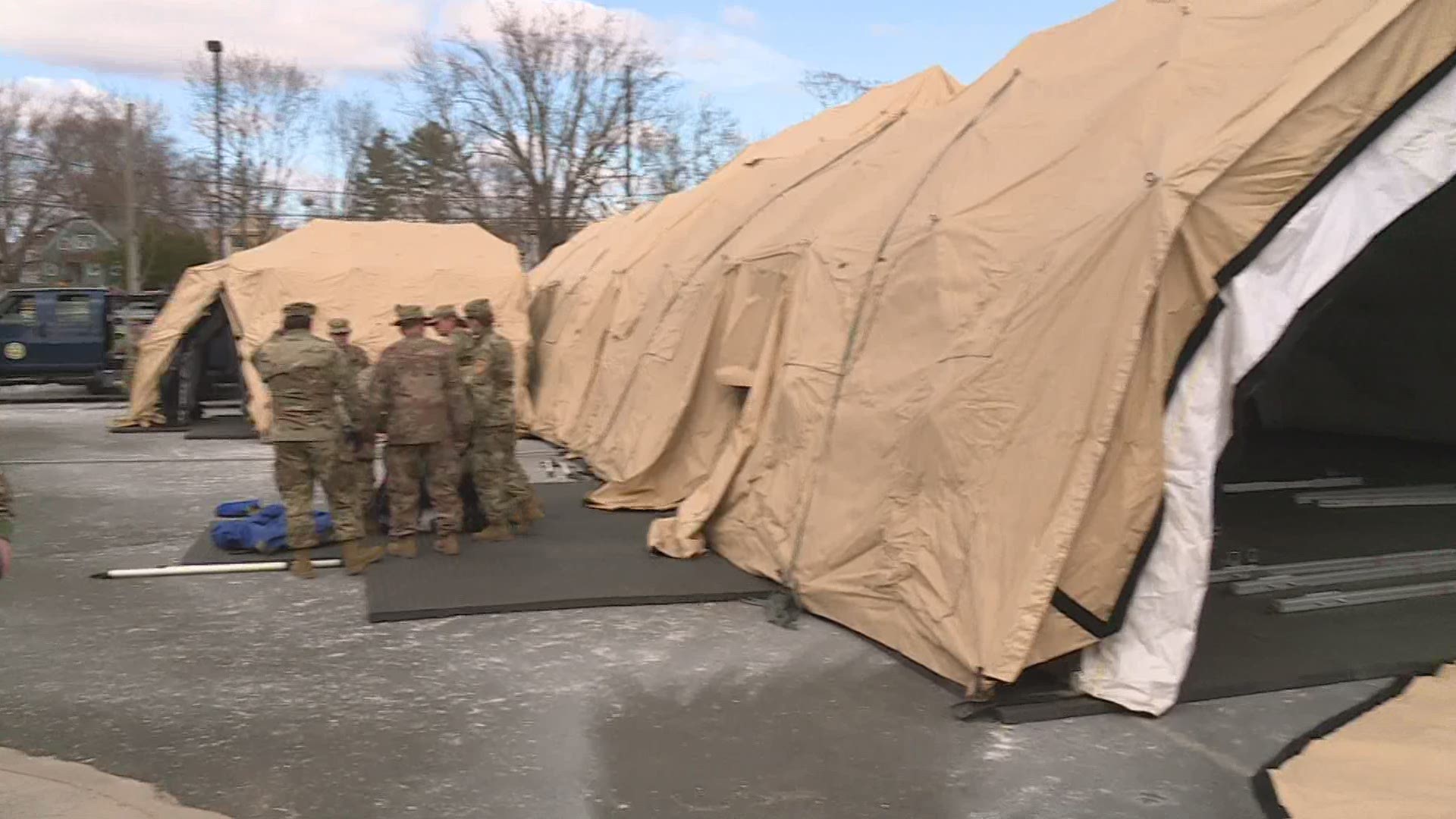 HARTFORD, Conn — Infection control at the state’s 215 nursing homes has become a top priority. But despite best efforts, the State Department of Public Health just doesn’t have the resources to stay on top of it. Enter the Connecticut National Guard. They'll be helping to inspect all long-term care facilities.

Teams began deploying Tuesday and will continue on a rolling and consistent basis until the crisis is over. From setting up a mobile field hospital to inspecting nursing homes. It’s what the National Guard does, or are least, what they’re doing during this unprecedented time.

"We have 40 staff in our Department of Public Health who have been doing on site inspections of nursing homes and increasingly assisted living facilities," said Connecticut Chief Operating Officer Josh Geballe at a recent news conference.

But now, the state is getting help. Boots on the ground. 30 National Guard medics and civil support team members. They’ll pair up with the Department of Public Health’s Facility, Licensure, and Inspection teams to check up on long-term care facilities. They are trained in advanced infection control.

"They are actually trained in weapons of mass destruction, detection and safely handling chemical and biological threats so they actually have extensive training," explained Captain David Pytlik of the Connecticut National Guard.

This will allow the quality check of long-term care facilities to happen more efficiently and more frequently.

The inspections are unannounced. On Tuesday, DPH and the National Guard teams were deployed into these six long-term care facilities. FOX61 was at Hughes Health & Rehabilitation in West Hartford and Touchpoints at Farmington as teams were not only inspecting - but teaching.

"This is meant to make sure that the systems are in place that they are being used and followed and then if additional training or resources are necessary then that’s something that would go through the Department of Public Health. This is about helping people this isn’t about catching somebody on a bad day," said Captain Pytlik.

At the same time as nursing home inspections were taking place, the national guard was coordinating with FEMA and local officials to distribute critical PPE in West Hartford to healthcare providers, municipalities and for the first time, small businesses too.

"For businesses with 50 or fewer employees, were able to get some supplies and the municipalities were able to pick that up and disperse it when they get back to their community. This is a marathon, not a sprint and this is the beginning of trying to get the municipalities stock up for whenever the decision is made that we can start reintegrating business into active status," explained William Perkins, the Incident Management Team Commander.

The PPE comes from all over. The national stockpile, state order fulfillment, and donations, including a $3 million dollar donation from Raytheon.

The CT National Guard is made up of about 5,000 members. 3,600 on the Army side and 1,400 from the Air Force. And in addition, to help from the National Guard it was also just announced that the Centers for Disease Control is also sending teams into nursing homes across most of the 50 states.