After many business owners complained, phase one rules are being revised 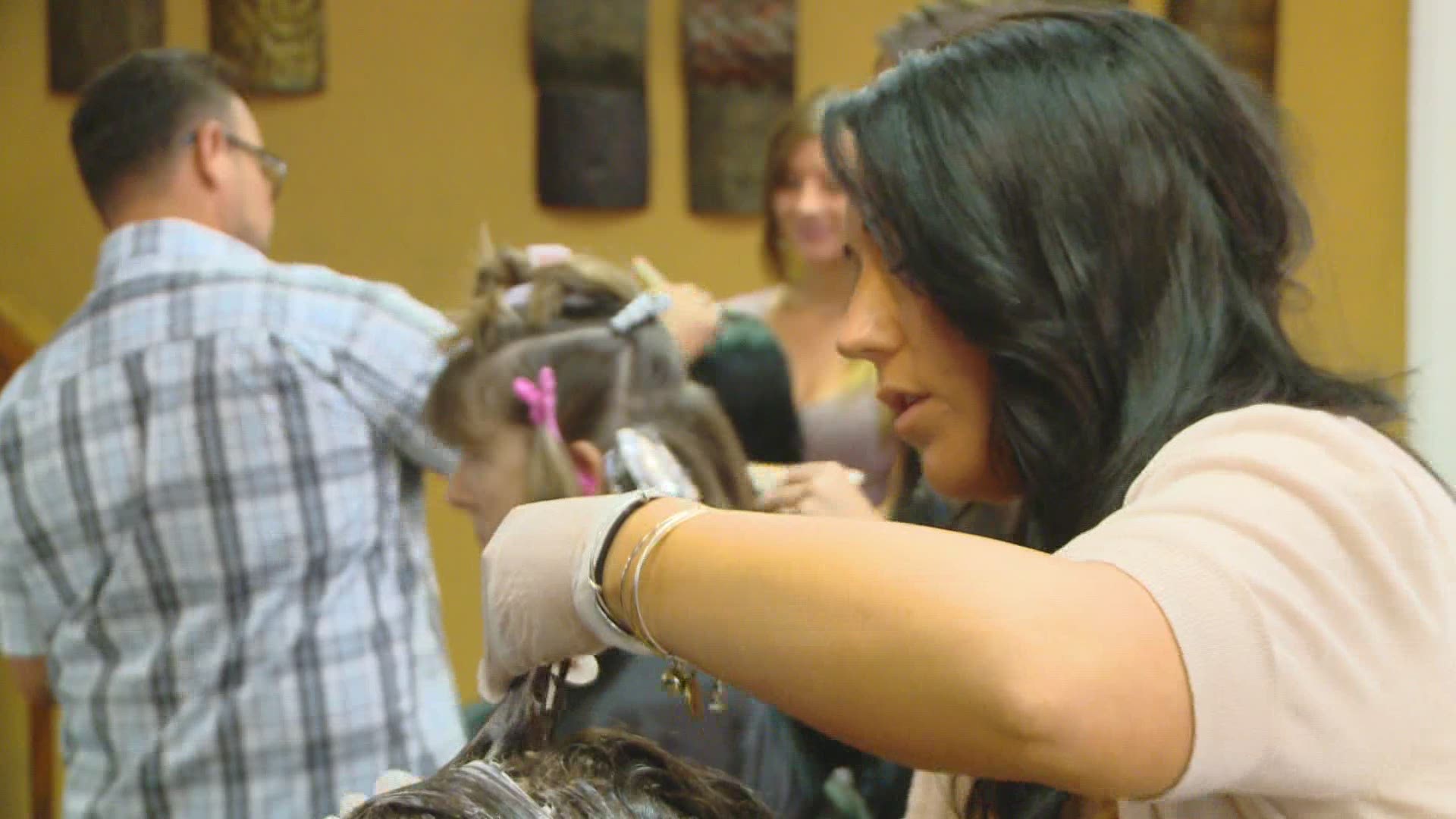 Roberta Hoskie is part of a working group advising the state's reopening task force about the hair salon industry. Hoskie tells FOX61 that after days of complaints, the state decided to revise its rules.

A spokesman for Gov. Ned Lamont's Office tells FOX61 that blow dryers will indeed be allowed when salons reopen starting May 20 at the earliest. Salons are not required to reopen on the 20th, but they are permitted to.

Hair salons are one of the businesses that are able to reopen under certain guidelines come May 20, but the response has been mixed from hair stylists and owners.

“My first thinking was this is going to hurt but this is something necessary,” hair salon owners Debbie McDonald.

Like other salon owners McDonald has had to close up shop since March.

For Odete Desilva she recalls the days of extensive cleaning right before closing shop.

As the state’s May 20 reopen date nears, salon owners are making tough decisions on whether to reopen.

“Our workers are worried about themselves and bringing any kind of contagious COVID-19 back to their families,” Dasilva said. “We are going to need obviously the PPE we are also going to need particular disinfectants to sanitize certain tools and then also the space itself,” Dasilva.

Some of which Dasilva says many salon owners do not readily have or the means to purchase.

Real estate broker and member of the governor’s business subcommittee for reopening Roberta Hoskie had this to say:

“There was a metrics that was put together and then versus number of unemployment, as well the level of risk and so if there were certain businesses that fell below a certain risk they went into phase one,” Hoskie said.

Hoskie also says the reopening is voluntary not mandatory. But DaSilva says that creates an unfair advantage for hair salons who have to stay closed.

For McDonald she is currently working on meeting the guidelines.

She added that she won’t be ready to reopen until at least June.

“A lot of people are asking me about that.. friends and family who are very interested in the blow drying issue,” said McDonald.

“In the lab, [blow dryers] propel a lot of force to these respiratory particles some of them will aerosolize and travel longer distances and I think that would be the concern,” explained Dr. Banach.

Because of the hair textures, for certain races blow dryers are needed for hair styling unless the hair is worn in its natural state.

“Blow drying is essential for African Americans, Latinos and other races and cultures as well who have curly hair,” DPH Public Health board for cosmetology member Francine Austin said.

Hoskie says she has brought up this concern about the blow dryers of how it can inherently mean many salons who cater to certain hair types can’t reopen.

“If it’s not a true health issue then we don’t need to have it, if it’s a true health [issue] then there’s no one that needs to open up, because it’s not fair that part of the salons can open up and then other ethnicities cannot open up a salon,” Hoskie said.

In the meantime she says the state encourages salon owners to continue to express their concern and bring them forward.