Coronavirus: The viral controversy behind the numbers 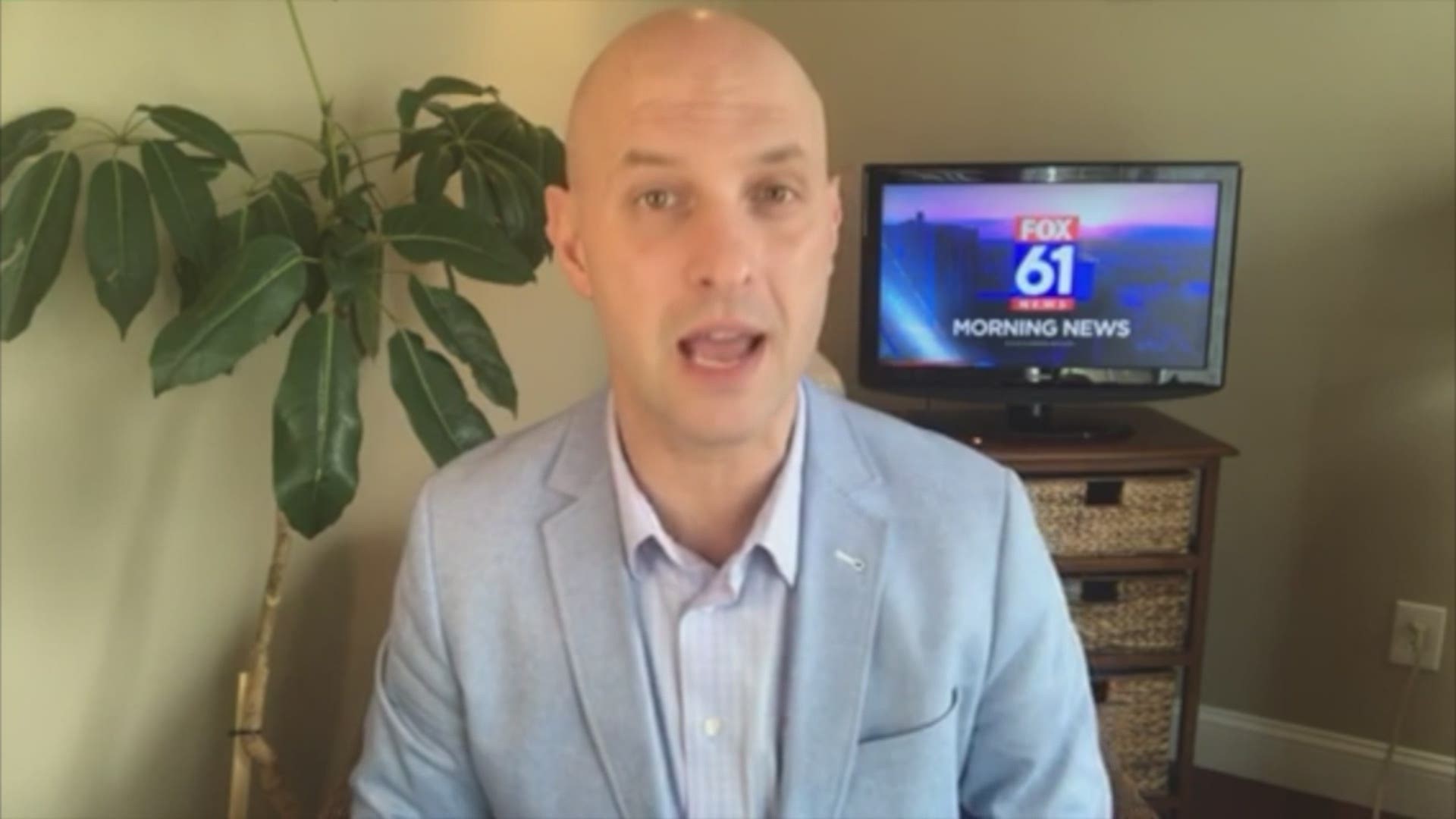 HARTFORD, Conn. — The quote is most often attributed to Mark Twain, although he was paraphrasing:

“There are three kinds of lies: lies; damned lies, and statistics.”

The gist of this quote is that facts and accurate statistics can still be twisted, intentionally or unintentionally, to frame almost any point an author wishes to make, if he or she is clever enough. For the purposes of this article, I present this quote to show that numbers and statistics - which can be confusing enough - can get especially confusing when dealing with the exponential growth of this pandemic, and the not-entirely-complete efforts to disseminate information about it to the public. Nothing here is a lie, but the truth in the numbers is complicated.

I posted a tweet Tuesday, in which I provided two seemingly contradictory trends that we’ve seen in the latest nationwide numbers of infections from this new coronavirus. The numbers are all true - I’ve provided the date and time at which I mined them from the Johns Hopkins worldwide coronavirus tracker.

Check out the original tweet by @timlammersfox61 that went viral, and add your opinions!

One trend is clearly bad news. It shows how we’re not only getting new cases of coronavirus each day, but there is also a daily growth in the number of new cases. By the morning of March 20, we had roughly 4,800 new cases in the previous 24 hours. By April 1, that number rose to 25,000. That is an exponential rise - one that doesn’t go up in a steady fashion, but shoots up suddenly and dramatically.

The other trend I carefully framed as the tiniest sliver of good news, if only in the sense that it could have been worse. It showed a trend for the better. Instead of looking at the numbers of daily new cases, it looked at the total number of confirmed infections on a given day, and then compared that to where the US stood four days prior. I chose four days arbitrarily - I could have chosen two or three day intervals. I was trying to quantify just how exponential the exponential rise is at a given moment - are the cases going up by a factor of two every four days? A factor of three? This is a similar metric to ones you may have seen in the mass media, in which epidemiologists are tracking how long it takes for the total number of cases to double. In an exponential growth situation like this, it doesn’t take long. However, if that time interval is starting to slow, that’s better than if it’s staying the same.

It would be irresponsible to call this “good news.” It would be more centered to frame it as news that could have been worse. Where the Twitterverse seemed to disagree, though, is what significance that slow down had, if anything, and what was behind it.

The explanations for the percentage drop could be grouped into three categories:

To be clear, I have no concrete answers, and have not had the chance to interview any epidemiologists or infectious disease experts to see what they have to say. Don’t be surprised if all three explanations are true to a certain degree.

Personally, I’m the most interesting argument is the third. I keep waffling back and forth as to whether it’s the real explanation. On one hand, the point is valid. That quadrupling I mentioned from March 17 to March 21 only represented an increase of about 20,000 cases, whereas the “only” 80 percent jump from March 28 through April 1 represented an increase of about 85,000 cases. It’s a lot easy for numbers to quadruple when they’re in the thousands, and not the hundreds of thousands.

However, this explanation may be losing a true sense of the scale of pandemics. The 2009 Swine Flu pandemic ultimately affected an estimated 60 million Americans, albeit through two different waves. Dr. Matthew Cartter, the state’s top epidemiologist, estimated that 10 to 20 percent of Connecticut residents could be infected with COVID-19 in this first wave if appropriate measures aren’t taken. If you extrapolate that percentage to the U.S. population as a whole, that would come out to a similar range - 30 to 60 million infections. On that scale, the current number of 190,000 infections seems small.

So is the dropping four-day percentage truly a sign of progress or not? As of right now, I don’t know. One thing we do know, though, is that we’ll know for sure we’ve passed the peak not by looking at percentages, but by looking back at that first trend, the bad news trend. The number of new daily infections. Once that consistently starts dropping, we will finally, mercifully, be on the downside of this wave. It will happen eventually. From there, we’ll have to marshall all the world’s expertise and resources to blunt a possible second wave, if it comes in the fall.