Family and friends of Glenn Merritt said it's been a scary seven months. Now, the New Haven man is determined to encourage his age group to get vaccinated.

WALLINGFORD, Conn. — It has been a formidable fight for Glenn Merritt. For the past seven months, he’s has been inside hospitals all across Connecticut.

Merritt, known to friends and family as “Big G,” is just 25 years old and an unlikely, but cautionary tale of how potent the coronavirus has been.

A native of New Haven, Big G was hospitalized in late March with COVID-19, and his health rapidly declined from there.

RELATED: A father of six from Florida finds the COVID-19 care to save him in Connecticut

While at Saint Francis Hospital, Merritt was intubated and on ECMO support for three-and-a-half months.

Slowly Merritt made progress and was transferred to Gaylord Hospital in Wallingford to rehab from the ravages to his body that the virus has caused.

“I feel like I owe them everything,” Merritt said of his healthcare team, just after walking out of the hospital.

There was a gallery of friends and family there to greet him.

"I don’t know how to repay them but as soon as I figure out a way I plan to," he added.

Linette Merritt, Big G’s mother, said it has been a scary seven months.

"We almost lost him a couple of times," Linette told FOX61. "I would definitely say he was a miracle.”

Brittany Martino, one of the team nurses at Gaylord that cared for Merritt echoed that statement, saying its honestly a miracle.

"We are celebrating him just recovering and moving forward,” Martino said.

Saint Francis Hospital nurse Isaac White also made the trip from Hartford to see Merritt off.

"It was a lot of fighting on his part, he was acutely ill at one point, but he made it through," White added.

Merritt, who will require dialysis treatments to help with his failing kidneys, said he plans to pursue his master’s degree in criminal justice. He is just one more semester's worth of work.

Now that he is out of the hospital, Merritt says he is determined to get the word out about vaccinations – especially to his own age group – those in their 20’s.

RELATED: A support group where surviving COVID-19 is their common bond

Several of Merritt’s friends and family have already opted to get the COVID-19 vaccine after seeing what he has endured.

“I feel like people in my age group don’t take it as seriously as they should,” Merritt said. "Just get vaccinated and prevent all of this.” 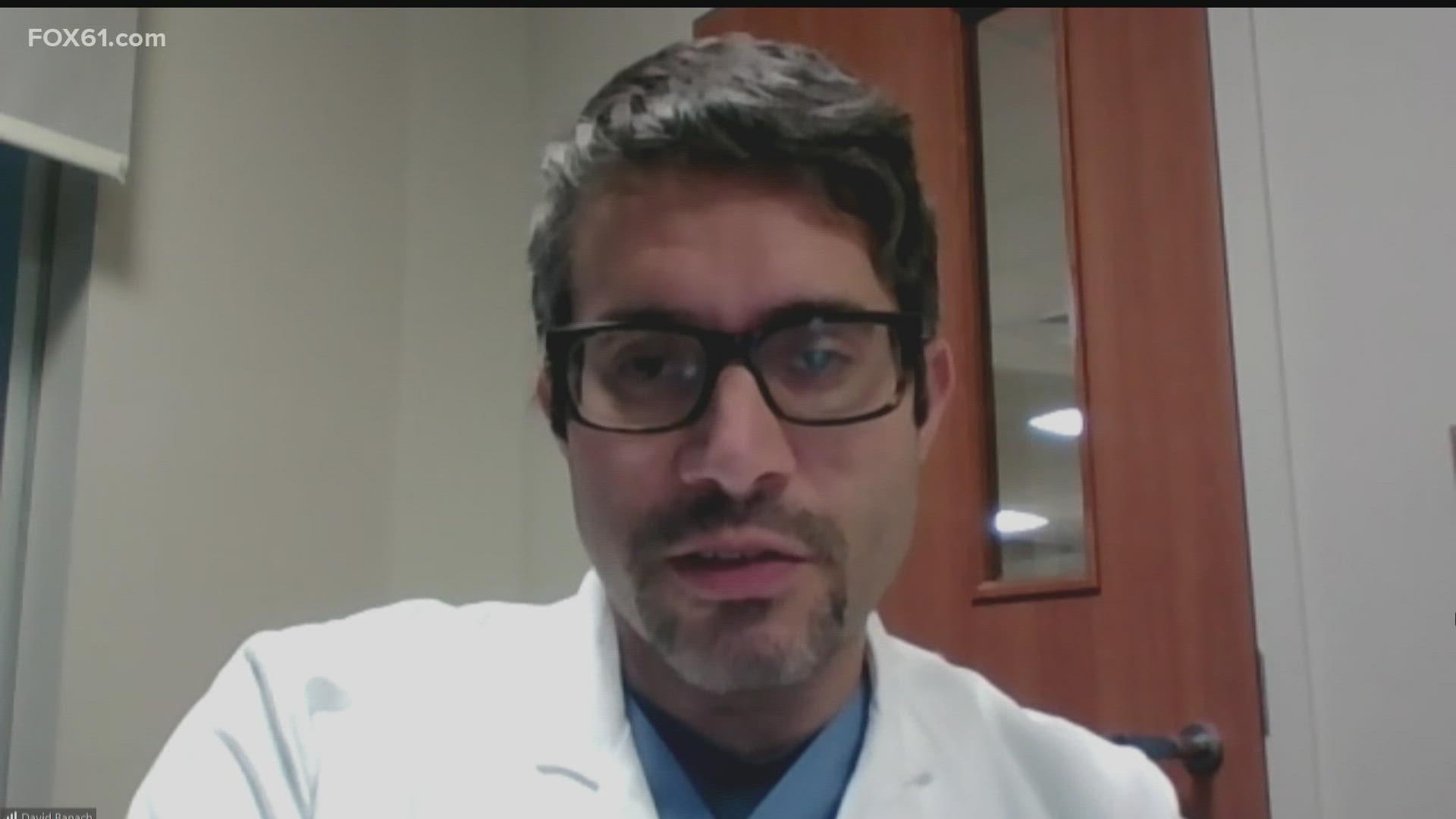