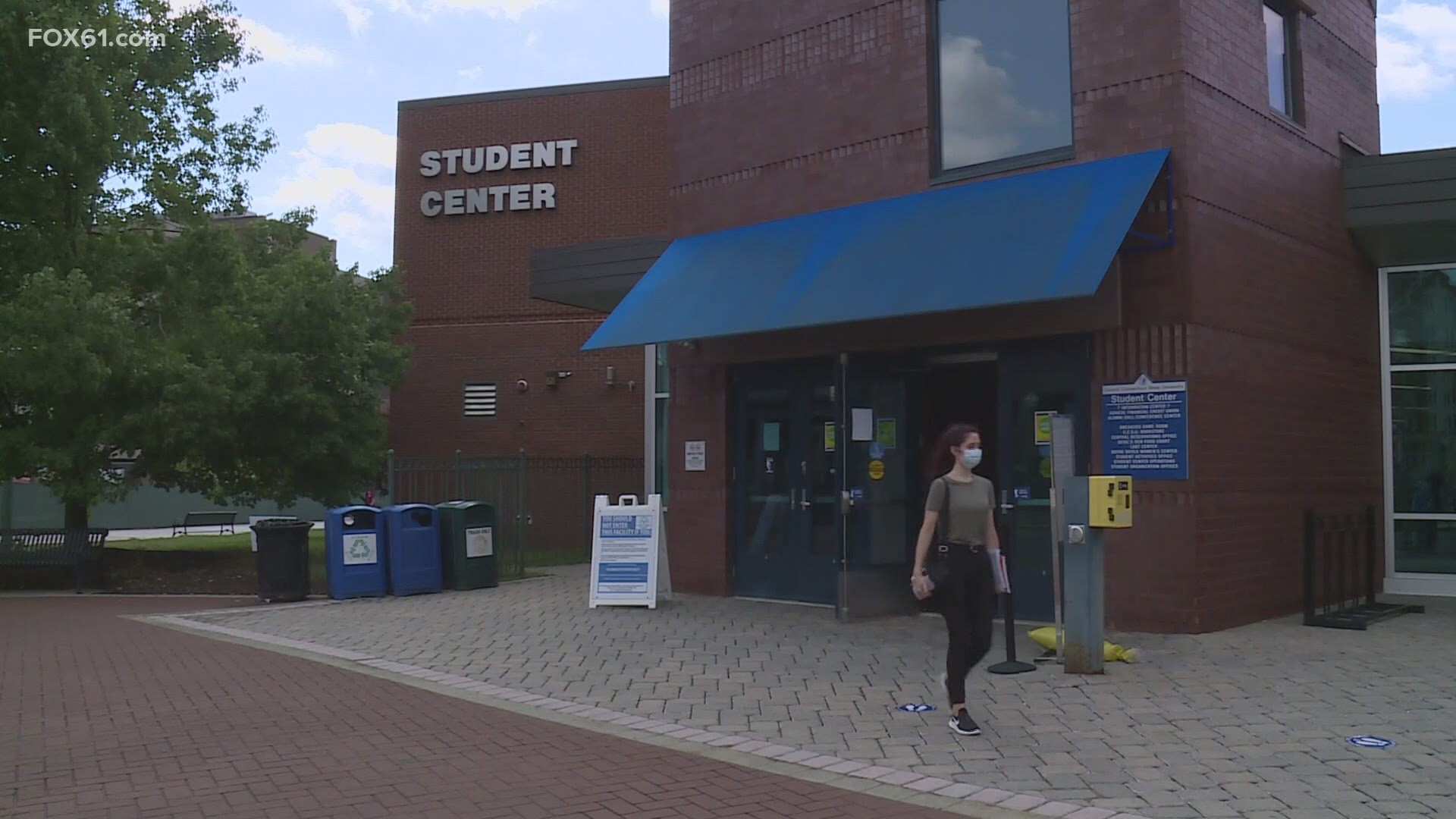 NEW BRITAIN, Conn. — Connecticut’s State Colleges and Universities are in deep financial trouble. They are asking the state for money to help them get through the pandemic.

Fewer students are enrolling and CSCU officials say the unions aren’t willing to help. The school system says they have about a 90-million-dollar budget deficit and can only make about 20 million in internal cuts. The Connecticut’s State Colleges and Universities system is asking the state for a $69-million bailout to fill a pandemic related hole in the budget. President Mark Ojakian said, "Enrollment is down at the community colleges and state universities. Equally as important is the residence hall capacity is drastically down from what we anticipated. So, we’re not getting the revenue in from room and board that we would have expected."

The alternative to a bailout would be draining their emergency budget. "Which would leave our reserves at dangerously low levels," said Ojakian, who sent a letter to Gov. Lamont asking for the funding. The Governor says they’ll talk about it. "I put it as a conversation. But I know the tough times they are going through," said Lamont.

The unions haven’t cooperated to shoulder some of the burden and Gov. Lamont has said in the past he had no choice but to let the unions state mandated raises that were negotiated in the SEBAC agreement kick in. That totaled $20 million. "I’m inclined to do everything I can to help. We’ve provided all he PPE and all the testing that we can for the state schools," said Lamont.

Ojakian says he’s forced to consider furloughs. "The value of one furlough day throughout the system is between 1.7-2 million. So, we would love to have a respectful conversation," he said. Another option is to use $36 million that was set aside as part of the plan to consolidate the CSCU system to supplement the budget crisis. Ojakian says the one thing he won’t do is put the budget crisis on the backs of students. "Now is not the time during a pandemic to put the extra burden on students and their families to help bail us out. I think between the state of CT and union leadership we can figure it out together."

The financial woes come at a crossroads for the state financially. Federal funding from the C.A.R.E.S. Act is 90% spent. To fill the $1.8-billion-dollar hole created by the pandemic, Gov. Lamont has proposed tapping into the state’s rainy-day fund. which is one of the largest in the nation at $3 billion.